The Lofty Lesson of a Silent Aleph 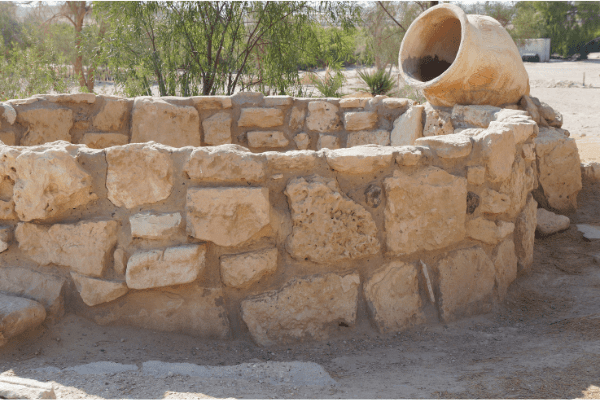 She is a tree of life to those who grasp her, And whoever holds on to her is happy.

The better hours of my adolescence were spent at Grateful Dead concerts. I made great friends and had a great time. But the main draw was, of course, the music. Tuned to the tempo of a heartbeat, the music was meant for slow dancing, swaying for hours. I loved standing right next to the oversized speakers, feeling the bass line deep in my chest.

My friend Moishe was an ardent fan of the Dead and considered himself the expert on all things related to the group. So it really perplexed me when I referenced a song, quoting the lyric: “Having a hard time living the good life.”

“The song goes ‘having a high time living the good life’,” he said. “It doesn’t make sense the way you said it. If it’s “the good life,” it wouldn’t be hard.”

“It doesn’t make sense the way you heard it,” I responded. “There’s no reason to sing about having a high time while living the good life. It isn’t a meaningful message. And you gotta work hard to get the good life.”

The argument went unresolved but I suspected Moishe was right and I had misheard, standing too close to the huge speakers. Years later, a friend told me that the Grateful Dead actually sang both versions, alternating between ‘high’ and ‘hard’, changing back and forth even mid-song.

But the lesson I learned is that you can’t always believe what you hear, or even what you see. This is even true of Bible study.

The Jews have been scrupulous about transmitting the Bible down through the generations through a rigorous tradition of scribes. So it is unusual in the extreme to find a misspelled word. If it is truly an error, a misspelled word renders a Torah scroll unsuitable for use. But in the section of Jeremiah read on the second of the three weeks, a word is intentionally misspelled!

Why would Jeremiah intentionally misspell a word in the Bible?

While Jeremiah is rebuking the people for abandoning God, he says:

For My people have done a twofold wrong:They have forsaken Me, the Fount of living waters, And hewed them out cisterns, broken cisterns, Which cannot even hold water. Jeremiah 2:13

The Hebrew word employed in this verse for “cisterns” is borot. Normally spelled בורות, in this verse it is misspelled בֹּארוֹת with an extraneous aleph. To make matters worse, the word is repeated, misspelled both times. The aleph is a silent letter and does not change the pronunciation. So why would Jeremiah add it in?

Rabbi Mendel Hirsch, in his commentary on the haftarot (reading from the prophets), gives an insightful perspective that suggests a deeper meaning to the “misspelling”. He notes that a bor (בור) is an empty pit that passively fills up with water that flows in from other sources. A be’er, spelled באר, is a spring, bringing forth living water from deep sources.

Rabbi Hirsch suggested that by adding the perplexing aleph, Jeremiah was hinting that the nation of Israel had confused a bor (pit) with a be’er (spring), running after ‘empty pits’ (i.e. false beliefs) that contained no substance and only the illusion of living waters. They rejected the be’er, the living waters of God’s Torah.

This is surely a failing that persists to this day both in Israel as well as in the rest of the world. So many people have adopted beliefs that contradict the Bible, claiming they are true. Liberal values are so attractive, looking like they are accepting, kind, and pluralistic.

In Hebrew, politically correct is defined derisively as yefoot nefesh, pretty soul. Liberal values are designed to be attractive. But they are borot; pits of water that when they are empty, they have no sources of their own. They contain no living waters.

The greatest source of living waters is the Torah. Its source is the source of life itself and it will never run dry. In this day and age it is easy to become confused, just as the Jews in Jeremiah’s time were confused. So many religious people have begun to look at the Bible as a hobby to bring into their lives for a few hours a week while they run their lives according to the “pretty soul” values. But the Bible is a be’er; the source of life, and will give meaning to those who follow it.