The Hidden Gift of Charity 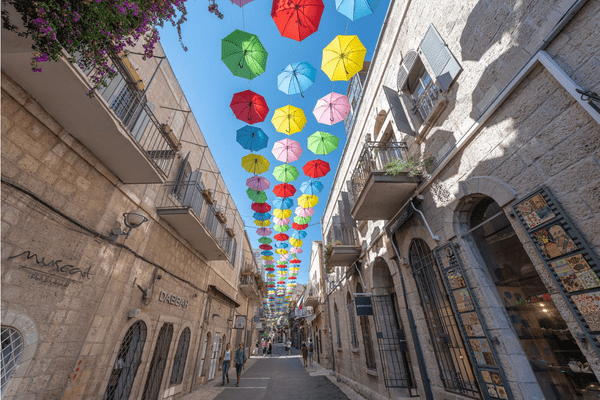 For there will never cease to be needy ones in your land, which is why I command you: open your hand to the poor and needy kinsman in your land.

Usually, it is only the significant events that we remember decades later. But I still remember every detail of what happened 23 years ago. I was on my way home from reserve duty and anxious to get home. It was evening and I had missed dinner. I had about half an hour until my bus left and I was lining up to buy a falafel at a restaurant near Jerusalem’s central bus station. A one-legged man on crutches approached me, clearly a beggar, so I reached into my pocket, ready to pay the five shekels that would end the interaction. But as I held it out between us he shook his head.

It dawned on me what a rare opportunity had just presented itself. He waited in line next to me and when he hesitated, I told him to order whatever he wanted, including something for later. He sat with me and we ate together. His name was Shlomo and he had been born and raised in Jerusalem. I had to leave to catch my bus but I gave him twenty shekels before parting.

As I settled in for the bus ride home, I realized that I had encountered Shlomo before. About five years earlier, I was interviewing a prominent businessman known for his philanthropies which were mostly political in nature. We were sitting at a sidewalk cafe in a busy neighborhood of Jerusalem famous for art galleries. Shlomo appeared, weaving between the tables on his crutches.

As he approached our table, the wealthy man sitting across from me shifted his body so he would have his back to Shlomo.

“He can work,” he mumbled, as an explanation.

One of the great joys of being part of a religious community is the opportunity to give. Charity is, of course, explicitly mandated in the Torah. But what many people don’t realize is that a request for charity presents many potential pitfalls for the giver.

The simple reading of the Torah teaches much more about the command to give charity than many realize. But the verses require a bit of introspection to reveal their hidden message about this important mitzvah.

If, however, there is a needy person among you, one of your kinsmen in any of your settlements in the land that Hashem your God is giving you, do not harden your heart and shut your hand against your needy kinsman. Rather, you must open your hand and lend him sufficient for whatever he needs….Give to him readily and have no regrets when you do so, for in return Hashem your God will bless you in all your efforts and in all your undertakings. For there will never cease to be needy ones in your land, which is why I command you: open your hand to the poor and needy kinsman in your land. Deuteronomy 15:7-11 (The Israel Bible page 477-478)

To the uninitiated, the mitzvah of charity seems to be the most simple of all good deeds. A person needs money so you give it to him. But, in fact, the Torah goes into great depth, spending more time describing the impact charity has on the giver. One of the greatest pitfalls is hardening your heart. As the potential recipient approaches, layers of callousness begin to cover our hearts, convincing us that we cannot afford to give or, God forbid, that the asker is unworthy of our largesse. The Torah instructs to provide, “sufficient for what he needs.” This could be leniency since, usually, the person just needs to make it through the day. A meal or a bed, accompanied by kind words of encouragement, go much further than most realize.

But what most people don’t realize is the effect that giving charity has on the giver. It unhardens your heart, allowing you to feel the sweetness of life and what God has given you. God has sent this person your way for a reason; to heal your heart. And by doing so, by giving with “no regrets”, everything the giver does after that will be blessed.

After my meal with Shlomo, I returned home. My wife had stayed up waiting for me. She knew I would be hungry so she had dinner ready for me. We were living in a caravan at the time with two small children. But as I sat and listened to my wife tell me about what I had missed that week while I was in the army, I was feeling completely blessed in every way. True, I did not have a luxury apartment like the one the philanthropist had shown me as part of the interview. But I had something else so much more meaningful.

I realized that a person can have everything his heart desires but if his heart is covered in callouses, unable to feel the needs of his kinsman, he will not be able to feel the blessing in what God has given Him.

Whenever I go to Jerusalem, I look for Shlomo. I want to invite him to come to visit my home, to see the blessings that he has allowed me to feel. To be honest, not so long after my encounter with Shlomo I was forced to ask for help from the community. Thank God, there was a food bank and a neighbor showed up every week with a box of food. It was difficult for me to swallow my pride but I realized that it was my turn. I was giving my neighbors the gift of an uncalloused heart. My neighbors who didn’t need to go to the food bank were blessed. And thanks to my needing charity, their hearts would be able to feel their blessings.