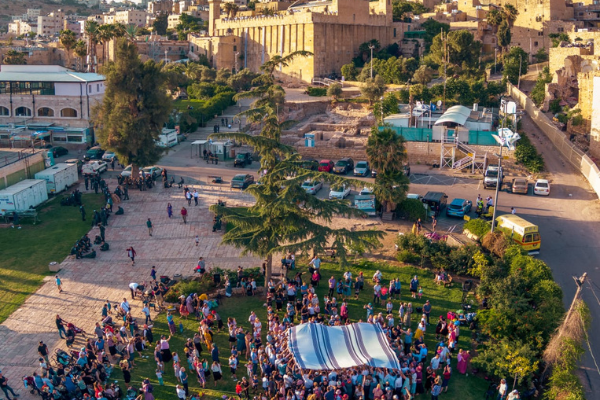 They combined against Moshe and Aharon and said to them, “You have gone too far! For all the community are holy, all of them, and Hashem is in their midst. Why then do you raise yourselves above Hashem's congregation?”

Communism didn’t start with Karl Marx. It actually began 3,500 years ago with a different man – Korah.

Korah was the wealthiest Israelite alive when God took the Children of Israel out of Egypt. He was from the tribe of Levi, and thus was never enslaved by the Egyptians. In fact, our tradition teaches he attained his fortune by making and selling bricks to the Jews who were enslaved.

Korah makes his appearance in the Bible by stirring up a small revolution and complaining to Moses: “What makes you think you’re so holy that you can rule over the Children of Israel? Everyone is holy!” (Numbers 16:3)

This sounds like a legitimate complaint. Aren’t all men created equal?

The truth is every human is created in God’s image, as the Bible makes clear in Genesis 1:27, “And Hashem created man in His image, in the image of Hashem He created him; male and female He created them.” Every human being is holy!

So then what’s the problem with Korah’s complaint? Where did Korah go wrong?

The problem with Korah is that he really didn’t care about equality. He wasn’t actually an idealist fighting for the rights of the people. That was all a facade! His true motivation was jealousy, pure and simple. He hoped to get rid of Moses and make himself the leader of the people of Israel! His arguments for “equality” were merely a way to manipulate people into following him. That’s Communism!

Remember George Orwell’s book Animal Farm? It was the perfect parable for Communism. The pigs had a famous line: “Everyone is equal, but some are more equal than others.”

Animal Farm brilliantly portrays the way evil people use “righteous” arguments as a way of grabbing power for themselves. The pigs in the story knew exactly what they were doing. They were twisting the truth in order to steal power and rule over others.

The story of Korah is an incredibly important warning for our generation. Sadly, many politicians demand “fairness” and “equality” for all, when what they really want is power for themselves and for their friends. Their high-minded arguments conceal their true intentions.

Though the politicians may be new, their tactics are not. Korah and the Communists tried all this before. And it is our job to call out the truth!