The date is a symbol of strength and righteousness 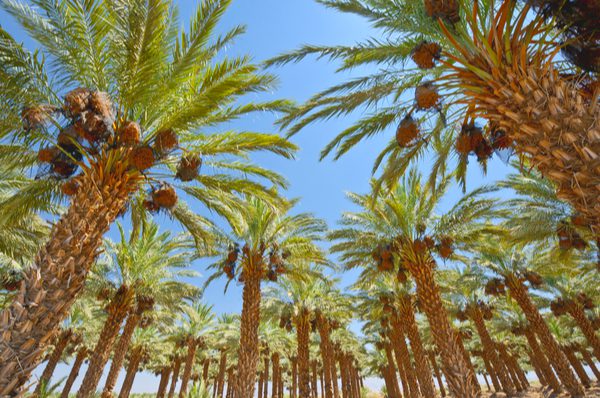 The date is one of the seven special species of the Land of Israel (Deuteronomy 8:8). Like each of the other species, the date, which grows from a palm tree, is also symbolic of the People of Israel. The Sages teach that the palm tree is unique, in that every part of the tree can be used for various purposes including food, shelter and fuel. Similarly, each member of the Jewish people has a unique mission involving various areas of endeavor, such as Torah study, charity and other good deeds. However, the date only has one pit, illustrating that while each individual has a separate mission, the nation has but one heart united by the common goal of fulfilling God’s will in this world.

A righteous person is also compared to a date palm in the verse above from the Book of Psalms. Just as the date palm produces numerous fruits, the deeds of a righteous person bear fruit. In addition, he enjoys a fruitful reward for his actions in both this world and the next.
The date palm frond has the added distinction of being one of the four species taken on the Feast of Booths in addition to willow branches, myrtle branches and a citron. Furthermore, since date palms stand tall and straight with fronds of leaves that wave in the wind, the majestic tree was depicted on coins minted by the Maccabees, and has always been considered a symbol of victory and strength.