The Crown of Samaria 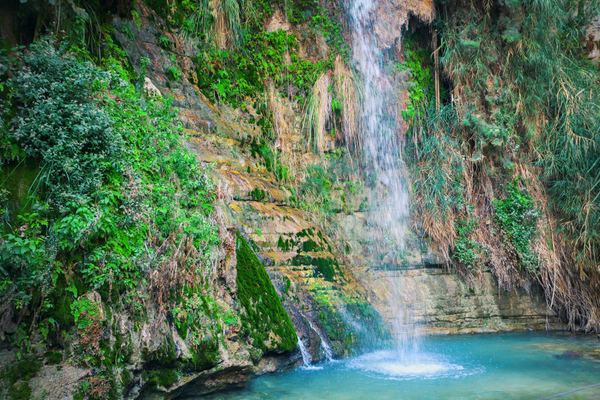 You have proffered him blessings of good things, have set upon his head a crown of fine gold.

I love living in Israel and have no desire to travel abroad. For me, studying Israel’s geography and travelling the land is a religious experience.

Allow me to explain.

My first visit to Israel was in 1978 when I was 17 years old. My youth group arranged a tour, and since it was all new to me I was enjoying everything I saw. But being a teen, I was also cynical and nonplussed. At the Ein Gedi spring, we hiked to a scenic plateau overlooking a small pool nestled into the arid area adjacent to the Dead Sea. I was barely paying attention to the tour guide when she said something that caught my interest.

“This plateau is where David camped out,” she said.

I stopped her in mid-lecture. “What do you mean?”

“This is the only plateau that fits that Biblical description,” she explained patiently.

“But…” I struggled to grasp what she had just said. “When you say ‘David’, do you mean the shepherd who killed Goliath and became king?”

“Well, this is where he faced off against King Saul,” she said. “He killed Goliath in the Elah Valley not far from Jerusalem.”

“I thought they were all just pretty stories,” I said. I looked at the tour guide. She was clearly not religious and she appeared sane at first glance.

“They are amazing stories,” she said. “But the land of Israel is real and bears witness that the stories are at least partially true.”

This religious experience is certainly true of Biblical sites, but it is also true of sites in modern Israel that, at first glance, don’t seem to have any Biblical relevance. One example of this appears in Psalm 21 (The Israel Bible pp. 1494-1495).

David was beset with difficulties, but in Psalm 21 he acknowledges that God bestows his chosen ones, the kings of Israel, with favor.  This Psalm is often set to music for royal functions due to its reference to a crown:

You have proffered him blessings of good things, have set upon his head a crown of fine gold. Psalm 21:4 (The Israel Bible p. 1495)

This psalm praises the king of Israel and prays that he conquer Israel’s enemies. God places a gold crown, referred to in this verse as ateret paz, on his head as a symbol of His protection and providence.

The first king of Israel, Saul, came from the tribe of Benjamin. The prophet Samuel anointed him in the hills of Ephraim and the nation rallied behind him and crowned him king.

Though God had promised that the kings would come from Judah (Genesis 49:10, The Israel Bible p. 128), the Tribe of Benjamin had the honor of producing the first king of Israel, King Saul. It is fitting, therefore, that when a group of settlers came to a hilltop 45 kilometers northwest of Jerusalem in the Benjamin region in 1981, they named their new community ‘Ataret’ (the word for crown in the above verse). Ateret is now home to about 100 families.

In a manner that the Biblical kings would find quite fitting, the city hosts the Kinor David (David’s harp) high school – a high school for boys that combines Torah study with the study of music.