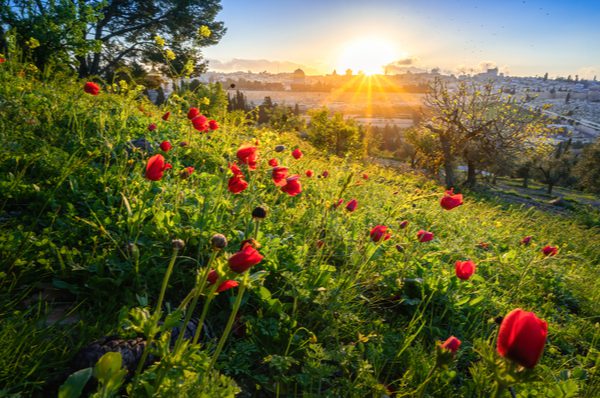 If they had already entered into a covenant with God at Mount Sinai, why was it necessary for them to enter into a second covenant at the plains of Moab? Was this a reaffirmation of their commitment to the initial covenant, or was it something different?

According to Rabbi Yonatan Grossman, the covenant at the plains of Moab was a continuation of the covenant enacted at Sinai. It was, however, necessary to renew the covenant now since they were finally about to enter and settle their land. As long as they were journeying through the desert they had not attained true nationhood, since “true autonomous nationhood” can only exist if a people has defined geographic borders and functioning state institutions. Therefore, even though they had sincerely obligated themselves in the covenant at Mount Sinai, as long as they were in the desert their responsibilities with regard to the covenant were incomplete, since they could not realize the national dimension of their obligation which was the primary responsibility of the covenant. For this reason, they had to renew their commitment to keeping those laws as they were about to enter the land and become a nation in the true sense of the word.

Rabbi Shlomo Riskin, however, takes a different approach to this second covenant. He explains that the Hebrew name for ‘plains of Moab,’ Arvot Moav (ערבות מואב), has a dual meaning. In addition to meaning plains, the word Arvot is related to the term areivut (ערבות), which means ‘mutual responsibility.’ Therefore, he says: “I would submit that this covenant is that of mutuality, interdependent co-signership, but not necessarily between Jew and Jew — that was already incorporated into the previous covenants — but rather between Israel and the other nations of the world. After all, when Abraham was originally elected, God commanded that ‘through you all the families of the world will be blessed’ (Genesis12:3) — through the message of ethical monotheism, the vision of a God who demands justice, compassion and peace, which Abraham’s descendants must convey to the world. This is the true mission of Israel… This third covenant is the covenant of Israel’s responsibility to the world.”

This idea of Israel’s responsibility to the word is often expressed as Israel being “a light unto the nations,” a phrase based on the verse in Isaiah 42:6. According to David Ben Gurion, Israel’s first prime minister, it is the success of the modern State of Israel which allows for the fulfillment of this vision of Isaiah; “that the people in Israel will be a covenantal people and a light unto the nations.”