Self-sacrifice for the Land of Israel is greatly rewarded 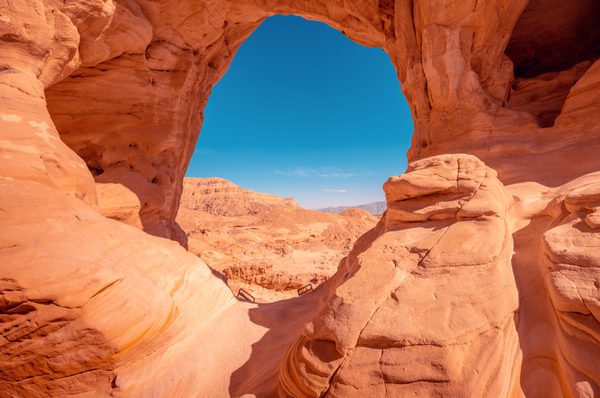 In accordance with Hashem's command to Yehoshua, Kalev son of Jephunneh was given a portion among the Judites, namely, Kiryat Arba—that is, Chevron. ([Arba] was the father of Anak.)

After the Children of Israel fight and conquer parts of the Land of Israel, the land is then divided up into tribal allotments. The allotments were allocated through divine lottery as God had commanded Moses (Numbers 26).

Although the Land of Israel is divided among the tribes by divinely-directed lots, Caleb asks for, and receives, Hebron. He and Joshua had been the only scouts sent by Moses who stayed loyal to God and promised the people that they could succeed in entering the land when the other ten spies said that they could not (Numbers 13:30). Therefore, he is granted his request as a reward for his devotion to the Lord and for not rejecting the land.

Why was Caleb rewarded specifically with the portion of Hebron? When the spies first entered the Land of Israel it says that “they went up into the Negeb” in the plural, “and (he) came to Hebron” in the singular (Numbers 13:22). Based on the fact that the verse changes from the plural to the singular when it says that “(he) came to Hebron,” the Sages learn that Caleb went to Hebron by himself in order to pray at the graves of the Patriarchs. He went to ask God to save him from the negative influence of his colleagues, the other ten spies, and to give him the strength to stand up against them. Because he went to Hebron to pray for God’s help in standing up for God and the Land of Israel, he was rewarded with receiving Hebron as his portion of land.

Rabbi Shlomo Aviner elaborates further on why Caleb was granted his request to inherit Hebron. He writes that Caleb had risked his safety by speaking against the ten evil spies, and was also willing to risk his life fighting the Canaanites. Therefore, “he had something even greater than the determination of the divine lots — he had self-sacrifice.” Since Caleb was willing to stand up for the Land of Israel, even at the potential risk to his own personal safety, he was given the portion of land that he requested as a reward. We see from here that self-sacrifice for the Land of Israel is greatly rewarded.