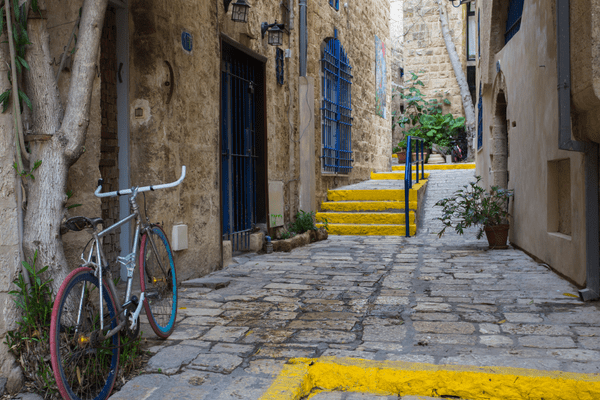 Truly the eye of Hashem is on those who fear Him, who wait for His faithful care

I recently visited a friend who has a four-year-old son. His son had just learned to ride a bicycle without training wheels. My friend had spent hours running behind his son, holding the bike up. Then, without announcing any change, he let go, continuing to follow the bicycle for a bit.

“If I am too much of a father, it’s not good for him,” he explained. “He may fall once in a while, but that’s okay. I stay close and make sure that he doesn’t hurt himself. But at the same time, I can never really go away and leave him alone. That isn’t good for him because he may really hurt himself. And it certainly isn’t good for me since…well…he is my boy and I want to be near him.”

His words reminded me of King David’s words in Psalm 33.

Kings are not delivered by a large force; warriors are not saved by great strength; horses are a false hope for deliverance; for all their great power they provide no escape. Truly the eye of Hashem is on those who fear Him, who wait for His faithful care to save them from death, to sustain them in famine. We set our hope on Hashem, He is our help and shield; Psalm 33:16-20

It may not be respectful to imagine God running behind me as I learn to ride a bicycle, but that is the image that came to mind when I read these verses. In everything we do, God is right there behind us making it happen. Could it possibly be any other way? Could we do anything without God working the controller?

King David faced a lot of challenges in his life, including enemies that appeared truly overwhelming. Yet he never gave up, thanks to his unwavering belief that God was right behind him doing the real work. How else could he have stood up to giant Goliath when he was only a boy?

This relationship is never more clear than when looking at the history of the Jews. For example, King Sennacherib of Assyria conquered almost all of the inhabitants of the world, and he arrogantly blasphemed God and besieged Jerusalem. Then, in a single night, the angel of God smote the entire Assyrian army of 185,000 men. Defeated and downtrodden, the great warrior king returned home only to be assassinated by his own sons.

In 1948, just a couple of years after the end of the Holocaust, Israel was attacked from all sides by Arab armies vowing to finish what the Nazis had started by driving the Jews into the sea. Yet despite its tiny army, Israel prevailed.

The Prophet Zechariah explained how this was possible:

“This is the word of Hashem to Zerubavel: Not by might, nor by power, but by My spirit—said the lord of Hosts. Zechariah 4:6

This is true of nations and history but it is also true on a personal level. I hesitated to get married, thinking that I would be unable to support a wife and kids. I had never been demonstrably competent in practical matters. 20 years later, my four children are my greatest source of joy. And my wife seems satisfied.

There is no way I could have accomplished that on my own. If I had looked back over my shoulder, especially during the hard times that were the most challenging, I would have seen God running behind me, one finger on the back of my seat, making sure that I didn’t fall.