Mickey Marcus: A US WWII Vet Becomes the First General of a Jewish Army Since Judah Maccabee 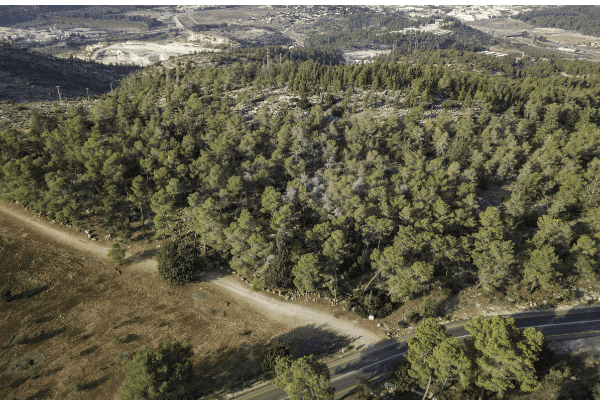 “I charge you: Be strong and resolute; do not be terrified or dismayed, for Hashem your God is with you wherever you go.”

The Israel-US alliance is a covenant sealed with the blood of brave warriors. One of the finest examples of this was Colonel David Daniel “Mickey” Marcus who, after serving in the US Army during World War II, was killed in Israel’s 1948 War of Independence. The first general in the Israel Defense Forces, Marcus, a US war veteran, was the first Jew to lead a Jewish army since Judah the Maccabee. His grave is the only one in the West Point Cemetery for an American killed fighting under the flag of another country. 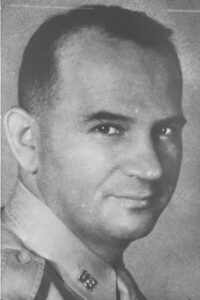 Marcus was born to Jewish parents who raised him on Hester Street on Manhattan’s Lower East Side.  The youngest of six children, His father, a Rumanian immigrant, died when he was nine. As a young boy, he had to defend himself on the tough streets of New York and excelled at athletics; boxing in particular. This physical prowess, along with academic achievement, led to him being accepted to West Point in 1920, and he graduated with impressive scores in 1924. After completing his active duty requirement, he attended Brooklyn Law School.  He spent most of the 1930s as an Assistant Attorney in New York, prosecuting gangsters.

After leaving active duty, Marcus continued his army service in the Organized Reserve Corps where he became Judge Advocate of his Army National Guard unit. Though as a legal officer he was not supposed to command troops, he wrangled a unit command during the 1941 Louisiana Maneuvers. After the Japanese attack on Pearl Harbor, he deployed with the 27th Division to Hawaii where Marcus organized and commanded a Ranger Combat Training School to provide the troops training in techniques of unarmed defense to combat Japanese infiltration tactics. But instead of a field command, Marcus was sent to Washington in 1943 where he was assigned to the Civil Affairs Division.

Marcus managed to get himself assigned to parachute into Normandy on D-Day with the first wave of the 101st Airborne Division, despite having no paratrooper training. He took informal command of some of the scattered paratroopers and was in combat for a week before being sent back to the United States.

After V-E Day in 1945, General Lucius D. Clay asked for Marcus to serve on his staff in the occupation of Germany, providing for the millions of displaced persons there. Marcus came face to face with the survivors of Nazi atrocities. While there, Marcus toured the Dachau Concentration Camp and saw with his own eyes the piles of uncounted Jewish corpses in Europe’s death camps. Though not previously a Zionist, after witnessing the horrors of the Holocaust Marcus began to think differently about a Jewish state. Faced with the undeniable reality of European antisemitism, Marcus became convinced that the only hope for the remnants of European Jewry lay in a Jewish homeland in Palestine.

In 1946, as chief of the Army’s War Crimes Division, he attended the Nuremberg trials, making sure that Nazi crimes were thoroughly documented. After the trials, he was offered a promotion to brigadier general, but instead elected to return to civilian life and his law practice.

Marcus was awarded the Distinguished Service Medal and the Bronze Star by the US Army and made an honorary Commander of the Order of the British Empire.

After the United Nations authorized the partition of Palestine and the eventual creation of a Jewish state in 1947, David Ben-Gurion asked Marcus to recruit an American officer to serve as military advisor to the nascent Jewish army, the Haganah. He could not recruit anyone suitable so Marcus volunteered himself. The U.S. War Department granted Marcus, who was a reservist, permission to accept the offer, provided Marcus would not use his own name or rank and disguise his military record in order to avoid problems with the British authorities. Marcus took on the name “Michael Stone” and arrived in Israel in 1948 to work with the fledgling Israeli army.

The situation was grim. The Jewish settlements were scattered and surrounded by six hostile Arab nations. The new state would have no defensible borders, no air power, a few tanks and ancient artillery pieces and almost no arms or ammunition.  The Haganah was an effective underground organization but it had no experience as a regular national army. Facing it were well-supplied Arab armies determined to drive the Jews into the sea. The pro-Arab British administration in Palestine prevented the importation of military supplies to the Israelis.

Marcus began helping the Israeli military with organization, designed a command and control structure for the Haganah and wrote training manuals. He identified Israel’s weakest points as the scattered settlements in the southern Negev and the new quarter in the Jerusalem area.

He was given the rank of Aluf (general), the first officer of that rank in the Israeli army. When Israel declared independence and the Arab armies attacked in May 1948, his hit-and-run tactics kept the Egyptian army in the Negev off balance.

Marcus was given command of a besieged Jerusalem front. The Israelis were making desperate attempts to send convoys to the Jerusalem area, paying a heavy price in human lives. Jerusalem was on the verge of falling to the enemy. After unsuccessful attempts to take the Latrun Fort that dominated the road connecting Tel Aviv and Jerusalem, Marcus engineered the surreptitious construction of the Burma Road, a makeshift winding road through difficult hill terrain. The road was opened to vehicles on June 10, breaking the siege of Jerusalem a day before a United Nations ceasefire took effect. 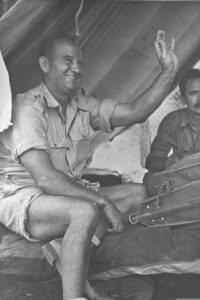 Just a few hours before the ceasefire, Marcus returned to his Central Front headquarters in Abu Ghosh. Unable to sleep, he walked beyond the guarded perimeter wrapped in his bed sheet. Shortly before 4:00 a.m., a young sentry challenged Marcus, mistaking his general for an enemy infiltrator. When Marcus, who spoke very little Hebrew, failed to respond with the password, the sentry fired, killing him instantly.

At the age of 46, Marcus was dead. He was buried at West Point with military honors. His gravestone reads:

For me, he was the first general of the IDF in every sense of the word. He had a sense of purpose and mission, in the establishment of the Israel Defense Forces, he taught us how to act as an army in our early days, and was one of Ben-Gurion’s greatest military advisors. There is no one who better illustrates the strong bond between Israel and the United States. 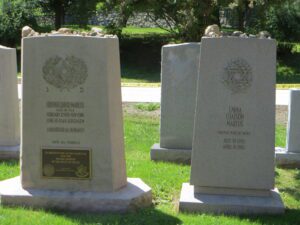