Lag BaOmer: Sparks of Joy Lighting Up the Darkness 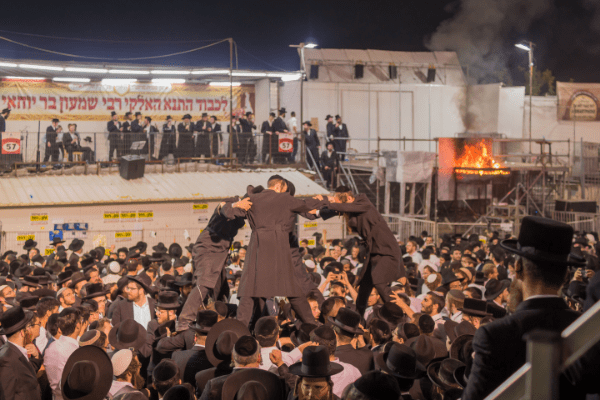 You shall not take vengeance or bear a grudge against your countrymen. Love your fellow as yourself: I am Hashem.

Lag Ba’Omer is the 33rd day of the 49-day count between Passover, when a barley wave offering was presented in the Temple, and the holiday of Shavuot (Feast of Weeks), when an offering of two loaves of wheat bread was brought in the Temple.  It is celebrated with bonfires and joyous celebrations which take place across Israel. 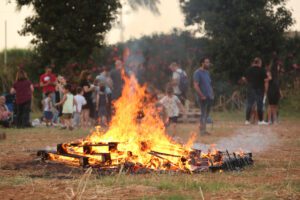 Classified as a minor holiday, acts normally forbidden on the Sabbath and holidays are permitted on Lag Ba’Omer. The name of the holiday is derived from its position in the counting of the Omer since ‘Lag’ is spelled with the two Hebrew letters lamed (ל) and gimel (ג), which in gematria (Hebrew numerology) equal 33.

Jews are commanded to count the days in this period orally:

And from the day on which you bring the sheaf of elevation offering—the day after the Shabbat—you shall count off seven weeks. They must be complete. You must count until the day after the seventh week—fifty days; then you shall bring an offering of new grain to Hashem. Leviticus 23:14-15

Lag BaOmer is a bright spark of joy in the period of the Omer, which is generally a period of lessened joy when weddings and other celebrations are forbidden. The period of austerity commemorates the deaths of 24,000 students of the 2nd-century Mishnaic sage Rabbi Akiva, who, some believe, died fighting the Romans during the Bar Kochba rebellion (132-136 C.E.). After the tragic death of his students, only five remained—one of whom was Rabbi Shimon bar Yochai.

According to the Talmud (Yevamot 62b), the students died from a plague because they disrespected one another, in violation of Rabbi Akiva’s principle teaching that “loving each other like oneself is a great principle in the Torah.” The death of the students is believed to have ceased on Lag B’Omer.

Ironically, Lag Ba’Omer is a celebration commemorating the death of Rabbi Shimon Bar Yochai, a Jewish sage from the second century known by the acronym Rashbi who, according to tradition, wrote the Zohar, the basis of Kabbalah (Jewish mysticism). Normally, the passing of tzaddikim (holy men) is a source of sadness but, before passing away, Rashbi instructed his students to remember his passing as a day of joy. According to the Zohar, Rabbi Shimon bar Yochai revealed the deepest secrets of Kabbalah on the day of his death, turning Lag Ba’Omer into a celebration of light coming into the world. His grave is located near the city of Safed, which is historically a capital for Kabbalistic studies. 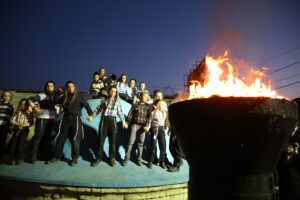 Many Jews celebrate the day with bonfires and barbecues. Most Israeli schools are closed on Lag Ba’Omer. Historically, Mount Meron, the burial place of the Rashbi located near Tzfat (Safed), has been the focus of a mass pilgrimage with up to 250,000 people who would spend the night singing, praying and celebrating at the gravesite of the Rabbi Shimon bar Yochai. Tragically, in 2021, 100,000 people were in attendance when a stampede took place. Forty-five men and boys at the event were killed, and about 150 were injured, dozens of them critically, making it the deadliest civil disaster in the history of the State of Israel.