Antisemitism Then and Now 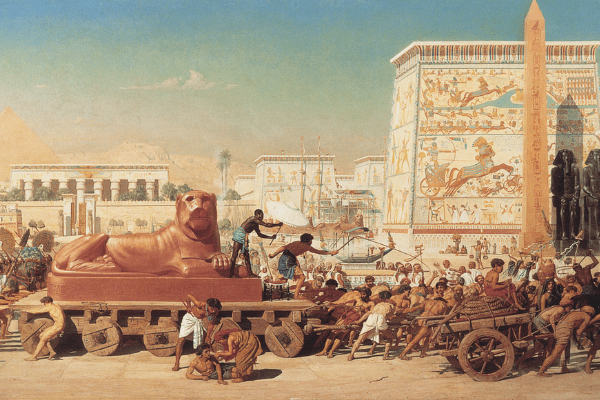 Let us deal shrewdly with them, so that they may not increase; otherwise in the event of war they may join our enemies in fighting against us and rise from the ground.”

The first case of antisemitism is recorded in the beginning of Exodus. Pharaoh is terrified that the Children of Israel, quickly turning from a clan into a nation, will join with a foreign enemy and turn on their Egyptian hosts. Rabbi Moses ben Nachman, the Torah commentator known as the Ramban, noted that it did not occur to Pharaoh or his advisers to simply attack the Hebrews since they were living in Egypt at the request of Pharaoh. Instead, Pharaoh chose to attack the Jews through wile rather than military might.

Another Torah commentator known as the Seforno notes that despite dwelling among the Egyptians for hundreds of years, the Hebrews did not assimilate. They remained demonstrably separate via circumcision. The Sages further teach that the whole time the Hebrews were in Egypt they did not change their language, their mode of dress or their Hebrew names.

This hatred of the Jews as the enemy within accompanied the Jews throughout the exile. But as God fulfilled His promise to gather the Jews from exile, this Jew-hatred took on a new form. The old hatred remained, reaching its ultimate manifestation in the Holocaust. But the Nazis were aided by an unprecedented ally in the form of Palestinian nationalism. Haj Amin al-Husseini, the founder of Palestinian nationalism, openly aligned with the Nazis, meeting with Hitler and visiting death camps. Palestinians served in the Nazi Army.

This connection still remains, though it is denied by the foreign supporters of a Palestinian state. As the Final Redemption approaches, this battle intensifies and is taking on a distinctly religious nature.

This is clearly seen in the recent wave of Palestinian violence, most especially in the murder of Yehuda Dimentman last week. His crime was learning Torah in the Biblical heartland. Dimentman was murdered outside of Homesh in Samaria, leaving behind a young wife and a nine-month-old baby son. 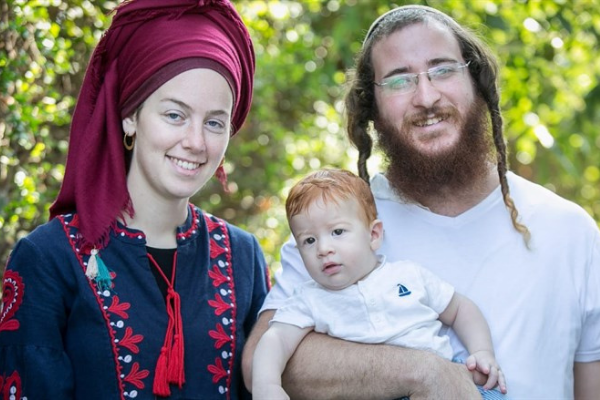 Yehuda Dimentman with his wife and baby

While the conflict between the Jews and Arabs can be dismissed as a regional conflict, it is being prolonged by foreign meddling that, rather than bringing the two sides closer to coexistence, has only served to prolong and intensify the hatred.

Rabbi Jonathan Sacks, the recently deceased former Chief Rabbi of the United Hebrew Congregations of the Commonwealth, warned that antisemitism is a danger to non-Jews as well.

“Antisemitism is not about Jews. It is about anti-Semites. It is about people who cannot accept responsibility for their own failures and have instead to blame someone else. Historically, if you were a Christian at the time of the Crusades, or a German after the First World War, and saw that the world hadn’t turned out the way you believed it would, you blamed the Jews. That is what is happening today. And I cannot begin to say how dangerous it is. Not just to Jews but to everyone who values freedom, compassion and humanity.

“The appearance of antisemitism in a culture is the first symptom of a disease, the early warning sign of collective breakdown,” Rabbi Sacks wrote.

He noted a disturbing new narrative that attempts to justify cold-blooded murder like the killing of Dimentman.

“The ultimate weapon of the new antisemitism is dazzling in its simplicity. It goes like this. The Holocaust must never happen again,” Rabbi Sacks wrote. “But Israelis are the new Nazis; the Palestinians are the new Jews; all Jews are Zionists. Therefore the real anti-Semites of our time are none other than the Jews themselves.”

This hatred of Jews has come to include anyone of any faith who believes in the Bible and the God of Israel. A recent declaration by the Churches in Israel condemning Jewish “settlements” as a threat to the future of Christians in the Holy Land was met with a response that clearly illustrated that the real threat to Christians in Israel is from Islamic extremism.

This conflict has clear end-of-days implications in which the Christians, as the sons of Esau, play a key role. In Jewish literature, the question is whether Esau will align with Jacob or with Ishmael.