Jacob or Israel: What’s in a Name? 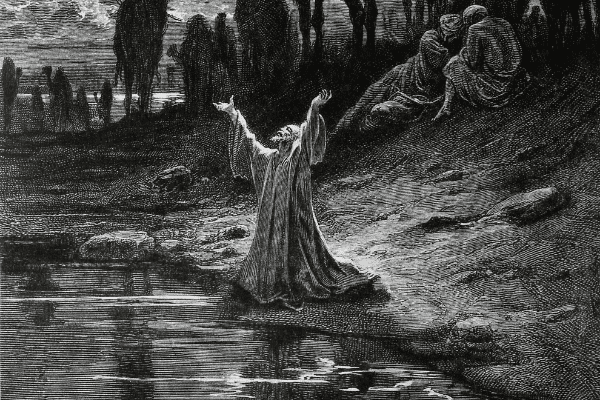 Said he, “Your name shall no longer be Yaakov, but Yisrael, for you have striven with beings divine and human, and have prevailed.”

Names, especially names of Biblical characters, are very significant. The granting of a name is a divine gift bestowed upon Adam, giving him an active role in Creation Genesis 2:19:

And Hashem formed out of the earth all the wild beasts and all the birds of the sky, and brought them to the man to see what he would call them; and whatever the man called each living creature, that would be its name.

Therefore changing a name should not be taken lightly. There is a Kabbalistic notion that at a child’s naming, the parents are given Divine inspiration and choose the best name for his soul. Nonetheless, name changes are surprisingly common in the Torah. Abram and Sarai were the first to have their names changed when God changed their names to Avraham and Sarah in order to prepare him to be the father of nations.

Hosea ben Nun had his name changed to Yehoshua, or Joshua, by Moses. According to the midrash, the letter yud was added to turn his name into a prayer, requesting that God preserve him from being influenced by the other spies. Another midrash explains that Moses changed Joshua’s name to hide his identity from the other nations who would be looking to exact revenge on him for his victory over Amalek.

According to the Midrash, Jethro, Moses’ father-in-law, was originally named Yeter and when he “added” good deeds (to himself), a letter (vav) was added to his name. This is also the case with Yehonadav who became Yonadav after advising Amnon how to sin with Tamar, and therefore lost the letter yud (II Chronicles 20:37).

Shifra and Puah, the meritorious midwives who save the Israelite children in Egypt, had their names changed to Jocheved and Miriam. Hadassah changed her name to Esther (hidden), perhaps, as the name implies, to hide her true identity as part of Israel or, alternatively, to hide her true virtue as Hadas (myrtle) which is a symbol of righteousness (Zechariah 1:8).

The opposite is also true. Ephron, whose name had been spelled with a vav (עֶפְרוֹן) suddenly appeared without a vav (עֶפְרֹן) after taking an exorbitant sum of money from Abraham as payment for the machpelah cave in Hebron.

Sometimes the changes were made by non-Jews, as in the case of Joseph’s name being changed to Tzaphnat Paneach (Genesis 41,45).  Nebuchadnezzar’s chief officer changed Daniel’s name to Belteshazzar as a reference to a pagan god.

The Talmud (Rosh Hashanah 16b) lists four things that can cause an unfavorable decree against a person to be torn up, and one of them is a change of name. One commentary explains that the function of a name change is to inspire a person to do complete repentance. Another commentary argues that none of the Biblical characters who changed their name had an exceptional need to repent. A change of name actually changed a person’s mazal, translated as ‘luck’ or ‘destiny’. Hence Sarah’s pregnancy immediately following her name change.

But Jacob’s name change was unique in several respects. His name was changed entirely and not simply altered by that addition or subtraction of a single letter. Its meaning changed from referring to his grasping of Esau’s heel (ekev) to meaning, “one who has struggled with man and God and has prevailed.” 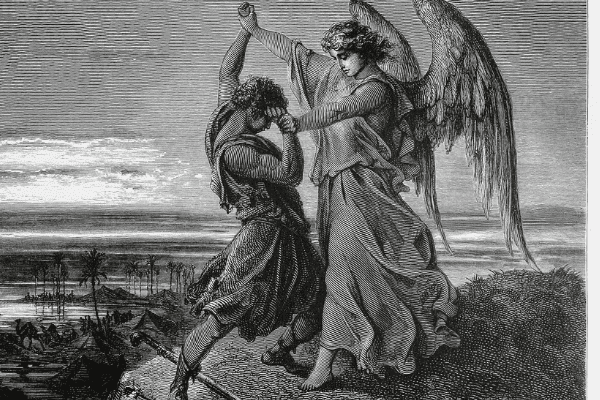 Identity is an existential challenge for Jacob, a major recurring theme in his life. Born a twin, he is forced to take on his hairy brother’s identity in order to steal the firstborn’s blessing. And Laban cheats him by shuffling his sister brides. In one respect, the new name, Yisrael, returns Jacob to his prenatal nature when rather than cope with cheating and ambiguity by hiding his own identity.

Jacob’s name change is also different from that of Abraham who is never referred to as Abram afterward. The Talmud (Berachot 13) states that anyone who calls Abraham by his previous name, ‘Abram’, violates a positive commandment as God specified, “And your name will be Abraham” (Genesis 17:5). This is clearly not the case with Jacob, as the Torah itself refers to him many times as Jacob after the angel renamed him. This, despite the fact that the angel states explicitly, “Your name shall no longer be Yaakov, but Yisrael” (Genesis 32:29).

This strange dichotomy is emphasized in Psalms 53:7:

When Hashem restores the fortunes of His people, Yaakov will exult, Yisrael will rejoice.

God himself calls him Jacob when he appears to him in a dream in Egypt  (Genesis 46:2). And Jacob enthusiastically responds, “Here I am.”

The Jews mirror God’s preference when praying, referring to “the God of Abraham, Isaac, and Jacob” rather than the “God of Israel.”

The Talmud (Brachos 12b-13a) notes the same and concludes that Jacob did not have his name changed as did Abraham and Sarah. Rather, he was given an additional name. Israel would be his primary name but Jacob would still be used as well, as his secondary name.

Rebbe Nachman of Uman, the 18th Century founder of the Breslov branch of Hassidut, had a singular explanation of the power of names in his book, Likutei Moharan (56:3:8):

“We merit this through Torah study. This is because the Torah is the Name of God, and the name of a thing is its vessel; within this name is contained the life force of that thing. As it is written, “living soul that is its name” (Genesis 2:19)—contained in the name of each thing is its soul and life force. This is why when we call a person by his name, we gain his attention immediately because his total soul and life force are contained within his name.”