How Teenagers Defeated the Soviets 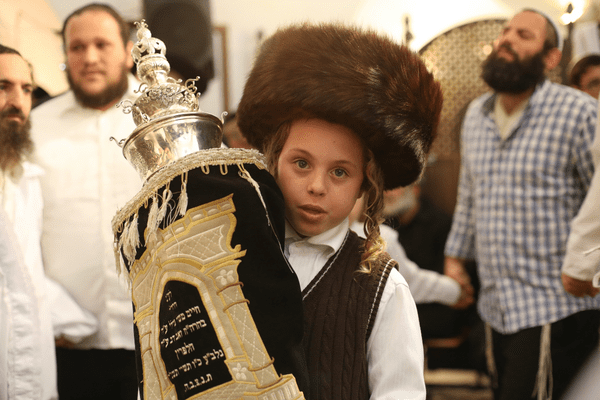 The teaching of Hashem is perfect, renewing life; the decrees of Hashem are enduring, making the simple wise;

When the Communists took control of Russia in 1917, they quickly moved to suppress one of Communism’s greatest internal enemies – the practice of Judaism. With each passing year, the Communists outlawed more and more of the practice of Judaism. All Jewish schools were eventually closed, and Jews seen attending a synagogue were likely to lose basic privileges and have difficulty finding a job. Sadly, as the years behind the iron curtain went by, the Jewish community of Soviet Russia was almost spiritually destroyed. Without access to education, the young Jews were raised with little or no understanding of their heritage.

But everything changed after Israel’s miraculous and stunning victory in the 1967 Six-Day War. Though the Soviets tried to censor the news, Russian Jewry learned of the miracle, and were inspired with Jewish pride – en masse! Though it was dangerous for Jews to gather in public, a new tradition emerged. Each year, on the night of Simchat Torah (The “Joy of the Torah”) – the holiday we are celebrating today in the United States – tens of thousands of young Jews would gather in the streets outside of the main synagogue of Moscow, and dance!

Elie Wiesel, Holocaust and Nobel Laureate, attended one of these gatherings in the early 1970s. Seeing 30,000 young Jews converge together, in defiance of the Soviet dictatorship, was overwhelming:

“I do not know where all these young people came from. They didn’t tell me, although I asked. Perhaps there is no one answer… No matter – they came.

They came in droves. From near and far, from downtown and the suburbs, from the university and from the factories… they came in groups, they came alone. But once here, they became a single body, voicing a song of praise to the Jewish people and its will to live.

Tomorrow they would descend and scatter, disappear into the innermost parts of Moscow, not to be heard from again for another year. But they would return and bring more with them. The line will never break; one who has come will always return…

They sang and danced, talked among themselves or with strangers. They were borne along on a crest that seemed incapable of breaking. Their faces reflected a special radiance, their eyes the age-old flame that burned in the house of their ancestors – to which they seemed finally to have returned.

Why did these young Jews, who knew so little of their heritage, gather together in defiance of Soviet Russia on Simchat Torah? Why on this holiday of all holidays?

Simchat Torah, the final day of the autumn Jewish holiday season, is the day when we celebrate the Torah. With joyous singing we dance with Torah scrolls (containing the five books of the Bible) and give thanks to God for giving us this most precious gift! What would our lives be like without the Bible? We would be lost!

Interestingly, while we dance with the Torah scrolls throughout this joyous day, the Torah scrolls are wrapped up and closed. Why? For by closing the Torah scrolls we remove all differences from among the people who are celebrating. One person might be a great Bible scholar, while another might know very little about the Bible. But today, we are all equal before God; we all celebrate the Torah together, exactly the same way!

A central teaching of Simchat Torah is that the Bible is here for everyone. No one should be excluded from celebrating its holiness and accessing its holy teachings! When we dance together, all of our differences melt away, and we become united by the joy of God’s word!

I believe that this is why tens of thousands of Soviet Jews gathered together specifically on Simchat Torah. They knew very little about their faith or their heritage. But inside, their souls sensed that this Torah, this Bible, belonged to each and every one of them!

May we never be too embarrassed or uncertain to seek out a connection with God or His holy teachings. It is there for each and every one of us!