How Do We Determine Which Birds Are Kosher? 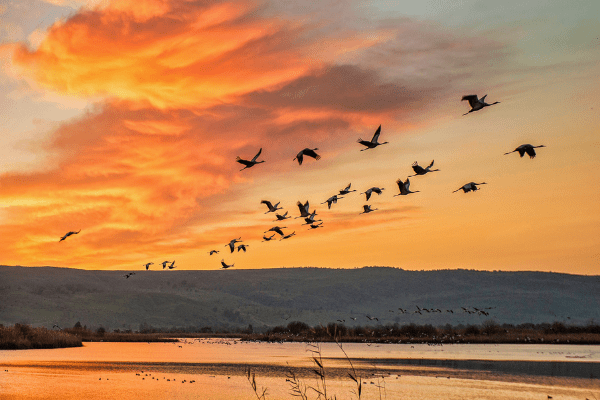 The following you shall abominate among the birds—they shall not be eaten, they are an abomination: the eagle, the vulture, and the black vulture;

Leviticus provides four categories of permitted and forbidden foods. Animals are defined by a rule; split hooves and chewing cud signify a kosher animal. Similarly, aquatic life that is permitted is signified by fins and scales. Bugs are forbidden except for locusts that bear specific characteristic signs.

The final category is birds. Unlike the other categories, when it comes to birds there are no rules or characteristic signs that determine which birds are permissible to eat. Instead, the Torah gives a list of 24 types of non-kosher birds.

As only the forbidden birds are listed, it should be assumed that any bird not on the list is permitted for consumption. The problem arises in translation; not all of the names in the list are precisely identifiable today.

As a result, the rabbis searched for principles, physical signs similar to those that were given for fish and animals. The Mishna establishes three signs that characterize a bird as kosher:

The Mishna adds one more characteristic of a bird of prey; when standing on a rope, it has two toes in the front and two in the back, like a parrot.

If a bird kills other animals to get its food, eats meat, or is a dangerous bird, then is not kosher. As a general principle, scavenging birds such as vultures, and birds of prey such as hawks and eagles (which opportunistically eat carrion), are unclean.

Rabbi Zerachiah Halevi of Gerondi, a 12th-century rabbi known as the Ba’al Hamoar, adds two features that signify that a bird is not a bird of prey; a wide beak and webbed feet like a duck.

Identifying a bird of prey can be quite difficult, since even if the bird only exhibits this behavior very rarely, it is considered not kosher. The Talmud cites a number of incidents where a community at first thought a certain bird was kosher, and only after a long while was it observed that the bird was in fact a bird of prey and therefore not kosher.

Therefore, the halachah (rabbinic law) restricted consumption of birds to specific birds for which Jews have passed down a tradition of permissibility from generation to generation, even if a bird has only some, but not all, of the signs attributed to a kosher bird. For example, the goose doesn’t have a crop but is nevertheless considered kosher.

The turkey does not have a tradition of being kosher passed down throughout the generations, but because so many Orthodox Jews have come to eat it and it possesses the signs required to render it a kosher bird, an exception is made. Pigeons and doves are known to be kosher based on their permissible status as sacrificial offerings in the Temple of Jerusalem.