Hanukkah Antisemitism, Then and Now 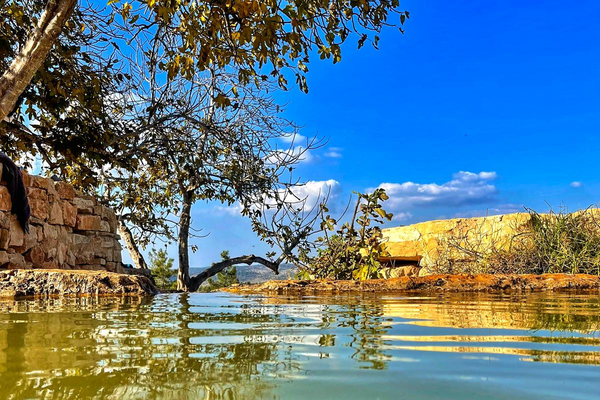 Bestir Yourself because of the perpetual tumult, all the outrages of the enemy in the sanctuary.

Greeks and Jews should have gotten along. The Hanukkah story should have ended with the two groups sitting down to a meal of potato pancakes and donuts.  In fact, the Greeks were universalists, open to new ideas and intellectualism from all cultures. The intellectual, spiritual, and legal aspects of Judaism were no doubt fascinating to the philosophical Greeks. The Greeks even seemed to respect the Torah. Ptolemy II had 72 sages translate the Hebrew Bible into Greek. In their journeys, if the Greeks encountered a new god, they would carve a new statue and add it to the pantheon. How much easier to accept a God that requires no statue?

In every other case where the Greek ruled over another nation, the Greeks would expect a tribute to be paid and that was enough to allow the other weaker nation to live peacefully. The Seleucid rulers chose negotiation with local communities. In exchange for acquiescence in rule – in the form of political control and taxation – they guaranteed the continuity of local rights and practices. In fact, when the Seleucids initially conquered Jerusalem, they allowed the Jews to be governed under their own religious laws. But for some reason, this changed and the Seleucid king Antiochus IV persecuted the Jews, prohibited Judaism, and profaned the Temple.

Religious persecution targeting a particular group of the kind that was enacted against the Jews under the reign of Antiochus was unparalleled in Greek history.

Why did he persecute the Jews? What made the Jews different than any other nation that the Greeks had ruled?

In People Love Dead Jews, Dara Horn makes a distinction between two kinds of anti-Semitism, represented by two major Jewish holidays: Purim and Hanukkah. Purim antisemitism is characterized by a desire to murder the Jewish people. It was this form of antisemitism that was brought to its zenith by the Nazis in their attempt to bring about the Final Solution. They did not care about the Jewish faith. A Jew could be unaware of his Jewish heritage and the Nazis came for him anyway. This form of antisemitism is still around today, manifested in synagogue shootings and the rise of White Supremacy.

The Greek’s treatment of the Jews at the time of Hanukkah was rooted in antisemitism. Not the kind of antisemitism that seeks to eliminate the Jews, but the kind that wants to rid the world of Judaism. And this form of antisemitism also exists today.

When the International Criminal Court investigated Israel in 2019, Israeli Prime Minister Benjamin Netanyahu understood this as the modern manifestation of the same ancient hatred that led the Seleucids to attack the Jews and their Temple.

“As we celebrate Chanukah, the ICC is attempting decrees that are just as antisemitic as those of the ancient Seleucid Empire,” Netanyahu tweeted. “Shame on them! Just as we triumphed before we will triumph now.”

Horn noted that today, Hanukkah antisemitism is being perpetrated under the guise of social justice. This antisemitism attacks Jewish culture and religion, demanding that we disavow our history, our nationalism, our land, and, ultimately, our unique relationship with God. Liberalism demands that we assimilate and adopt its anti-Torah values.

The Greeks believed in the power of the intellect as being the ultimate. While acknowledging the intellectual aspect of the Jewish tradition, they realized that Jews believed in God as the supreme authority, even when His commandments seemed illogical. Since the Greeks placed Man and intellect at the pinnacle of creation, they could not accept the Jewish people’s notion of God. This ideology was the basis of their idolatry, in which Man creates God and is therefore the ultimate authority.

This Greek trait has been adopted by extreme left-wing liberals who place the individual as the ultimate authority. While claiming to be universalist, so much of the liberal movement rejects Jews who openly identify as Jewish because they find Judaism and Jewish belief threatening.

The Black Lives Matter movement became vocally anti-Israel, though this policy had nothing to do with Israel’s treatment of blacks nor did they criticize any other country. A march for homosexuals in Washington DC in 2019 forbade the display of a rainbow flag with the star of David, claiming it was reminiscent of the Israeli flag and thus a symbol of apartheid, colonialism, and ethnic cleansing.

Just as some Jews became enamored of Greek culture, becoming Hellenized, many Jews today are at the forefront of anti-Israel movements like Boycott Divestment Sanctions (BDS) in an attempt to gain acceptance by the liberal movement and avoid the subtle antisemitism from the left of the political spectrum. This requires rewriting history, denying the historic and religious connection between the Jews and the Holy land while creating a false narrative of the Palestinian people.

So, while the Seleucids are no more, the form of antisemitism that they displayed still exists and the battle against Hellenization and self-centered idolatry continues today with Jews at the forefront. And just like in the days of the Maccabees, the battle is focused on Jerusalem.