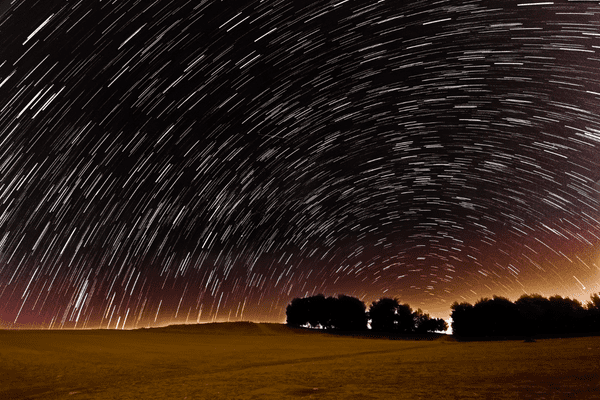 I will make your heirs as numerous as the stars of heaven, and assign to your heirs all these lands, so that all the nations of the earth shall bless themselves by your heirs

Every Israeli schoolchild knows the name Hanna Senesh. A poet and a Special Operations Executive member, Senesh was a Zionist who moved to Palestine but later died fighting the Nazis in WWII. Though she never lived to see the State of Israel, her poems, filled with a love of life and a love of Israel, live on. Today is the anniversary of her death according to the Jewish calendar.

Who was Hanna Senesh? Senesh was born in Hungary on July 17, 1921 to a non-religious Jewish family. Her father, a journalist, playwright and author, died when Hannah was six years old. While still a schoolgirl, she experienced antisemitism and realized that the situation of the Jews in Hungary was precarious. She joined a Zionist youth organization and began to dream of Israel.

After she graduated in 1939, she emigrated to the British mandate of Palestine, enrolling in the Girls’ Agricultural School at Nahalal for two years. In 1941, she joined Kibbutz Sdot Yam and joined the Haganah, the paramilitary group that laid the foundation of the Israel Defense Forces (IDF). In 1943, she enlisted in the British Women’s Auxiliary Air Force. She was recruited into the Special Operations Executive (SOE) and was sent to Egypt for parachute training.

How did Senesh end up dying as a Jewish martyr? As part of the Allied war effort, the emerging Jewish state agreed to send Jewish parachutists behind enemy lines to assist both Allied forces and the Jews in occupied Europe. Senesh volunteered and was selected along with 32 others to be sent on active missions.

On March 14, 1944, she and two colleagues were parachuted into Yugoslavia and joined a partisan group. Germany had already occupied Hungary so the men decided to call off the mission as too dangerous. Senesh continued on the mission but was arrested by Hungarian police who found her British transmitter. She was tortured for several days in an attempt to extract the code for the transmitter from her. She refused and was transferred to a prison in Budapest. The police arrested her mother and threatened to kill her if Senesh did not reveal the codes. Both women remained silent. She was tried for treason and convicted. Given the chance to beg for a pardon in November 1944, Senesh chose death by firing squad. At the age of 23, Hanna Senesh was executed by a firing squad on November 7, 1944, the 21st of Cheshvan.

Senesh was a poet and playwright, writing both in Hungarian and Hebrew. While in prison, she kept diaries that were published in Hebrew after the war.

Perhaps her most famous poem was titled “A Walk to Caesarea” though it is commonly known as Eli, Eli (my God, my God). It has become a popular Israeli song.

may it never end –

the sand and the sea,

the rustle of the water,

the brilliance of the sky,

the prayer of man.

In Hebrew, the poem reads:

The following poem was found in Hannah’s death cell after her execution:

Two strides across, the rest is dark…

Life is a fleeting question mark

One – two – three… maybe another week.

Or the next month may still find me here,

But death, I feel, is very near.

I could have been 23 next July

I gambled on what mattered most, the dice were cast. I lost.

Hannah’s last Hebrew poem, “Blessed is the Match”, expresses her spirit of self-sacrifice for the

sake of the Jewish people, and her willingness to fight to the last breath.

Blessed is the match consumed in kindling flame.

Blessed is the flame that burns in the secret fastness of the heart.

Blessed is the heart with strength to stop its beating for honor’s sake.

Blessed is the match consumed in kindling flame.

Her remains were brought to Israel in 1950 and buried in the cemetery on Mount Herzl, Jerusalem. In 1993, the Hungarian military supreme court made a ruling clearing Hannah Szenes’s name, and repealing her conviction for treason and death sentence. Her tombstone was brought to Israel in November 2007 and placed in Sdot Yam.

Understanding the Bible Through the Lens of Senesh’s Poetry

God promises the patriarchs that their children will be as numerous as the stars in the sky. Why are the children of Abraham compared to the stars? In one of her beautiful poems Hannah Senesh wrote, “There are stars whose radiance is visible on earth though they have long been extinct. There are people whose brilliance continues to light the world though they are no longer among the living. These lights are particularly bright when the night is dark. They light the way for mankind.” Like the stars in Senesh’s poem, the Jew’s role in this world is to light the way for mankind, despite the darkness we have encountered throughout our history.