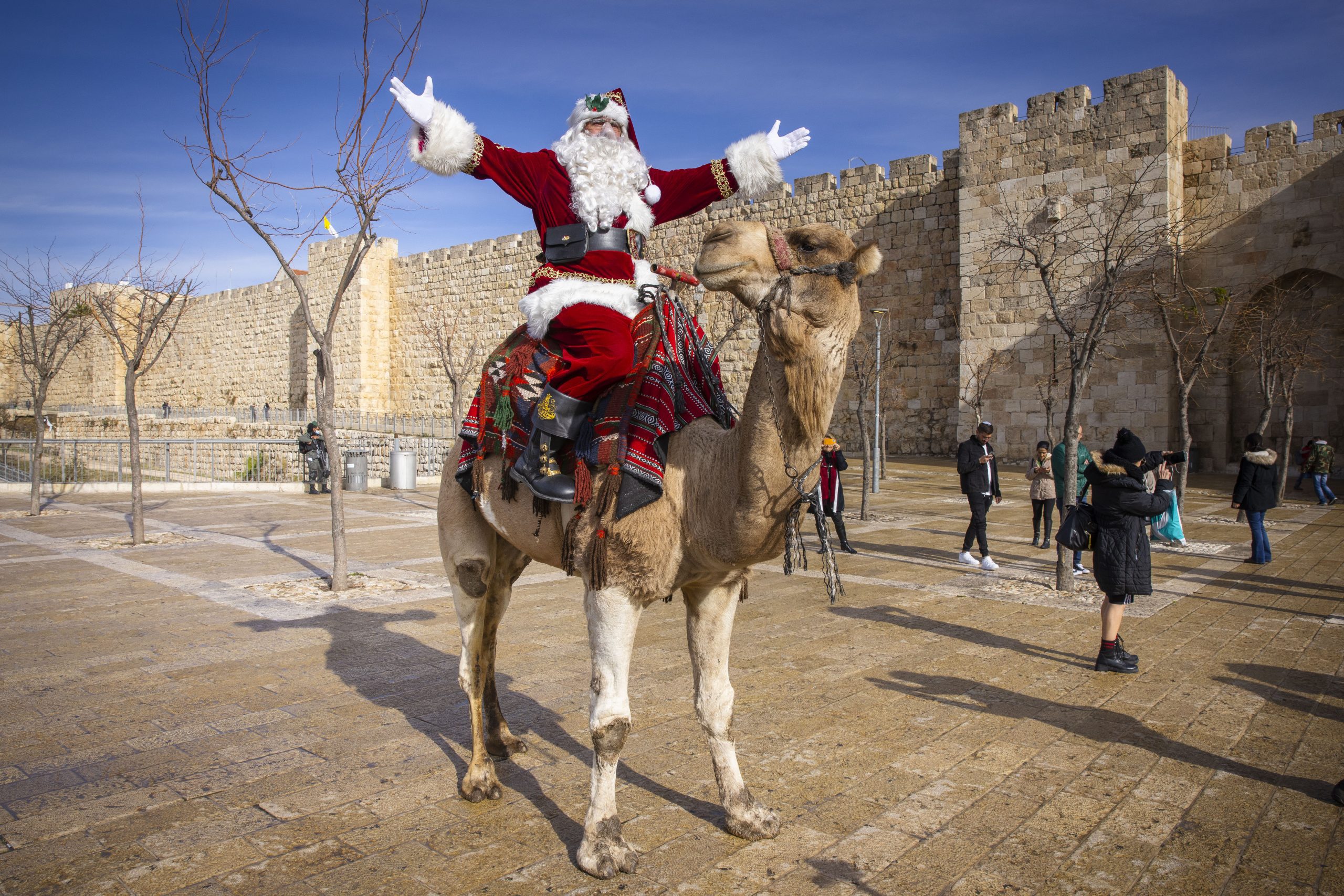 How welcome on the mountain Are the footsteps of the herald Announcing happiness, Heralding good fortune, Announcing victory, Telling Tzion, “Your God is King!”

Christmas makes many Jews nervous, and for good reason! While for Christians, Christmas is a day to celebrate peace on earth, I grew up in a typical Jewish family and was taught not to even say, “Merry Christmas” because, throughout history, the holiday was used as an excuse for violence against the Jewish People. Only by getting to know Christian Zionists have I come to realize that we are living in unique times, when so many Christians are learning about the “Jewish Jesus” and looking to deepen their connection to Israel and the Jewish People. If Christians can rethink their history, perhaps I could as well?

At this time of year, many Jews struggle with finding the right message to teach our kids about Christmas. Even something as harmless as wishing neighbors and coworkers a ‘Merry Christmas’ makes some Jews uncomfortable. Raising proud Jewish children in America is no easy task as more as more Jews abandon the faith and assimilate. Nativity Scenes, Christmas Trees and any perceived threats against Judaism are met with great resistance by many Jews. As much as I understand those concerns, I also think that we are missing the mark and so I proudly wish a Merry Christmas to my Christian friends.

Yes, it is true, assimilation is a frightening problem today. According to Pew’s Survey of Jewish Americans taken in October, one in five Jews describe themselves as “Jews of no religion” and two thirds of them are not raising their children as Jewish in any way. At this rate, Judaism’s strongest community outside of Israel is at great risk of sinking like the Titanic.

It is easy to look around and point the blame at Christian America for so many Jews shedding their heritage. Yet the real villain here is not the faith of another religion, it is the faithlessness of society at large. In his wonderful article “Is Christmas Good for the Jews”, Rabbi Benjamin Blech argues that “our children today are threatened by the spirit of secularism more than by songs dedicated to proclaiming a holy night.” He goes on to say that Christmas in America has been responsible for many positive Jewish results like greater self-awareness and concludes that he really loves the Christmas season.

Rabbi Daniel Lapin explains that “Secular fundamentalism has successfully injected into American culture the notion that the word “Christmas” is deeply offensive. I think we Jews may be making a grievous mistake in allowing them to banish Christmas without challenge.” Lapin concludes with a call to his fellow Jews to turn their backs on secularism and to wish their Christian friends a very merry Christmas as opposed to the politically correct “Happy Holidays.”

Christmas is certainly a time that highlights the differences between Jews and Christians, yet getting to know so many Christian Zionists has demonstrated to me that what unites us is far more important than what divides us.

I agree wholeheartedly with Rabbi Blech and Rabbi Lapin and wish all of my Christian friends and readers a very merry Christmas and a year of stronger bonds between our two communities so we can fight together against the forces of faithlessness while uniting in our mutual reverence for the God of Israel.