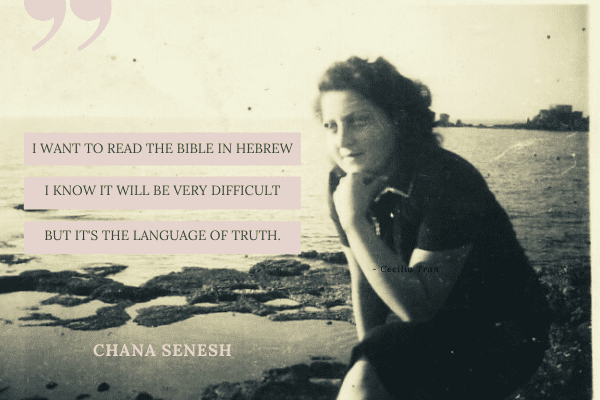 The lifebreath of man is the lamp of Hashem Revealing all his inmost parts.

Chanah Senesh, whose centenary birthday we mark this year, is a famous figure in the story of Israel and Zionism. Her diary and poems have been read by Israelis for decades and her tragic death is commemorated by a grateful nation. Her poems, which include “Blessed is the Match” and “Eli, Eli” – “My God, my God,” have since made her a literary and musical icon in Israel.

The Bible in Proverbs provides a powerful image, that “the soul of man is the lamp of Hashem.” The human soul is akin to a candle lit by the Creator, and even a small flame contains an extraordinary amount of power. Senesh gives us a more modern image than the Biblical lamp, the match. According to Rabbi Meir Soloveitchik, “Lamps and candles are infused with fuel so that their flames sustain themselves, but a match brings forth a fiery force from within that is gone within seconds. Yet if the match successfully kindles another flame, even as it is consumed it still lives on, and its apparently transient life endowed with endurance, continuity.”

Senesh was born in Budapest in 1921 and immigrated to the Land of Israel as a teenager in 1939. After attending agricultural school, she joined a Kibbutz on the Mediterranean coast, where she did farm work and wrote poetry. In 1943, Senesh enlisted in the British Army and volunteered to become one of a group of parachutists whose mission was to parachute into Nazi-occupied Europe, to rescue Jews, including her own family members. 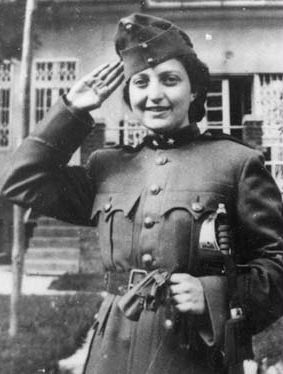 In March 1944, Senesh and four others parachuted into Yugoslavia, and in June, immediately after crossing the border into Hungary, she was captured by the police. Caught with a radio while crossing the border, Senesh refused, under terrible torture, to reveal the transmitter codes, and she continued to do so even when the Gestapo brought her mother to the prison and threatened the life of the woman Chana had come to save.

Senesh was a beacon of inspiration to other Jewish prisoners, sustaining them with tales of the Holy Land and famously drawing a Jewish star on the window of her cell. She was executed at the age of 23 by firing squad soon before the Allies conquered Hungary.

Page 88 of the diary that Chana Senesh began keeping in 1938 – a year before she immigrated to the Land of Israel from Hungary – is marked by a major shift. “From today, I will write in my diary only in Hebrew,” the poet declared. Up to that point in the diary, the handwritten entries were all in Hungarian. But she then began, amid the mistakes in spelling and grammar of someone not yet fluent in Hebrew, to write in the holy tongue.

“I should have started before, and I think now that it will work out,” she wrote reassuringly about her abilities in Hebrew. “I want to read the Bible in Hebrew. I know it will be very difficult, but it’s the language of truth and the most beautiful, and the spirit of our people is in it,” she declared. In somewhat broken Hebrew, she remarked: “I am now writing without a dictionary and certainly with a lot of mistakes, but I’m happy, because I see that I will be able to learn Hebrew quickly.”

In her diary, Senesh even referred to her own possible death: “I don’t think at all that I will die. It’s true that objectively that possibility could be very close, but I feel as if I still have a great deal to do in life. Without a doubt, that’s how everyone feels, every young person who has already gone to their deaths and will [in the future] in this horrible war. And that’s how this entire young country feels, filled with desire, a love for the future.”

Though her military mission was a failure, she took part in the only Jewish military attempt to save Jews from the Holocaust—and thereby died for the Zionist principle that Jews should fight to defend Jews. Through her poetry and her brave, short life, Chana Senesh was truly a match that still ignites the hearts of all those who love Israel and the Jewish people.