Be an Individual Within the Community 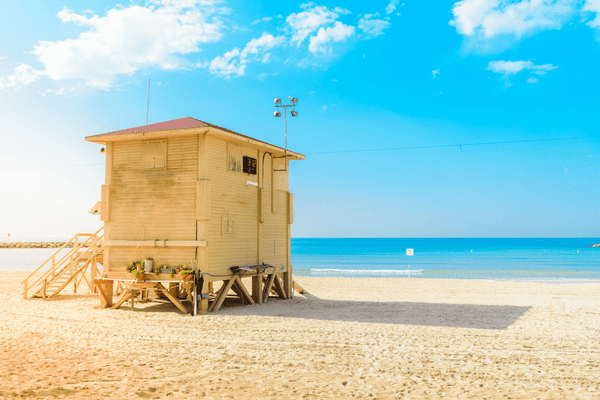 See, this day I set before you blessing and curse:

I learned more about being a soldier from Moshe Bachar during my reserve duty than from any other officer I encountered in the IDF and he taught me a huge lesson. One of the other soldiers intimidated me. He had served in a really tough fighting unit and even in reserve duty, where we were all pretty much equal, he bossed me around. Moshe saw this and took me aside.

“But he shoots better, runs faster, and is so much better than me in every way,” I said.

Though it is true that every person has to develop their relationship with God, the Torah was given to the entire nation at Mount Sinai. So which is more important; the individual or the nation?

This question becomes more perplexing in one compact, confused verse:

See (singular), this day I set before you (plural) blessing and curse: Deuteronomy 11:26

Who is this verse directed at? The individual or the nation?

This confusing formula is repeated later:

You (singular) shall appoint magistrates and officials for your tribes, in all your (plural) settlements that Hashem your God is giving you, and they shall govern the people with due justice. Deuteronomy 16:18

Who exactly is God speaking to?

FIND OUT WHY THESE VERSES SWITCH BETWEEN SINGULAR AND PLURAL

The question becomes even stronger when we consider the Shema prayer, the twice-daily declaration of God’s unified rule over the world. The first line is notably in the singular even though it is addressed to the entire nation:

In a rather confusing manner, the paragraph that follows describes mitzvoth (commandments) written in the singular. This includes loving God, teaching your children, tefillin (phylacteries), and mezuzah (a small scroll of parchment affixed to the doorposts of Jewish homes); all written as an imperative to the individual.

But the second paragraph of the shema changes that, confusing the matter further by alternating between the singular and the plural:

If, then, you (plural) obey the commandments that I enjoin upon you (plural) this day, loving Hashem your God and serving Him with all your heart and soul,I will grant the rain for your land in season, the early rain and the late. You (singular) shall gather in your (singular) new grain and wine and oil Deuteronomy 11:13-14

In many cases, the community takes an active role in the individual performing the commandments. In situations such as redeeming the firstborn, brit milah, and educating children, if the parents or individual cannot afford to perform the mitzvah (command), the community is required to do so.

Even prayer, the most intimate and personal aspect of an individual’s relationship with God, is enhanced when carried out as a community.

In many ways, the individual depends on the community in order to perform the mitzvoth. A Jewish community needs a teacher of children, a mohel to perform circumcisions, a kosher butcher, and many others.

This dichotomy is hinted at in the two blessings God gives the offspring of Abraham. God tells Abraham that his descendants will be like the stars in the sky and also like the sand of the seashore (Gen. 22:17). This is not redundant. Each star is distinct and individual. Their beauty is best seen when they are viewed separately. But this is not so with sand. As an individual, a single grain of sand is unimpressive and insignificant. But many grains together can form an island and stand against storms.

Though it is true that the individual is responsible for his actions, he is acting as part of the whole community. We serve God both as individuals and as part of a group. We must always remember that while we are responsible for ourselves, we must not forget our connection to the community and our responsibility to others.