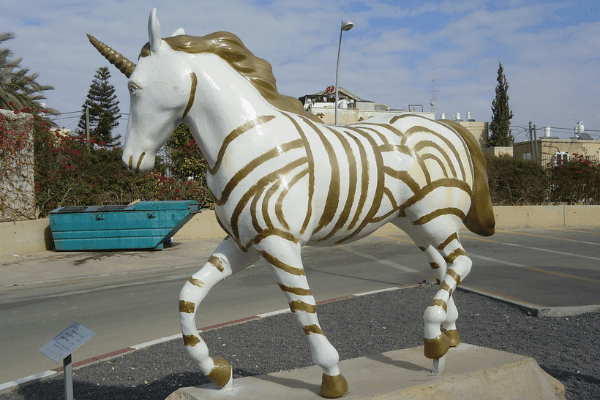 The Torah gives detailed instructions on how to build the Tabernacle including precise weights and measures. But one element remains a mystery; the skins of the tachash used for the outer covering of the Tabernacle, and as a slipcover for the holy vessels while they traveled in the desert. 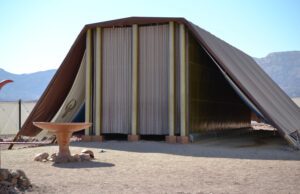 Model of the Tabernacle in Timna Park (Shutterstock.com)

There are many opinions concerning the true identity of the tachash. The Israel Bible follows the Jewish Publication Society translation which renders tachash as dolphin or sea cow. The only other time that Scripture mentions tachash aside from the context of the Tabernacle is in Ezekiel 16:10:

I clothed you with embroidered garments, and gave you sandals of dolphin (tachash) leather to wear, and wound fine linen about your head, and dressed you in silks.

It is also incongruously the name of a son of Nahor’s concubine, Reumah, listed in Genesis 22:24.

The reference in Ezekiel to the tachash skin being suited for making shoes led some commentaries to suggest that it referred to back leather. This explanation is difficult for others who reason that it would be unsuitable to cover the holy Tabernacle in shoe leather. They suggest that there are, in fact, two types of tachash: one type used for shoes and the other used for more holy purposes.

The discussion continues, suggesting the tachash was related to the keresh, a creature most often identified with the giraffe, with a similar description mentioned in the Talmud. It is interesting to note that the giraffe chews its cud and has cloven hooves, therefore it is kosher. But since the precise location to slice its throat for slaughtering is unclear, it is not eaten. So if the tachash was a giraffe, it would have been made from a technically clean/kosher animal.

The Midrash tells us that the tachash was a large, wild, kosher animal that had a single horn (a unicorn), its skin was made up of six colors, and its length was 30 amot (nearly 50 ft.). If this unicorn is to be understood in the context of its role in the Tabernacle, it can be inferred that unicorns are, indeed, kosher. The tachash unicorn was so enormous that one hide could be made into a seamless tent-curtain thirty cubits long and four cubits wide (45 ft. x 6 ft).

In any case, Rashi explains that the mystery exists because God created the tachash animal specifically to be used for the Tabernacle. As such, it existed during the construction of the Tabernacle only, but afterward it was “hidden” from the world.

The identity of the tachash remains a mystery, but wouldn’t it be neat to sample a unicorn?