Are Science and Fear of God Compatible? 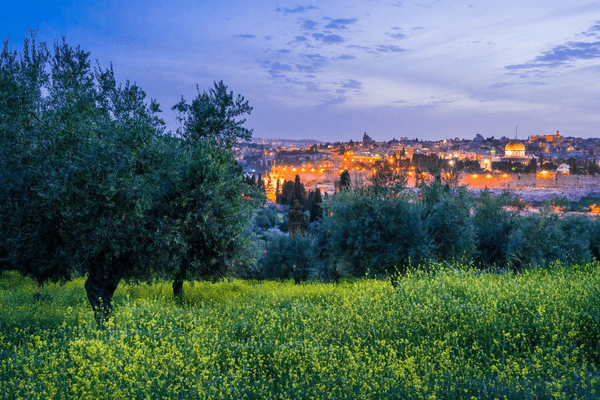 Those among Pharaoh's courtiers who feared Hashem's word brought their slaves and livestock indoors to safety;

“Fear of God is the beginning of knowledge and understanding.” There are several sources for this piece of wisdom. King Solomon, the wisest of the wise, said it in Proverb (1:7). Solomon clearly learned this important maxim from his father, King David, who wrote about it in Psalms (111:10).

But there are some words that do not translate well, and ‘fear’, yirah (יִרְאַה), is one of them.

What does it really mean to fear God?

The idea of “fear of God” appears in this week’s Torah portion, known as Va’eira (Exodus 6:2–9:35). With regard to the plague of hail, the Bible says:

When I try to imagine what ancient Egypt was like, I envision something like modern-day New York City. It was the most prestigious and important city of its day. The people were cultured. Surely all the great artists congregated there and, as the ruler, Pharoah surrounded himself with all of the best and brightest scientists. You would think that after the first few plagues they would have understood that empirically speaking, a threat by Moses had some weight behind it and was worth listening to.

So why did some of Egypt’s best and brightest thinkers ignore the warning about the imminent plague of hail?

We see from the above verse that there were those who feared God’s word and listened to Moses’ warnings. It was only those “who paid no regard to the word of Hashem” that “left their slaves and livestock in the open.”

The verses above contrast fearing God with paying no regard to His word. The Hebrew for “paid no regard” literally means they did not take His words to heart. Those who did not listen to the warning about the hail had seen what had occurred until this point, but they did not take it to heart.

If this is the opposite of fear of God, then fear of God itself means paying attention and understanding that there is a God; taking to heart His existence and involvement in this world and in our lives.

Given all of this, the phrase translated as ‘fear of God’ should more accurately be expressed as ‘awe of God’. The difference is that fear comes from ignorance or an encounter with the unknown. It is reasonable to fear the dark. An encounter with a beast of unknown origins and abilities is terrifying. But awe comes from knowing how powerful something is.

Someone who does not have awe for God does not have even a rudimentary understanding of God. He might be aware that there is a God, but he has not taken this idea to heart. Once you pay attention to God and His role in the world, once you take the existence of God to heart, then you develop an awe for him and can begin to understand His Creation.

It is for this reason that “the fear of God is the beginning of knowledge (Proverbs 1:7), for without it you can not even begin to understand.

A scientist who does not have an understanding of God and His Creation sees the world like a machine, operating along set principles. That scientist believes that he understands the universe, and that his understanding alone is all that matters.

But if that were true, scientists would have solved all of the world’s problems. In fact, most of the major problems today were caused by science. And scientists are constantly revising their statements about the nature of the universe. What was irrefutably true last year is now considered silly.

Not only are science and faith compatible, good science begins with faith. One illustration of this is the story of Robert Jastrow, an American astronomer and planetary physicist who was one of the founders of NASA. He began his career as a vocal agnostic. In the wake of observations made by Edwin Hubble that supported the Big Bang theory, Jastrow recanted. In an interview with Christianity Today in 1982, Jastrow said “Astronomers now find they have painted themselves into a corner because they have proven, by their own methods, that the world began abruptly in an act of creation to which you can trace the seeds of every star, every planet, every living thing in this cosmos and on the earth. And they have found that all this happened as a product of forces they cannot hope to discover. That there are what I or anyone would call supernatural forces at work is now, I think, a scientifically proven fact.”

He was also quoted as saying, “Far from disproving the existence of God, astronomers may be finding more circumstantial evidence that God exists.”

Similarly, Werner Heisenberg, a German theoretical physicist and one of the main pioneers of the theory of quantum mechanics who lived at the beginning of the 20th century, wrote, “The first gulp from the glass of natural sciences will turn you into an atheist, but at the bottom of the glass God is waiting for you.”

Dr. Gerald Schroeder,  a scientist with over thirty years of experience in research and teaching, stated unequivocally:

“The Big Bang is the best proof of God since Moses came down from Sinai. The only thing that matches it is the creation of the modern state of Israel.”