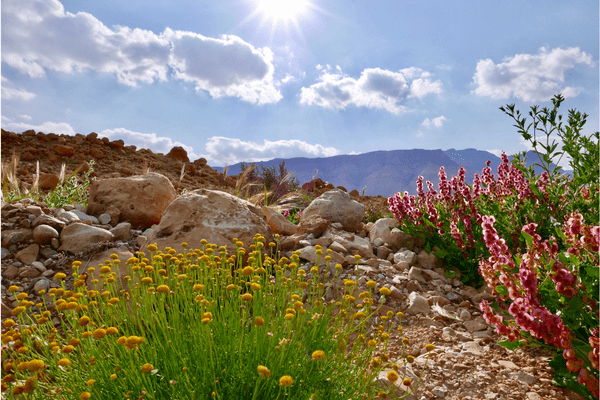 How long, Hashem; will You ignore me forever? How long will You hide Your face from me?

Because I have spent a lot of time walking the land of Israel, when I read Psalms I generally think about how they were composed by a young, redheaded shepherd, wandering the hills of Judea just as I have done. I often forget that David was not an ordinary shepherd. He had ruach hakodesh, the divine spirit that enabled him to compose psalms that speak to everyone in every generation, each in his own way.

This is especially true of Psalm 13 (The Israel Bible, pp. 1485-1486). Though it can certainly be understood as David’s personal plea to God, sages have understood it as a prophetic message, giving voice to Jews throughout the generations.

In this psalm, King David cries out “ad anah – how long?” (Psalm 13:2-3) four separate times. According to the medieval biblical commentator known as Rashi, these four cries correspond to the four exiles that the Jewish people have experienced.

The first cry in the first half of verse 2 refers to the exile of the Jews to Babylonia:

How long, Hashem; will You ignore me forever? Psalm 13:2

That exile was devastating, resulting in the destruction of Solomon’s Temple. It was ordained to last quite long, as the verse implies by the use of the word “forever,” but the cries of Rachel diverted that harsh decree:

Thus said Hashem: Restrain your voice from weeping, Your eyes from shedding tears; For there is a reward for your labor —declares Hashem: They shall return from the enemy’s land. Jeremiah 31:15 (The Israel Bible, p. 1148)

The second half of that verse refers to the Persian exile:

How long will You hide Your face from me? Psalm 13:2

The story of that exile is told in the Book of Esther. The name Esther is derived from the Hebrew word hester, i.e. hidden. In the Book of Esther, God’s face and His divine intervention were essentially hidden, with the unlikely outcome seeming to come solely as a result of the actions of the Jews.

The third cry in this Psalm comes in the third verse:

How long will I have cares on my mind, grief in my heart all day? Psalm 13:3

Rashi explains that refers to the Syrian-Greek oppression of the Jews. Though the Syrian-Greeks did did not physically oppress the Jews, they came for their hearts by trying to turn them away from God. The goal was to get them to abandon their Jewish beliefs in order to embrace a foreign ideology.

The fourth cry is found in the second half of that verse:

How long will my enemy have the upper hand? Psalm 13:3

This refers to the Roman-initiated exile which has lasted 2,000 years. In the psalm, David warns that if God does not intervene, all may be lost:

Look at me, answer me, Hashem, my God! Restore the luster to my eyes, lest I sleep the sleep of death; Psalm 13:4

Though Kind David wrote his psalms as a reaction to specific incidents and moments in his life, his psalms can be applied to every situation in a person’s life, capturing one’s joy and grief, disappointments and hopes. Since King David himself experiences the travails of every person and expresses his feelings through the verses of his psalms, a person can always find words to respond to his own experiences within Psalm’s heartfelt verses.

King David serves as a model of strength of character and belief in God, because no matter what he goes through he never gives up hope. Even at his lowest points, feeling abandoned and discouraged (verse 2), he is still able to say “I trust in Your faithfulness” (verse 6). And no matter what emotions he feels, he is still able to announce “I will sing to Hashem, for He has been good to me.” This has been the source of the Jews’ strength over the millennia: No matter how much pain and suffering they endure, they maintain an unwavering belief in the Lord and His salvation, and hope for the time when their tears will transform to laughter and joy. It is for this reason that the Siddur HaShelah, a prayer book compiled by Rabbi Yeshayahu Horowitz, recommends that anyone going through difficult times recite this chapter of Psalms.