A 16th Century Woman of Valor and Zionist 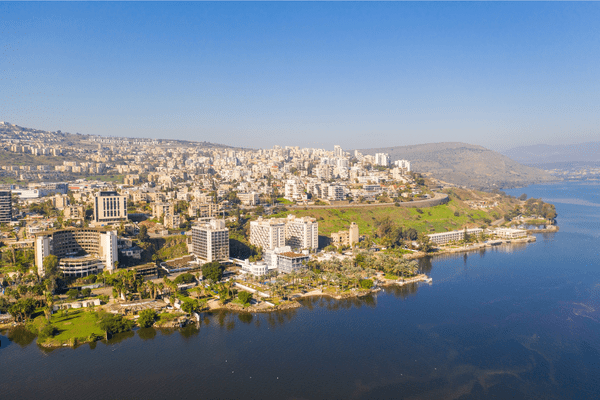 Thus said Hashem: Restrain your voice from weeping, Your eyes from shedding tears; For there is a reward for your labor —declares Hashem: They shall return from the enemy's land.

Some true stories are far more remarkable than fiction, and this is certainly the case with regard to Doña Gracia Nasi. In the 16th century, long before the women’s liberation movement came into fashion and when Jews were expelled from Spain and Portugal, Doña Gracia was wealthy and independent and shockingly open about her Judaism. And she used her wealth to help the Jews.

This remarkable woman also established a Jewish community in Tiberias in what has often been called one of the earliest attempts at a modern Zionist movement.

Doña Gracia Nasi was born Beatrice de Luna in about 1510 in Lisbon to a family of crypto Jews from Aragorn, Spain, that was forced to flee to Portugal in 1492. Five years later, they were forcibly converted to Catholicism but continued practicing Judaism in secret, making them conversos. Conversos kept two names; their Christian names, given to them after baptism in a church, and their Jewish names. Beatrice was her Portuguese name, but to her family she was known as Gracia, the equivalent of the Hebrew name Chana.

She married her uncle Francisco Mendes-Benveniste when she was 18 years old. He was a prominent spice merchant and banker, but in secret he also served as the community’s rabbi. The couple had a daughter, Ana, but Francisco died in 1538. Francisco left his great wealth to be divided between his brother, Diogo Mendes, and Beatrice, making her one of the wealthiest women in the world at the time. Beatrice continued her dead husband’s business dealings while also continuing to guide the secret Jewish community.

Though her husband was initially buried in Lisbon, she requested and received permission from the pope to move his remains to the Mount of Olives in Jerusalem.

When the Inquisition moved to Portugal in 1536. Diogo Mendes relocated to Antwerp, Netherlands, the leading financial center in Europe. Beatrice and her sister Brianda soon followed. The city was under the jurisdiction of Spain, so Beatrice was still prohibited from openly practicing Judaism. But Beatrice used her wealth and position to establish a network that helped Jews flee Spain and Portugal. She owned a fleet for her merchant business and these ships were used to transport Jewish refugees.

Beatrice’s activities did not go unnoticed. Accusations that her deceased husband was involved in “Judaizing” forced her to pay a huge bribe to the Holy Roman Emperor Charles V. At the same time, suitors began to aggressively pursue her daughter, Ana. Beatrice fled to Venice in 1544 where Jews were permitted to live, but Beatrice chose to continue the pretense of being Catholic in order to live along the Grand Canal rather than in the Jewish ghetto.

Attracted by her wealth, Ercole II, Duke of Este, invited Beatrice to Ferrera in 1549. The city was home to a large Sefardic community that consisted of many ex-conversos from the Iberian Peninsula. Finally permitted to live openly as a Jew, Beatrice reverted to her Hebrew name, Doña Gracia Nasi, and her daughter, Ana, became known as Reyna Nasi. Doña is a Spanish honorific reserved for nobility, Gracia is the Spanish equivalent of Chana, and her new surname, Nasi, alluded to the biblical title that connoted royalty and political leadership. It is believed that she was the only woman who was awarded that title.

Though she revealed her Jewish identity, she continued to dress like royalty.

In 1553, Doña Gracia moved to Constantinople, the capital of the Ottoman Empire. She continued to help Jewish refugees and redeemed Jewish slaves captured by pirates. She fed over 100 people daily at her home. She also established a yeshiva referred to by the locals as “the academy of the giveret [lady]” and a synagogue named “the synagogue of the Señora.” After the Pope mistreated the Jews of the port city of Anacona in 1556, including burning Jews at the stake, she organized a successful boycott of the city.

In the 1560s she turned her attention to the Holy Land. With her backing, her nephew, Joseph Nasi, received permission from Sultan Suleiman the Magnificent to establish a community in Tiberias in 1566. This venture has often been called one of the earliest attempts at a modern Zionist movement.

Doña Gracia Nasi died on the 13th of the Hebrew month of Cheshvan in 1569. Her commitment to the Jewish people and her perseverance, despite being in exile, gave strength and hope to her nation, and reminded them of God’s promise to return His children to their land.