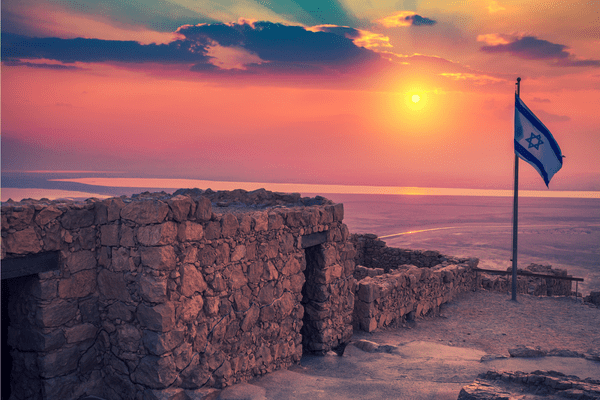 And he said to his people, “Look, B'nei Yisrael are much too numerous for us.

The beginning of the Book of Exodus is the first time that we encounter antisemitism. Pharaoh was the first to use the antisemitic tropes that have, unfortunately, become all too familiar: “There are too many of them”, “They are too powerful”, and “They want to take over.” In Pharaoh’s words:

And he said to his people, “Look, B’nei Yisrael are much too numerous for us. Let us deal shrewdly with them, so that they may not increase; otherwise in the event of war they may join our enemies in fighting against us and rise from the ground.” (Exodus 1:9-10)

These ideas, which were first expressed in Egypt, have been repeated over and over again throughout Jewish history. In fact, the sages saw Egypt in all governments that oppressed and persecuted the Jewish people over the years. As Rabbi Jose b. Hanina said:

“All governments may be called by the name Mitzrayim (Egypt) since they oppressed (in Hebrew, meitzerin, the same root as Mitzrayim) Israel.” (Vayikra Rabbah 13:5)

Martin Luther King Jr. was an icon in the civil rights movement for blacks and a vocal proponent of nonviolent activism. He also had a strong connection to Israel and took a powerful stand against antisemitism.

There is currently a dispute over whether anti-Zionism constitutes antisemitism, but for Rev. King there was no question. During a dinner event in 1968, a student speaker attacked Zionism. “When people criticize Zionists, they mean Jews,” Rev. King said to the attendees in response. “You’re talking anti-Semitism.”

He followed this with a “Letter to an Anti-Zionist Friend,” published in the Saturday Review, in which he wrote:

“You declare, my friend, that you do not hate the Jews, you are merely ‘anti-Zionist. And I say, let the truth ring forth from the high mountain tops, let it echo through the valleys of God’s green earth: When people criticize Zionism, they mean Jews–this is God’s own truth.”

“Antisemitism, the hatred of the Jewish people, has been and remains a blot on the soul of mankind. In this, we are in full agreement. So know also this: anti-Zionist is inherently antisemitic, and ever will be so.”

“Why is this? You know that Zionism is nothing less than the dream and ideal of the Jewish people returning to live in their own land. The Jewish people, the Scriptures tell us, once enjoyed a flourishing Commonwealth in the Holy Land. From this they were expelled by the Roman tyrant, the same Romans who cruelly murdered Our Lord. Driven from their homeland, their nation in ashes, forced to wander the globe, the Jewish people time and again suffered the lash of whichever tyrant happened to rule over them.

“The Negro people, my friend, know what it is to suffer the torment of tyranny under rulers not of our choosing. Our brothers in Africa have begged, pleaded, requested–DEMANDED the recognition and realization of our inborn right to live in peace under our own sovereignty in our own country.

“How easy it should be, for anyone who holds dear this inalienable right of all mankind, to understand and support the right of the Jewish People to live in their ancient Land of Israel. All men of good will exult in the fulfillment of God’s promise, that his People should return in joy to rebuild their plundered land.

“This is Zionism, nothing more, nothing less.

“And what is anti-Zionist? It is the denial to the Jewish people of a fundamental right that we justly claim for the people of Africa and freely accord all other nations of the Globe. It is discrimination against Jews, my friend, because they are Jews. In short, it is antisemitism.

“The antisemite rejoices at any opportunity to vent his malice. The times have made it unpopular, in the West, to proclaim openly a hatred of the Jews. This being the case, the antisemite must constantly seek new forms and forums for his poison. How he must revel in the new masquerade! He does not hate the Jews, he is just ‘anti-Zionist’!

“Let my words echo in the depths of your soul: When people criticize Zionism, they mean Jews–make no mistake about it.”

The letter was quoted by Ariel Sharon before the Knesset in 2005 and was also cited by the Anti-Defamation League in testimony before the House of Representatives. While there are those who claim that King did not actually pen this letter, the message of the letter was certainly reflective of his sentiment.

In 1967, Rev. King repudiated the anti-Israel position taken by the New Politics Convention in Chicago in a letter to the American Jewish Committee. Rev. King wrote that antisemitism was “immoral” and was being used to divide Negro and Jew “who have collectively collaborated in the struggle for justice.” He added that anti-Semitism “injures Negroes…because it upholds the doctrine of racism, which they have the greatest stake in destroying.”

In 1968, a mere two weeks before his assassination, Dr. King said in a speech to the Rabbinical Assembly: “Peace for Israel means security, and we must stand with all our might to protect its right to exist…I see Israel as one of the great outposts of democracy in the world, and a marvelous example of what can be done, how desert land can be transformed into an oasis of brotherhood and democracy. Peace for Israel means security and that security must be a reality.”

King’s love for Jews and his stance against the injustice of antisemitism was reciprocated. When he famously led the march on Selma to Montgomery in 1965, Rabbi Abraham Joshua Heschel was at his side. Indeed, the two were close friends. That year, Heschel presented Rev. King with the Judaism and World Peace Award.

Similarly, Rabbi Pinchas Teitz of Elizabeth, NJ, represented Orthodox clergy in a speech he gave encouraging participation in King’s March on Washington in August, 1963. In his speech, he compared the march on Washington to the historic march of Joshua around the walls of Jericho:

Let this March on Washington be the sounding of the horn, the clarion call whose echoes shall resound in the hearts and minds of all Americans, and thus lead to the complete tumbling down of the walls of separation and discrimination.

Bishop Glenn Plummer, the first Bishop to Israel representing the Church of God in Christ (COGIC), related a story that illustrated King’s connection with Israel.

Rev. King gave his last address on April 3, 1968, the night before he was assassinated, at the COGIC headquarters in Memphis, Tennessee. Known as the “I’ve Been to the Mountaintop” sermon, the speech was in support of the striking Black Memphis sanitation workers.

“In the speech, he referenced a New Testament story about a Samaritan and the road to Jericho,” Bishop Plummer explained. “Rev. King made a tangent, describing his visit to Jerusalem with his wife and their car trip to Jericho. Most people were not aware that in 1959, when he was 30 years old, he visited Israel, and that it was a life changing experience for him.”

According to Bishop Plummer, most people don’t listen to the entire speech.

“They don’t get that context for the conclusion of the speech,” he said. “But when Rev. King said that he had been to the mountaintop and seen the promised land, he was speaking literally, talking about Jerusalem. And you can describe many places metaphorically as paradise, but the only place in the world that can be called the promised land is Israel.”

“This speech, his final words, was an expression of brotherhood with Israel.”