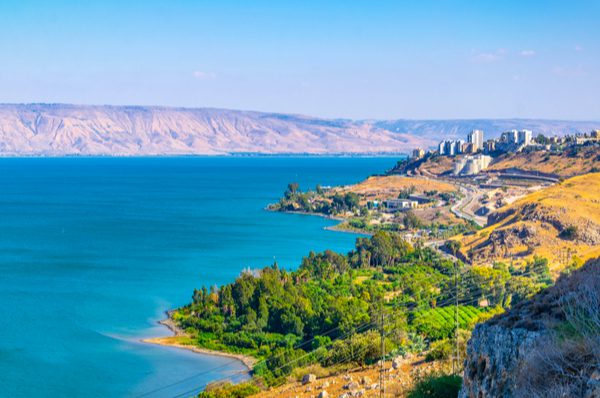 Devora, wife of Lappidoth, was a Neviah; she led Yisrael at that time.

Deborah was a prophetess and the fourth judge of the Children of Israel during the time period of the Judges, the only woman to have held that position. Because the Children of Israel began to worship idols, God delivered them into the hands of the Canaanite king, Jabin of Hazor, and his evil general, Sisera. The Canaanites oppressed them for twenty years before God sent Deborah to save her people.

Deborah was from the mountains of Ephraim and managed to remain true to God despite the sinning and idolatry that surrounded her. She would sit under a palm-tree and, from there, judge the nation and greet all those who came to seek her advice. Deborah tasked Barak with leading the battle against the Canaanites and ridding the Children of Israel of their oppressors. He accepted the mission only on condition that Deborah come along. He knew that he needed the help of God, and the inspiration of this wise, God fearing and influential woman, in order to succeed against the mighty Canaanite army.

Throughout Jewish history, many women have followed the example of Deborah, the prophetess and judge, by taking positions of leadership on behalf of their people. One example dates to the early Renaissance period, when another Jewish woman emerged as a great leader of her people.

At the time, the Jews of Spain faced the horrific persecutions of the Inquisition. But despite the strict prohibitions against practicing Judaism, many of the forced converts known as Crypto-Jews, or Anussim, continued to observe their religion in secret. Dona Gracia (1510–1569) discovered her Jewish identity only after she was married, but from that moment on she was determined to bring respite to her people. As one of the wealthiest women in Europe, she was able to create an escape network for many of the Anussim, and eventually used her position of power to negotiate with Sultan Suleiman the Magnificent for a long term lease on the Tiberias region of the Land of Israel, of which she became the ruling authority. She began to rebuild the Galilee’s abandoned towns for other Anussim to settle in, and aimed to turn Tiberias into a major center of Jewish settlement, trade and learning.

The contemporary city of Tiberias is located on the western shore of the Sea of Galilee. It is considered one of Judaism’s four holy cities along with Jerusalem, Hebron and Safed. Today, visitors to Tiberias can visit the Dona Gracia museum to learn about this fascinating woman who, like Deborah, became a leader of her people and pursued one of the earliest attempts to create a Zionist movement.