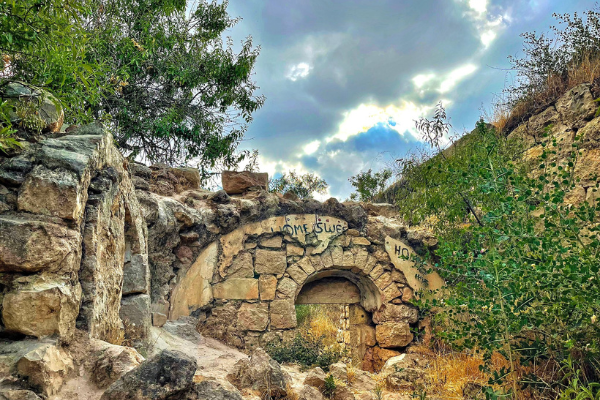 He who finds a wife has found happiness And has won the favor of Hashem.

Who are you? This question seems deceptively simple, answered with a quick look at your driver’s license. But it is, in fact, a deeply complex question, one that we spend our entire lives answering and re-answering. A person’s identity is the sum total of all his experiences plastered over a physical and spiritual conglomeration of our parents.

The Bible is replete with examples of righteous couples, of holy men and women who so perfectly complemented one another.

But the darker side of marital unity is never more apparent than it is in the story of Korah and the 250 men who joined him in the rebellion against Moses and Aaron. After the judgment against these rebels was passed, the people of Israel separated themselves from the rebels’ tents, leaving the evil men standing at the entrances to their tents, together with their wives. The wives of Korah and his followers bore part of their guilt.

What role did women play in the drama of Korah’s rebellion? In this story, we will discover the awesome power our spouses have over us. They can destroy us – and they can literally save our lives.

Though Korach’s wife is not named in the Torah, the sages describe her as a woman who was envious of Moses’ and Aaron’s positions of leadership. Korah, a first cousin of Moses and also from the tribe of Levi, was a scholar and a student of Moses. His wife had much to be happy about – but it wasn’t enough. She believed her husband deserved a far more prominent leadership role, and that Moses’ was standing in the way of his advancement. Day and night, she dripped this venom in her husband’s ears. “A great man like you should be leading our nation!”

Little by little, she drove a wedge between her husband and Moses. She accused Moses of nepotism, for appointing his brother Aaron and his children to be the priests who conducted the Temple service. Though her husband, as a Levite, also had a role in the Temple service, it was not enough for her. “See the roles that Moses and Aaron have, and see where you are,” she told her husband. “Move forward in life already!”

In contrast, the sages tell of the wife of another member of the rebellion: On son of Peleth. On is listed at the beginning of the chapter as one of those who rebelled against Moses and Aaron along with Korah, Dathan, and Abiram. But at the end of the chapter, when punishment is meted out, On is not mentioned.

The sages explain the discrepancy in a fascinating way. After Korah declared the rebellion, On joined in. But when he returned home that evening and told his wife of his plan to join the rebellion, she was aghast. She convinced him that the rebellion would not benefit him. He agreed, but explained that he had already pledged his support for Korah; he couldn’t back out now! On himself had already been carried into the dispute led by Korah and was no longer able to judge the situation clearly, with discernment. But his wife understood that he was involved in something disastrous – and used her wisdom to save him and their family.

To save her husband, On’s wife mixed a strong drink to put him to sleep. In the morning, while On slept soundly, she gathered her daughters and they sat together in front of their tent with their hair uncovered. When On failed to come to the rebellion, Korah sent messengers to summon him. But even the evil rebels would not gaze upon the uncovered hair of a woman.

When Korah and his crowd were swallowed up by the earth, On was at home in bed, saved by his wife. On was too embarrassed to request forgiveness from Moses, but his wife went as his emissary. Moses forgave On but he spent the rest of his days repenting for his sin – and thankful to the wife who had saved him.

Usually, when people talk about the Korah affair, they talk about the big things – dispute, peace, envy, and faith. But between the lines, we discover that what exerts the biggest influence upon us in life are the small things: the messages our partners convey to us in everyday conversations, the atmosphere at home and where it directs us, and the things that we say after a day of work, when the door of our home is closed, as part of the small talk in the living room and in the kitchen.

Our marriages are the most important relationship in our lives. We should never take them for granted. Our relationship with our spouse can bring us closer to God or lead us into rebellion. We must invest our marriage with holiness! Study the Bible together with your spouse, pray together and bring holiness into your home, and together you will accomplish more than you could ever imagine!