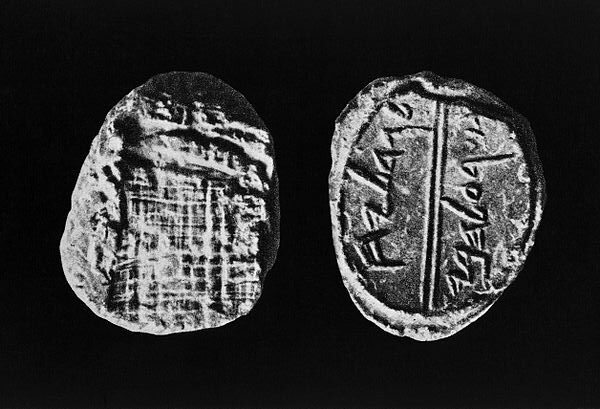 Then Ishmael son of Nethaniah and the ten men who were with him arose and struck down Gedalya son of Achikam son of Shafan with the sword and killed him, because the king of Babylon had put him in charge of the land.

Archaeologists in Israel uncovered evidence from nearly three thousand years ago, proving the existence of Gedaliah, a relatively minor character mentioned in the Bible, whose life is still commemorated till this very day by Jews every year through an annual fast day.

The Fast of Gedalia, צוֹם גְּדַלְיָה‎ Tzom Gedalya in Hebrew, is a minor Jewish fast day from dawn until dusk to lament the assassination of Gedaliah, the righteous governor of Judah. His death ended Jewish autonomy following the destruction of the First Temple.

Gedalya son of Achikam was appointed by the Babylonians as governor of Yehuda after the destruction of Yerushalayim. A small band of Jewish fanatics, led by Ishmael the son of Nethaniah, take advantage of Gedalya’s hospitality and assassinate him on Rosh Hashana, the Jewish new year. As a result, the few Jews remaining in Israel flee to Egypt to avoid the vengeance of the Babylonian army, ridding the Holy Land of a Jewish presence for the remainder of the Babylonian exile. The death of the last Jewish leader in Israel marked the end of the First Israelite Commonwealth. Since then, for over two thousand years, Jews have fasted in commemoration of Gedalyah’s death on the day after Rosh Hashana, to remind them how hatred and zealousness cost them their sovereignty in the Land of Israel. Rabbi Abraham Isaac Kook taught that since Yerushalayim was destroyed on account of hatred and factionalism (Yoma 9b), it is through love and kindness that the Jews will return to the land and the Beit Hamikdash will be rebuilt.

But it came to pass in the seventh month, that Ishmael the son of Nethaniah, the son of Elishama, of the seed royal, came, and ten men with him, and smote Gedaliah, that he died, and the Jews and the Chaldeans that were with him at Mitzpah. And all the people, both small and great, and the captains of the forces, arose, and came to Egypt; for they were afraid of the Chaldeans.

A fuller account is in Jeremiah 41 where the murder of a group of envoys and the kidnapping of the gubernatorial staff and family are also related:

In the seventh month, Ishmael son of Nethaniah son of Elishama, of the royal family, one of the chief officers of the king, came with ten men to Gedaliah son of Ahikam, at Mizpah. As they ate bread together there at Mizpah, Ishmael son of Nethaniah and ten men with him got up and struck down Gedaliah son of Ahikam son Shaphan with the sword and killed him, because the king of Babylon had appointed him governor in the land. Ishmael also killed all the Judeans who were with Gedaliah at Mizpah, and the Chaldean soldiers who happened to be there.

In remembrance of these tribulations, the Jewish sages instituted the Fast of the Seventh (see Zechariah 8:19) on the day of Gedaliah’s assassination in the seventh month.