What Happened to the Lost Tribes of Israel? 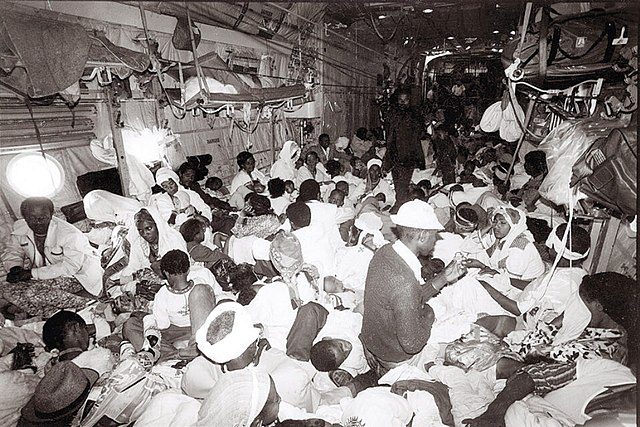 answer them, “Thus said Hashem: I am going to take the stick of Yosef—which is in the hand of Efraim—and of the tribes of Yisrael associated with him, and I will place the stick of Yehuda upon it and make them into one stick; they shall be joined in My hand.”

The return of the lost tribes of Israel and Judah is of great concern as having all twelve tribes together is an essential element to bring about the End of Days. This concept is known as the “Ingathering of the Exiles” and appears in several places in the Hebrew Bible, most famously in Ezekiel’s symbolic merger of two sticks. The prophet takes one stick symbolizing Judah and another representing Israel and brings them together into one stick “joined in my hand.”

According to Jewish literature, the ten lost tribes of Israel were hidden beyond the mythical Sambatyon River in order to hide them and separate them from mankind.  According to legend, the river has the unique quality of not flowing on the Sabbath.

The modern State of Israel has helped attract many people who may have been from these lost tribes. Two massive military operations by Israel, appropriately named Operation Moses in 1984 and Operation Solomon in 1991, brought tens of thousands of Jews from Ethiopia as long-lost brothers back to their ancestral homeland.

The incredible aliyah of the Ethiopian Jews closely resembled the Exodus from Egypt. Theirs was a series of massive rescue missions, many of them covert, initiated by Israel, which mobilized its resources to save these long-lost brothers and sisters. Operation Moses, in late 1984, saved over 7,000 Ethiopian Jews and brought them to Israel. In 1991, Operation Solomon brought over 14,000 Ethiopian Jews to Israel in a miraculous Exodus of near-Biblical proportions.

In 1952, an ethnic group of about 55,000 people in India was discovered that had a tradition of being descended from the tribe of Menashe. These rediscovered Jews come from northeast India, in an area situated between Myanmar (formerly Burma) and Bangladesh. Also known as the Shinlung, the Bnei Menashe have an oral tradition, passed down for 2,700 years, which describes how the Assyrians invaded the Northern Kingdom of Israel in 721 BCE and took them into slavery.

The Bnei Menashe eventually escaped slavery and fled to Persia, and then Afghanistan. The Bnei Menashe then migrated toward Hindu-Kush and Tibet, eventually reaching Kaifeng in East Central China around 240 BCE. Over 3,000 of the Bnei Menashe have already returned to Israel in fulfillment of Biblical prophecy while another 7,000 are still in India, waiting to make aliyah.

There is even a possibility that the Taliban are part of the lost tribes. Most Taliban are Pashtun, an ethnic group of 50 million Muslims. Pashtun believe they are decedents of King Saul who later converted to Islam. They call themselves Bani-Israel, like the Hebrew, B’nai Israel, meaning the children of Israel. Even some Muslim scholars and writers accept this. The term ‘Taliban’ means ‘student’ or ‘seeker’ in Pashto. Today, several Afghan tribes including the Durrani, Yussafzai, Afridi.

Also, the Igbo in Nigeria claim that they are one of the lost tribes of Israel, more specifically from Eri, Arodi and Areli, the sons of Gad and the grandsons of Jacob. The Igbo’s aspirations to express their Jewish identity are harshly suppressed by the Nigerian government. In 2008 an estimated 30,000 Igbos were practicing some form of Judaism. The religious practices of the Igbo Jews include circumcision eight days after the birth of a male child, the observance of kosher dietary laws, the separation of men and women during menstruation, the wearing of the tallit and kippah, celebrating the New Moon, and the celebration of holidays such as Yom Kippur and Rosh Hashanah.

In recent times, the communities have also adopted the celebration of holidays such as Hanukkah and Purim. In November 2020, the Nigerian army destroyed six synagogues and killed 50.

The twelve tribes will remain hidden until the final battle for Mount Zion, at which time they will come to help Israel in the battle. This is hinted at in the book of Isaiah:

For the first time in thousands of years, the prophecy about the Ingathering of the Exiles and the reunification of the twelve tribes of Israel and Judah is being fulfilled in our generation.