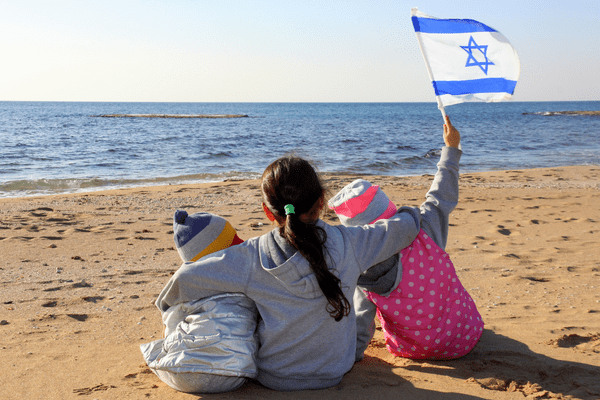 A song of ascents. Of David. How good and how pleasant it is that brothers dwell together.

The fifteenth day of the Hebrew month of Av is a post-biblical holiday. According to Jewish tradition, it is one of the happiest days of the year, as the Mishna states: “Israel had no holidays as joyous as Tu B’Av (the 15th of the Hebrew month of Av) and Yom Kippur (the Day of Atonement), when the young women of Jerusalem would go out and dance in the vineyards.”

How could Tu B’Av be compared to Yom Kippur? Tu B’Av is not a Bible-mandated holy day, while Yom Kippur is, and Yom Kippur is the holiest day of the year. What is so special about Tu B’Av that it merits the same level of joy as Yom Kippur?

According to the Sages, Tu B’Av became a day of joy for six reasons:

These six reasons revolve around two themes: the restoration of unity within the Nation of Israel, and the restoration of our deep connection to the Holy Temple in Jerusalem. The day of Tu B’Av creates new beginnings in our relationships with each other and with God.

The following story captures the importance of new beginnings:

The Baal Shem Tov, the founder of Hasidic Judaism, once sent his students to a simple man to learn how to repent. They saw this simple man holding two notebooks and speaking to God, “Master of the Universe, I’ve written all the sins I’ve done this year in this notebook. And in this other notebook, I’ve written all the suffering and troubles you gave me this year. I’ll forgive You for all the suffering and troubles if You forgive me for all my sins!”

He then threw both notebooks into the fire.

This story gives us a tip for all of our relationships – with our spouses, friends, and community. We must learn to throw the notebooks into the fire and start again. That is what Tu B’Av is all about.

Tu B’Av is the opposite of Tisha B’Av. In contrast to the baseless hatred that brought about the destruction of the Holy Temple and the Exile, the events commemorated on Tu B’Av revolve around love and unity among different sectors of the nation, and our deep connection to Israel and the Holy Temple.

Tu B’Av is a day of renewing relationships within the Nation of Israel, and Yom Kippur is a national day of renewing our relationship with God. On these two days, we forgive and are forgiven. For this reason, Yom Kippur is a “wedding day” between God and the Nation of Israel, and Tu B’Av has become a popular day for Jewish weddings.

Blessings to you (and the whole world) that we should always be able to forgive, to reunite, and create new beginnings. Amen.