What Can We Learn From the Story of the Blasphemer? 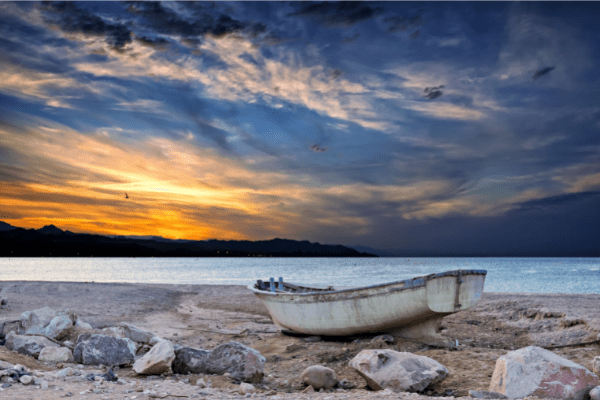 The son of the Israelite woman pronounced the Name in blasphemy, and he was brought to Moshe—now his mother's name was Shelomith daughter of Dibri of the tribe of Dan—

The man was taken before Moses, and God instructed that all who had heard should act as witnesses, placing their hands upon his head. God then instructed that the man be put to death by stoning.

According to the Oral Law, stoning was administered by pushing the bound, convicted criminal over the side of a building so that he fell down and died upon impact with the ground. The Torah says that in this particular case, the man was pelted with stones (Leviticus 24:23).

Though his crime is not explicitly described, it can be understood as violating the fourth commandment which prohibits taking God’s name in vain. This may seem like a minor transgression when viewed from a modern perspective, but for the Children of Israel who had so recently experienced the Exodus, the Splitting of the Sea, and Mount Sinai, hearing this man take God’s name in vain was grave indeed.

In addition, this story teaches the imperative of implementing the due process of law. Even though the sin is committed publicly, the transgressor is brought to Moses who deliberates, with divine guidance.

It is interesting to note that the sentence was carried out publicly though outside of the camp. His crime was in demeaning the sanctity of God’s name. For that reason, he had to be removed from the camp of Israel which had an inherent level of sanctity.

The Torah goes to great lengths to assure that the Jews welcome the stranger. In this instance, when the son of a stranger transgresses, the Torah emphasizes that despite his identity as a half-Egyptian, this law and all laws are equal for all:

Stranger or citizen, if he has thus pronounced the Name, he shall be put to death. Leviticus 24:16

Nonetheless, since his lineage is described, it can be assumed that his identity plays a role in his sin. Marital fidelity was one of the attributes for which the Israelites merited being redeemed from Egypt, and the sages maintain that the phenomenon during the Egyptian servitude of Israelite women being married to Egyptians was rare. Hence, the specific mention of him being the product of a Jewish mother and an Egyptian father teaches how exceptional this instance was.

The Midrash Tanhuma describes Shelomith as being good-looking, and her name attests that she was perfect (sheleimah) and flawless. The midrash in Vayikra Rabbah, however, actually ascribes the blame for his transgression to his mother who was flirtatious:

She was called Shelomith because, as R. Levi said, she was very free with her greetings [to men], saying “Shalom to you,” and “Shalom to you.” Bat Divri, because she brought destruction (dever) on her son.

Rashi notes that her name was specified and she was not merely called “an Israelite woman,” because, among the women of Israel, this character flaw was blessedly rare.

In addition, his dual identity raised difficulties that led to his sin. The midrash in Sifra Emor derives this from the Torah verse describing him as “going out among the children of Israel”(Leviticus 24:10):

Where did he go out from? From Moses’ court, for he had sought to pitch his tent in the camp of Dan. They [the other tribesmen] said to him, what right do you have to pitch your tent in the camp of Dan? He said: I am descended from the daughters of Dan. They answered that tribal portions followed the flag or house of the father. He appealed before the court of Moses and lost his case, so he rose and reviled God.

One can suggest that this midrash is also trying to teach something more. Even though the half-Israelite man was guilty of blasphemy, and he was fully responsible for his own actions, there was something that led him to that point. Perhaps he felt that he wasn’t accepted due to his unusual lineage. Perhaps the people weren’t as kind and compassionate in their response to him as they should have been. Perhaps the community should have ensured he had another place to pitch his tent.

This might explain why all of the witnesses and judges had to place their hands on the blasphemer’s head before he was killed. According to Rashi, as they placed their hands on his head they said to him: “Your blood is on your own head! We are not to be punished for your death, for you brought this upon yourself!” This is similar to a situation in which a body is found in a field and the elders of the closest city must proclaim that they did not kill the person who was found murdered. According to the biblical commentator known as the Ibn Ezra, the elders were forced to make this proclamation since they were to some extent suspected of being a background cause of the murder for not leading the people in their city according to the strict moral standards of the Torah. Here too, one could argue that there was some underlying reason that led the man to blasphemy, and the witnesses are therefore required to express their innocence.

It is our duty to make everyone feel accepted and welcome, and to do our utmost to treat everyone with kindness and respect. And when something does happen, we must ask ourselves if we did everything we could have done to have prevented such a situation.