The Prophetic Hints to the Holiday of Hanukkah 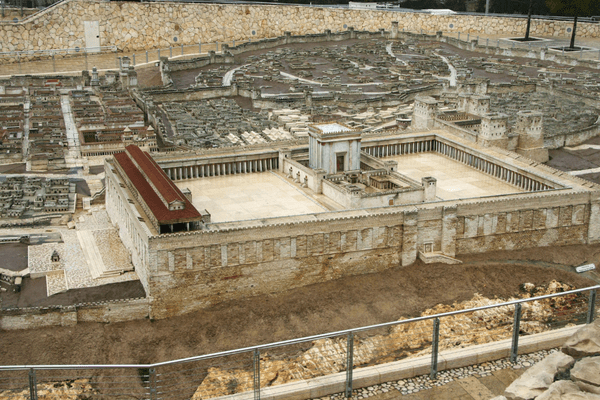 And the word of Hashem came to Chagai a second time on the twenty-fourth day of the month:

I had a friend who was scrupulous about keeping a diary. Everything that happened went into his journal. And in his spare time, he updated his calendar to commemorate significant events. Along with the birthdays of friends and family, there were about ten days set aside to commemorate the beginning of jobs and fifteen more days to commemorate visiting significant sites. Once he got married and had kids, practically every day was a special occasion.

The Jewish calendar sometimes seems like this. Of course, the basis for the calendar is the Torah which establishes the Biblical feasts and other holidays. But Abraham lived about 4,000 years ago and, in that time, the Jewish people added a lot of things to their calendar. Though the victory over the Seleucids was certainly significant, there have been many other significant military victories along the way.

What was so special about Hanukkah that made it necessary for the sages to add eight full days onto an already full calendar of holidays?

A closer look reveals that the date of Hanukkah actually had historic and prophetic significance several hundred years before the Hasmonean revolt!

The exile and subsequent return should not have come as a surprise, as they were prophesied by Jeremiah (Jeremiah 23:7-8). But Jeremiah also specified that this redemption and return would only take place after the Jews repented and returned to God (Jeremiah 29:10-14).

At face value, the return from Babylon was a failure. The predicted return brought back only a small remnant of the Jewish people, and the reconstruction of the Temple only took place 18 years after the return. The Second Temple was lacking 5 important elements that had been present in the First Temple, and though the Jews were autonomous in Israel, there was no monarchy and they did not have sovereignty over the land.

But the prophets promised that prosperity and sovereignty would return with the restoration of the Temple, as well as a return of God’s presence in their midst (Haggai 1:2, 2:3, and Zechariah 1:3, 4:10). What happened to the fulfillment of these prophecies?

Haggai was one of the two main prophets at the time of the return to Zion. It was his job to get the people to rebuild the Temple despite their lack of enthusiasm. He told them that economic prosperity and political sovereignty would only return to Israel after the Temple was rebuilt (1:8-9, 2:7, 2:15-19).

He delivered his two final prophecies on the 24th of the Hebrew month of Kislev, the day before construction on the Second Temple began. In these two prophecies he again emphasized how, now that the Temple was being rebuilt, economic prosperity and political sovereignty would follow (2:21-23).

The other main prophet of the time was Zechariah. While Haggai focused on the political and economic situation of the time, it was Zechariah’s job to emphasize the religious and spiritual aspects. He reminded the people that God was waiting to return His presence to them, but that this would only occur if they repented and returned fully to Him (Zechariah 1:3, 6:15).

Unfortunately, the conditions were not met and Haggai and Zechariah’s prophecies were not fulfilled in their generation, nor for several hundred years afterwards. Instead, the Jews in Israel found themselves under the rule of the Persians and later the Greeks. No doubt, however, the people had not forgotten about these promises.

It was with these prophecies ringing in their ears that the Hasmoneans defeated the Greeks and finally established their own sovereignty. Though the regained control of the Temple in the Hebrew month of Cheshvan (the month before Kislev), they waited until the 25th of Kislev, the date on which construction of the Temple had begun in the time of Haggai, in order to re-dedicate the Temple. In the words of Rabbi Menachem Leibtag:

Choosing specifically the 25th of Kislev to dedicate the restored mizbeyach (altar) and vessels, demonstrated their belief that the military victory that they had achieved was a fulfillment of the prophecy of Chagai (Haggai)… The miracle that took place with the cruse of oil and the menora could have been perceived as a divine indication that the shekhina (divine presence) was also returning.

The Hasmonean victory over the Greeks and the establishment of a Jewish monarchy was a fulfillment of the prophecies of Haggai. The miracle of oil served as a reminder to the Jews not to forget about the prophecies of Zechariah as well – that in order to maintain economic stability and political autonomy they must also focus on spirituality and remain faithful to God.

Regrettably, over time there was a decline in the religiosity and faith of the Hasmonean dynasty and it didn’t last. The Second Temple was destroyed and the Jewish people found themselves in exile once again. But the prophecies of Haggai and Zechariah are still as relevant as ever.

To a certain extent, the prophecies of Haggai have again been fulfilled in our generation. The Jews have returned to their land and they enjoy political sovereignty and economic success. It is up to us to determine if the prophecies of Zechariah will also come true. Will we return to God and remain true to Him, or not?

The answer is in our hands.