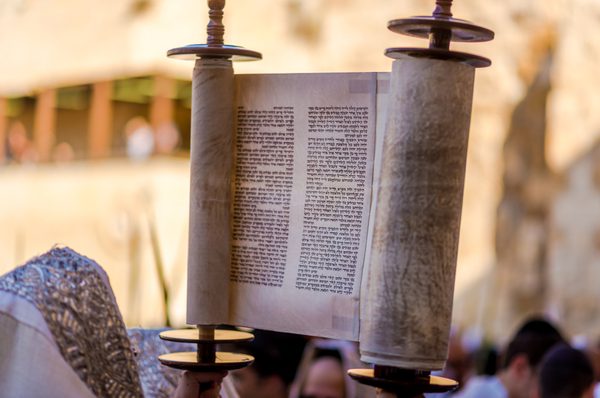 After the Children of Israel defeated the city of Ai, the Book of Joshua records the ceremony that took place at Mount Gerizim and Mount Ebal. They were commanded to perform this ceremony by Moses before his death (Deuteronomy 27) as part of the renewal of the covenant between God and the Children of Israel.

During this ceremony, Joshua builds an altar on Mount Ebal upon which the nation offers sacrifices. Israeli archaeologist Adam Zertal discovered an altar at the foot of Mount Ebal that he believes is the very altar that Joshua himself built. As a result, Zertal, who was once an atheist, now thinks that “it is impossible to explore Israel’s origins without the Bible.”

In addition to building the altar, Joshua inscribed the words of the Torah onto the stones of the altar and then read them Torah out loud to the entire nation of Israel; the men, women, and children.

Why was it necessary for Joshua to read the entire Torah out loud at this time? The goal of settling the Land of Israel is not simply for the Children of Israel to be a nation like all other nations. For that, any land would have been sufficient and the Holy Land would not be necessary. Rather, the purpose of being in the Land of Israel is to be a holy nation living freely in its land, and the way to accomplish that is to follow the word God and observe His commandments. Therefore, it stands to reason that Joshua would review the entire Torah again to every man, woman and child at this early point of the nation’s entrance into the Promised Land.

Along these lines, Rabbi Meir Bar Ilan, an early Religious Zionist, taught that the goal of the Jewish people must be “the Land of Israel for the People of Israel according to the Torah of Israel.” Commenting on the special relationship between the land and the Bible, former President and Prime Minister Shimon Peres said of his mentor David Ben Gurion, “he restored the Bible to its people, and he restored the people to the Bible.”