Tevet: Have Faith Even in Dark Times 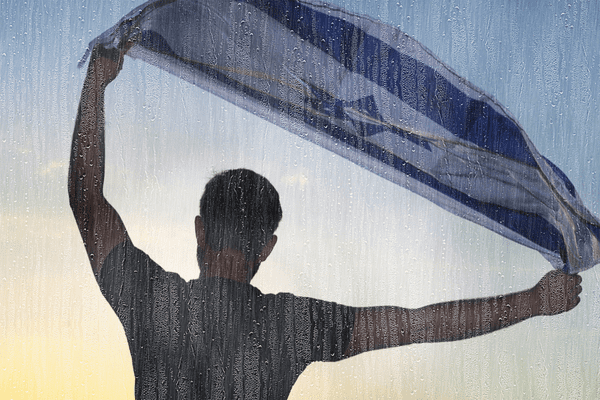 Esther was taken to King Ahasuerus, in his royal palace, in the tenth month, which is the month of Tevet, in the seventh year of his reign.

The Month of Tevet

Tevet, which generally overlaps with the Gregorian solar months of December and January, is the coldest and rainiest month of the year in the Land of Israel. Some years, the Judea and Samaria regions even get heavy snowstorms during this month. Mount Hermon, in the extreme north of Israel, receives its snow in Tevet.

What can we learn from the fact that the the darkest and coldest month of the year is also the rainiest?

Holidays of the Month of Tevet

The eight-day festival of Hanukkah ends at the beginning of Tevet. Hanukkah celebrates the miraculous victory of the religious Jews of Israel over the Syrian Greeks and their enablers, the anti-religious Jewish elite.

The holiday is observed by lighting an eight-branched candelabra. The custom is to light one candle the first night and add an additional candle on each of the eight nights of the holiday. The holiday begins at the end of the month of Kislev, and continues into Tevet. The 7th and 8th days of Hanukkah are celebrated in the month of Tevet.

This fast day commemorates the start of the siege of Jerusalem by the Babylonian king Nebuchadnezzar, which eventually led to the destruction of the First Temple.

“And in the ninth year of his reign, on the tenth day of the tenth month, Nebuchadnezzar moved against Jerusalem with his whole army. He besieged it, and they built towers against it all around.”

The eventual transformation of the fast day into a day of celebration is mentioned in Zechariah 8:19:

The fast of the 10th of Tevet begins at dawn and ends at nightfall.

Deeper insights into the month of Tevet

What’s fascinating to me about the month of Tevet is that the darkest and coldest month of the year is also the rainiest. Superficially, this looks like a big inconvenience; it is wet and cold.

But what’s really going on behind the scenes only emerges two to three months later. It’s only during the spring, when we see the trees blossoming, that the rain’s effect is revealed.

This physical phenomenon is actually mirrored in our spiritual lives.

When we’re going through difficult times, suffering, or inconveniences, we often don’t see the good that God is preparing for us. It is only when our situation improves that the blessings of the difficult times are revealed.

We call it having faith. What does this mean? It means knowing deep inside that right now, in this moment of darkness, God is preparing our salvation. It us understanding that somehow, this difficult time is ultimately for the best, even if I can’t see what that is right now.

When we have that level of faith, then we can access the deep joy of the eventual salvation even while still in the darkness!

It’s as simple as how you view the rain. In a non-faith state, you might think that rain is a pain. But if you’re in a state of faith, you know that the rain is really a blessing.

I think this lesson is hidden in the holidays which fall out in the month of Tevet as well. Tevet begins in the middle of the holiday of Hanukkah, a holiday that celebrates salvation. Ten days later we commemorate the fast of the Tenth of Tevet, an event which led to the eventual destruction of the Temple and Jerusalem. Perhaps the message is the same. We begin with salvation in order remind us to have faith that God is with us and preparing for our redemption, even in the times of destruction.

Let’s take this lesson from the month of Tevet and choose to see the blessings in our lives, even in the dark and difficult times.

Enjoy the cold month of Tevet! And if you’re in the Southern Hemisphere, happy summer!