Sukkot Prayer: Praise the Lord all the Nations! 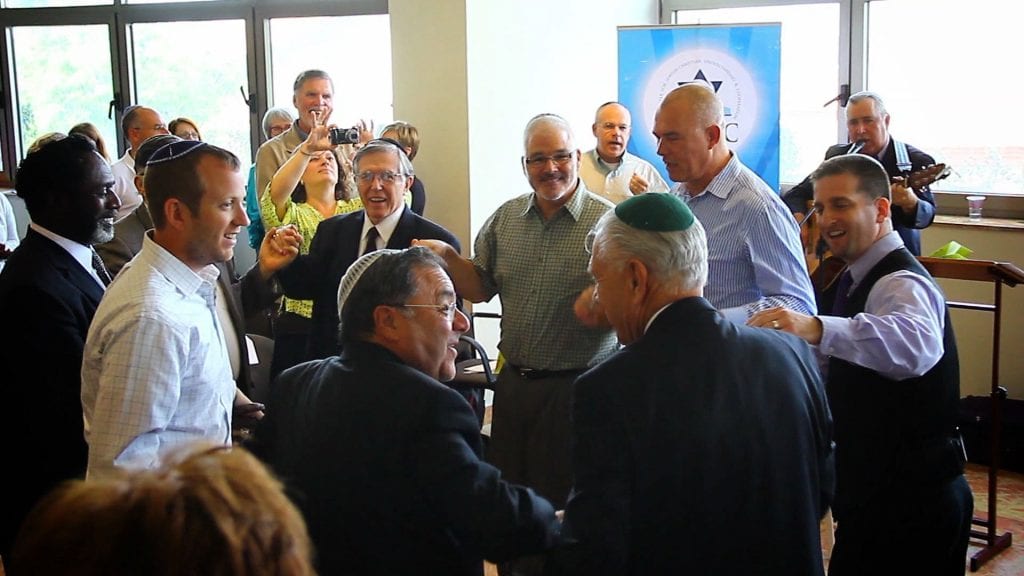 Every day during Sukkot, Jews sing Psalm 117, yearning for the day when all of the Nations praise Hashem. Psalm 117 is part of the “Hallel” service that Jews recite on the festivals. While Sukkot commemorates the miraculous protection God provided the Children of Israel in the wilderness, it is truly meant to be a festival for the entire world, and there are several examples highlighting the universal aspects of Sukkot.

As we have mentioned previously, on Sukkot we read from Zacharia 14 that in the future, the nations will ascend to Jerusalem to worship Hashem on Sukkot which is commemorated today with the incredible Feast of Tabernacles Parade of Nations.

Another example is found in the holiday’s worship service. During the nearly 1,000 years that the two Temples stood in Jerusalem, there was a specific formula used to calculate the number of sacrifices brought each day of the week-long festival. Numbers 29 prescribes precisely 13+12+11+10+9+8+7 animals, or 70 in total, which correspond to the 70 descendants of Noah listed in Genesis 11. Based on this, the Talmud teaches that on Sukkot, the Jews prayed in the Temple for forgiveness on behalf of the 70 nations of the world.

Imagine that! While the Temple was constantly attacked by foreign nations (and ultimately destroyed by the superpowers of Babylon and Rome), the Jews spent Sukkot praying that God forgive the Gentiles, and that they should come closer to Him, through His ‘house of prayer for all nations.’

After the Temple was destroyed, prayer replaced sacrifice as the main vehicle for our worship of God. We no longer offer 70 animals on behalf of the 99.8% of the world that is not Jewish, however, we have an important replacement, which the Jewish people pray over each day of Sukkot, and that is Psalm 117: “Praise Hashem, all you nations; extol Him, all you peoples, for great is His steadfast love toward us; the faithfulness of Hashem endures forever. Hallelujah.”

At the Sukkot “Day to Praise” organized by the Center for Christian and Jewish Cooperation and Understanding in 2015, Rabbi Shlomo Riskin, the chief rabbi of Efrat commented on the importance of Psalm 117:

“We’ve been involved in Jewish-Christian relations for the last seven years. This is a wonderful moment for me personally,” he said, quoting Psalm 117:1-2. “‘May all the gentiles praise God. Praise him, all you people, for his love for us is great’. We are having a service with Christians and Jews , reciting Psalms, thanking God for the miracle of bringing us back to Israel, and the eternity of the Jewish people and Jewish holidays.”

Rabbi Riskin added that the prayer event, representing nations coming together to praise God, would help to usher in the times of redemption. “This is, in effect, the beginning of the messianic age, when, please God, his house will be a house of prayer for all people, and all the nations will come to praise him,” he said. “That is what we are doing here: Praying to God, thanking him for bringing us close to this great period of time.”

On Sukkot, we eagerly await the ultimate day, when Jews and non Jews worship Hashem together – may that day come quickly, Amen.