Psalm 12: A Word About Words 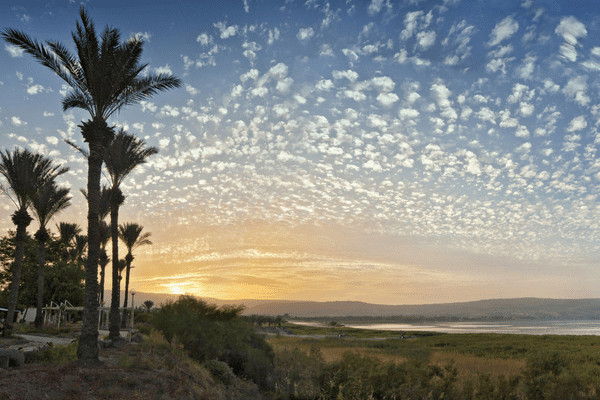 The words of Hashem are pure words, silver purged in an earthen crucible, refined sevenfold.

Psalm 12, in a word, is about words. Our greatest medium of expression is indeed King David’s most precious vehicle for connecting to his creator.  However, there is a grave danger that surrounds the use, or rather abuse, of words.  With words we can write poetry, create laws, and build civilizations, and with words we can lie, cheat, hurt, and even kill.

Words represent the bridge between our greatest inner thoughts and our ability to communicate with the world around us.  The twentieth century taught us the importance of communication with words in all its different manifestations.  ‘Talk shows,’ ‘chat rooms,’ ‘power meetings,’ all these represent how the power of words has pervaded our society, sometimes for good, sometimes for bad.

In Psalm 12 David has one thing in mind: words. He does focus on his suffering, or his despair, nor is there a plea for salvation in general like he included in previous psalms. How did words impact David’s life and why does he write a psalm about them?

FIND OUT HOW DAVID WAS AFFECTED BY WORDS

The psalm focuses on the dishonesty, deceit and chicanery of man, in contrast to the words of God which are pure. Indeed, we see that King David suffered from the lies and deceit of others.

As David was dodging King Saul’s spear, he experienced an eerie alliance from people living in the wilderness of Zif.  They accepted him and offered him peace.  At the same time, they betrayed David’s hideout to Saul in hopes of earning a reward for David’s ultimate demise.

It was not the people of Zif themselves who tried to kill David; they merely spoke words to Saul. Yet their words caused a near tragic ending to David’s life. According to the medieval commentator Rashi, it is against them that David speaks out in this psalm:

“Help, Hashem! For the faithful are no more; the loyal have vanished from among men. Men speak lies to one another; their speech is smooth; they talk with duplicity. May Hashem cut off all flattering lips, every tongue that speaks arrogance.” (Psalm 12:2-4)

This is an example from the life of King David how powerful words can be. Though we grew up saying “sticks and stones may break my bones but words will never hurt me,” the reality is that this is far from true!

Rabbi David Kimchi, known as Radak, accepts the premise that the psalm discusses those individuals who deceive and mistreat the weak and impoverished with their lies.  He argues, however, that the psalm is not about David and his generation, but rather it was written “for a future generation in which an evil populace will abuse and overpower the feeble.” Ultimately, God will champion the cause of the downtrodden and save them from the evil clutches of the deceitful people.

The commentator known as Malbim introduces a new understanding of the deceitful words mentioned in our psalm: the double talk is actually directed against God as well.  Malbim writes:

“Those who speak towards God in matters of faith, their language marks intense religious feelings, but they philosophize over it and ultimately reject it.”

For Malbim, perhaps more important than the deleterious effect the abuse of words has on one’s fellow man is the extremely detrimental effect it has on the religious beliefs of individuals.  Throughout history there have been sophists, casuists, sectarians and the like who have used the power of words to persuade the populace to veer away from God, and to engage in hedonism.  Either due to succumbing to one’s desires, or to succumbing to one’s intellectual justification, the outcome is the same: a gradual slide into a theological abyss.

The anti-spiritual climax is reached in verse 5 when the ‘enlightened’ individual states rhetorically, “who can be our master?” Those with power convince the masses against believing, and warp the minds of the populace who cannot afford to think about such lofty issues as faith and God.

Those individuals with the power of words can influence people to stray away from God.  Only God and His Torah can repel this arrogant attitude.  God, whose word is pure and whose Torah is truth, will protect the innocent, and guard against the evil of the generation. He will not shy away from the inquisitors of the time, but will defend, lead, and protect the rights of the downtrodden forever.

We have focused on three explanations of the psalm. Rashi underscores the historical aspect — how David fought external and internal foes, and always relied on his Creator as the source of energy to continue.

Radak focuses on the Biblical words as prophecy, with a message for each generation.  No doubt the words of the psalmist can apply to our day and age.  Indeed, we are subject to the same types of misuse of words, and double talk, the same corruption and arrogance.  Our defense are words that are pure, words of truth and kindness, and the word of God.

Finally, Malbim reminds us that the words we use against others can often act as the spear we thrust towards the heavens in hope of controlling our own destiny convincing ourselves that we don’t have to answer to anyone.  Once again, the words of the Torah, the word of God, is the only repellant to the heartless and superficial jargon heard in our community.

The sages teach that God created the world with words, and it says in the beginning of Genesis: “God said, “Let there be…”. Of course, God did not need to speak at all in order to create the world, but He did so in order to teach us the power of speech. Words can create a world and words can destroy a world.

What sets man apart from animals in our ability to speak. Let us use this God-given gift to uplift others, to create worlds and to spread God’s light in this world.