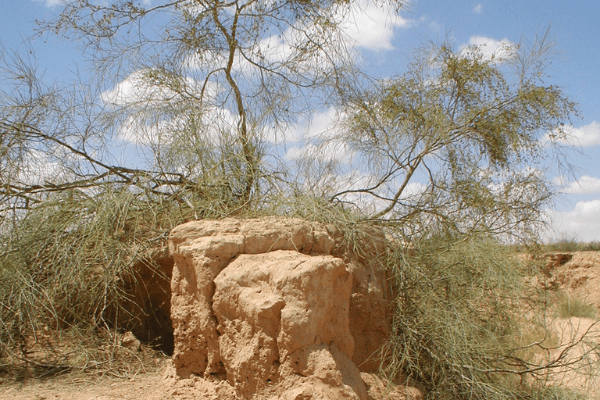 In preparation for their Exodus from Egypt, the Hebrews prepared for their trek across the desert which, at the time, they assumed would be relatively short and direct. But one month after leaving Egypt, the Israelites ran out of food. On Sunday, the 15th day of the month of Iyar, they turned to Moses and Aaron for food. That night, a flock of poultry miraculously arrived, and the next morning, manna fell from the sky. For forty years, God provided Israel with manna (more accurately transliterated as mon), stopping as soon as Moses died and the Hebrews entered the land of Israel.

Rashi further elaborates that manna was about the size of coriander seeds and was white. The Talmud (Yoma 75b) explains that before the manna appeared, a north wind would blow the fields clean before the rain would fall. The ground would then be covered with dew after which the manna would appear. Another layer of dew would appear on top of the manna, making a dew “sandwich.” 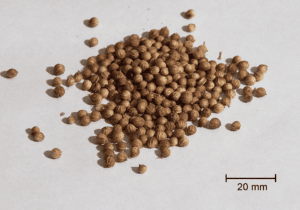 One omer (approximately 43 oz.) appeared for each person in Israel and it was forbidden to collect more than one day’s portion. Ibn Ezra explains that if any was stored, it would become wormy and inedible. This, explained the Ibn Ezra, was to teach the Hebrews faith that God would provide for them every day.

In honor of the Shabbat, a double portion of manna appeared on Friday, enough for both Friday and Shabbat. Unlike on other days, the double portion remained fresh until the end of the Sabbath.

Similarly, the righteous would find their manna already prepared like baked bread. The average person would find it like unbaked cakes. The wicked had to grind it and prepare it for baking.

Another section of the Talmud (Brachot 27a) warns that the manna had to be collected by the fourth hour of the morning lest it melt in the sun. The Midrash relates that the melting manna would create streams that provided drinking water for many of the animals in the wilderness. If a member of a nearby nation would then eat one of those animals that had drunk from the manna-infused streams, he would be able to get a taste of the manna.

The Torah states that it tasted like “tzaphichit” (צַפִּיחִ֥ת), normally translated as ‘wafers,’ and honey. Rashi explains that the manna would taste differently for different people, adapting to suit people’s desires. The Yalkut Shimoni explained that the manna was the perfect food, entirely absorbed by the body. And Sifri claims that the manna was also used as perfume by the women of Israel.

Aaron filled a jar with an omer of manna and put it in the Ark of the Covenant, in front of the tablets of the Ten Commandments. According to the Sages, the ark, Aaron’s staff and the jar of manna were hidden by King Josiah in subterranean tunnels beneath the Temple Mount (based on II Chronicles 35:3) several decades before the destruction of the First Temple. As such, these elements were not present in the Holy of Holies of the Second Temple.

The Midrash relates that it remained there for many years, and in the days of the prophet Jeremiah he rebuked the Jews for not engaging in the study of Torah. They responded that they needed to work in order to produce food.  “Should we leave our work and engage in the Torah?” they asked the prophet. “From what will we support ourselves?” He brought out the jar of manna as a response.

Many have tried to determine the identity of manna.  In 1968, Avinoam Danin, a professor of botany at Hebrew University, launched an expedition into the Sinai Peninsula. He observed white drops on the branches of a common desert plant called Haloxylon salicornicum. He asked a local Bedouin what the plant was called and the Arab answered, “This is mann-rimth that you ate when you left Egypt.” Danin discovered that the white drops on the shrub’s stems were the digestive byproduct of insects that feed on the plant’s sap, known as honeydew. The secretion, formed at night, is loaded with sugar. The sweet liquid hardens to the form of white granules and is still collected from spring to early fall in many places in the Middle East today. 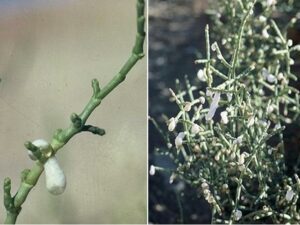 A similar phenomenon on the tamarisk tree was purported by the Persians to be the source of the Biblical manna.