Judah or Joseph: Will the Real Hero Please Stand Up 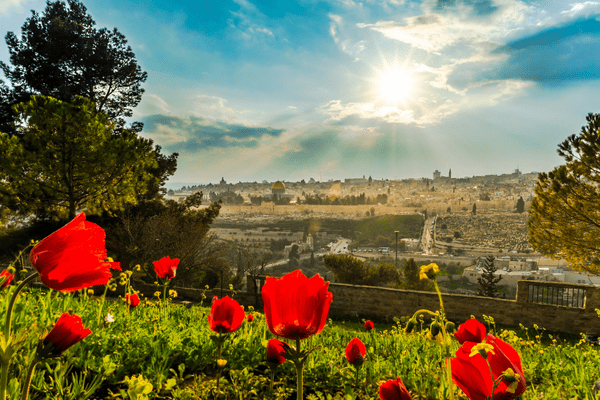 Then Yehuda went up to him and said, “Please, my lord, let your servant appeal to my lord, and do not be impatient with your servant, you who are the equal of Pharaoh.

I love kitsch spaghetti westerns. While I can finish an entire bucket of popcorn in the first half of the movie, my favorite part is the showdown: the classic face-to-face shootout that pits two men against each other. But the other day, I watched a movie that had the most improbable ending. The build-up to the shootout was wonderful for being predictable and adhering to the genre. Finally, the shootout was imminent. The sheriff, dressed in spotless white to represent all that is good, stood at one end of the street, while the scruffy stranger dressed in dusty brown stood at the other end. The music built to a crescendo as their hands hovered near their holsters. Suddenly, the sheriff began to cry. He ran to the stranger and they fell into each other’s arms, hugging.

Though this this scenario seems highly unlikely, something similar actually plays out in the Torah portion of Vayigash (Genesis 44:18 – 47:27) during the face-off between Joseph and Judah, leaving us wondering who is the hero?

When I learned in Yeshiva (school for Torah study), there was a conflict that started after we began reading Genesis and grew hotter as the year progressed, culminating when we got to the Torah portion of Vayigash. The dispute divided the students into two groups. One half, usually the young and unjaded, identified with Joseph, the tzaddik (righteous one) who passed all tests with flying colors and resisted all temptation.

Judah, on the other hand, was not a tzaddik. While Joseph resisted the seduction of the wife of Potiphar, Judah was easily seduced by Tamar in disguise. Yet from that seemingly unholy union came King David. While Joseph was morally superior, Judah did the wrong thing but it came out right.

So who really was the hero?

I, of course, was on Judah’s team. I always root for the underdog. I moved to Israel and became religious in the belief that God didn’t always favor the shiny boys who were so holy. I had to believe there was a place for people like me.

Admittedly, Joseph had been through a lot of difficulties. But by the time his brothers came to Egypt, Joseph was rich and powerful. He had devised a plan to trick his brothers, perhaps to make them suffer a little in exchange for the suffering they had caused him.

When Joseph and Judah finally faced off, all the power was with Joseph. The brothers had bowed to him, fulfilling the dreams that they had hated him for having. His plan had come together, and Judah had failed in his mission to protect Benjamin. Jacob’s only remaining son from his beloved Rachel was about to be taken by the powerful Egyptian. Joseph even claimed to be able to use magic (Gen. 44:15).

Judah was unaware of who he was speaking to so his appeal seemed hopeless.  He began by acknowledging the hopelessness of his cause, saying, “What can we say to my lord? How can we plead, how can we prove our innocence? Hashem has uncovered the crime of your servants. Here we are, then, slaves of my lord, the rest of us as much as he in whose possession the goblet was found” (Gen. 44:16).

Thinking that he was speaking to a powerful Egyptian, Judah inadvertently blurts out the most painful statement that Joseph could not bear. With Benjamin’s fate in the balance, Judah said, “When he [Jacob] sees that the boy is not with us, he will die, and your servants will send the white head of your servant our father down to Sheol in grief” (Gen. 44:31). Judah then offers to take Benjamin’s place as a slave to the Egyptian.

But these words broke Joseph, forcing him to abandon his plan. Judah displayed how much the brothers loved each other and how much Jacob loved the sons of Rachel. More than that, he displayed how he had repented from his previous act of not standing up for Joseph and selling him into slavery. While he had been willing to let Joseph become a slave in Egypt, he was willing to go into slavery himself in order to prevent this from happening to Benjamin.

Faced with this display of brotherly love and repentance, Joseph revealed himself to his brothers and all of Egypt.

It can be argued, therefore, that Judah won. He saved Benjamin and the family was reunited. Furthermore, though Joseph had dreams of ruling over his brothers and was the second most powerful person in all of Egypt, when it came to who would ultimately rule over the Jewish people, the kingship was given to the descendants of Judah.

It may seem counterintuitive that Judah would prevail over his righteous younger brother. But the Talmud teaches, “In the place where a baal teshuva (someone who has repented) stands, a completely righteous person cannot stand.

The relationship between Jacob and Judah will be manifest once again at the time of the redemption. Judaism describes a two-stage process of Messiah. The first stage, Messiah from the House of Joseph, is a practical process of the ingathering of the exiles and the building up of Israel. The second stage, the Messiah from the House of David, is the miraculous reestablishment of the Davidic dynasty. The messianic process is essentially Joseph the tzaddik preparing the way for Judah, the baal teshuva.

Many years passed and I held onto my bias against Joseph. But a few months ago, a friend came to Israel to act as a consultant. She invited me on a trip to Mount Gerizim where they were filming a segment on the Samaritans. I wandered around the archaeological site while they filmed. I came to the edge and looked down at the city of Shechem. I saw a green dome on a small building in the heart of the angry Arab city. I realized that for the first time, I was seeing the Tomb of Joseph. At that moment, I was the closest Jew to the burial site of the Biblical figure who had saved all of Israel, protecting his brothers by bringing them to Egypt. Joseph, who had waited for hundreds of years to be buried among his people, was surrounded by Arabs. Brother Joseph was lonely again. Though I had always favored Judah, that experience left me with a new respect and appreciation for Joseph.