Jonah: What a Storm Can Teach You About Repentance 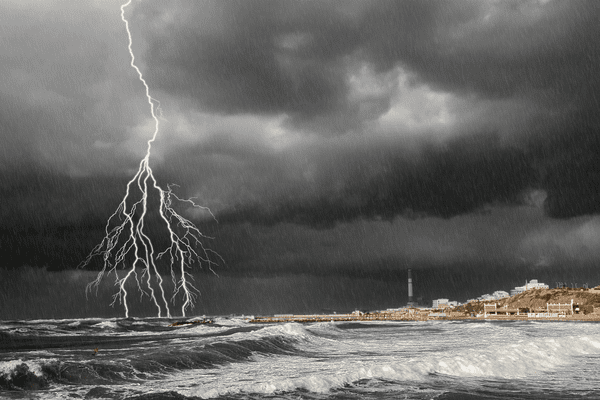 The men were greatly terrified, and they asked him, “What have you done?” And when the men learned that he was fleeing from the service of Hashem—for so he told them—

Yom Kippur (Day of Atonement), the day we spend fasting and praying for repentance, is always rough for me. Fasting means no coffee. Last year, I dragged myself out of bed and prepared myself to go to synagogue. I stepped outside and saw my neighbor, a young father about half my age, cheerfully exiting his house and walking to synagogue with an obvious spring in his step. I followed in his footsteps, much grumpier and noticeably slower.

But it wasn’t just the lack of caffeine. I did not want to stand before God. I wanted to crawl into a hole and hide until Yom Kippur was over.

And I am not alone in this. As soon as Adam knew what it was to be a sinner, he hid from God. Of course, the classic example of running from God is Jonah, who preferred vacationing to standing in the Divine Presence.

So it is ironic that on Yom Kippur, the day when most Jews are in the synagogue, the haftarah (reading from the Prophets) is the Book of Jonah. Is this a hint that we should all be running away, booking cruises to the furthest corner of the earth?

Of course, the central theme of the Book of Jonah is a call to teshuva (repentance, return), making it especially relevant to Yom Kippur. But the only Jew in the entire story was Jonah. Even the people on the ill-fated ship were idolaters.

When the ship was struck by a storm and was threatened with sinking, the people on board sought a guilty party who God must have been seeking to punish. Remarkably, though the boat was full of idol worshippers, Jonah seemed to know that the storm was in order to punish him, ordering the others to toss him overboard. He did not see their idolatrous practices as the source of Divine ire.

Rabbi Yitzchak Zev Soloveitchik (known as the Brisker Rav) commented on this, saying, “This is why we read the story of Jonah on Yom Kippur afternoon. There will always be people around us whom we can identify as the cause of the storm, and it is very easy to do so. However, Jonah teaches us that we would do better to recognize our own role in the matter, for that is something we can do something about.”

There is a trite (but true) expression that when you point at another person, three fingers point right back at you.

Repenting is a solitary journey. Comparing your sins to those of other people is counterproductive. Being better than the other person will not bring you any closer to God.

Jonah understood this, and reading his story on the Day of Atonement reminds us of this lesson. The universal message learned from the Book of Jonah is that everything that happens in our lives, for better or worse, is an expression of our individual relationship with God. When something bad happens, don’t look to blame something or someone else. Instead, look inward and figure out how you can improve. This is a vital aspect of teshuva, returning to God.