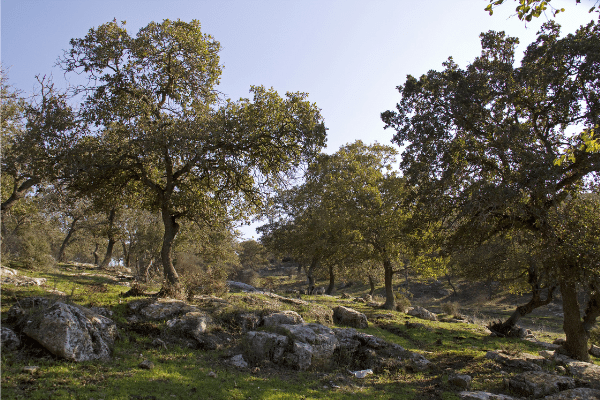 “But while a tenth part yet remains in it, it shall repent. It shall be ravaged like the terebinth and the oak, of which stumps are left even when they are felled: its stump shall be a holy seed.”

When describing the future exile of the people of Israel from the Holy Land, the prophet Isaiah says:

“…it shall be ravaged like the terebinth and the oak, of which stumps are left even when they are felled: its stump shall be a holy seed.” (Isaiah 6:11-13)

Why is the Land of Israel compared to the stumps of terebinth and oak trees?

Terebinth and oak trees are uniquely resilient. Though they lose their leaves in the winter, and sometimes are even cut down to the stump, these trees somehow remain alive. Once the spring comes, the leaves grow back, and new branches sprout from the stump.

The same is true of the People of Israel and the Land of Israel.

Throughout history, there have been many times when the people of Israel seemed likely to die and disappear from the earth. Over and over again, the “tree” of the Jewish people was cut down by its enemies – from the Babylonians and Romans to the expulsion from Spain to the persecutions of the Communists and Nazis.

But though the “tree” of Israel was cut down, it did not die. Somehow, each tragedy was followed by a revival of both the People and the Land.

Over the last 75 years, millions of trees have been planted in the land of Israel. And we’re going to plant thousands more this coming year!

Planting trees in Israel helps us to beautify and settle the land. But even more, it’s a testimony to the miracle of Jewish survival – and revival!

Click here to be among the first to plant a tree in Israel right after the Sabbatical year ends!

https://www.israel365.com/donate-draft-fb/ – ONLY USE THIS LINK WHEN THE LANDING PAGE IS READY!