Is Ishmael the Father of the Arabs? 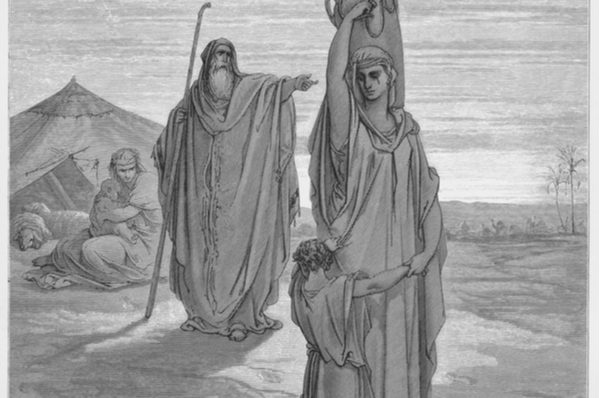 As for Ishmael, I have heeded you. I hereby bless him. I will make him fertile and exceedingly numerous. He shall be the father of twelve chieftains, and I will make of him a great nation.

After Abraham banishes Hagar, God reassures the Patriarch.  As the firstborn son of Abraham, God blesses Ishmael to be a “great nation.” While it is widely assumed that the present-day conflict in the Middle East between Jews and Muslims is the modern-day family feud between the descendants of Isaac and Ishmael, this might not be the case.

The first in history to connect the Arabs to Ishmael was the ancient historian Josephus in the first century. However, the Bible equates the Ishmaelites with the Midianites, using these names as synonyms.

When Midianite traders passed by, they pulled Yosef up out of the pit. They sold Yosef for twenty pieces of silver to the Ishmaelites, who brought Yosef to Egypt.

Dr. Mark Durie, an Australian pastor and expert in linguistics argues that Arabic and Hebrew are not similar enough to suggest a common origin. In his article on Israel365 News “Ishmael is not the Father of the Arabs”, Dr. Durie concludes, “The evidence indicates that Ishmael was not the father of the Arabs, and neither was Abraham. The Ishmaelites were probably Canaanites, speaking, not an early form of Arabic, but a dialect similar to Hebrew. In time they disappeared or were absorbed into other groups, like so many other ancient peoples. Much later Josephus invoked Ishmael’s name to conjure up a genealogy for the Arabs. He has a lot to answer for. The rest, as they say, is history.”

The ramifications of Dr. Durie’s suggestions are profound in today’s political climate.

Share your thoughts on this article with the Social Media icons below!