How do You Interpret the Return to Zion? 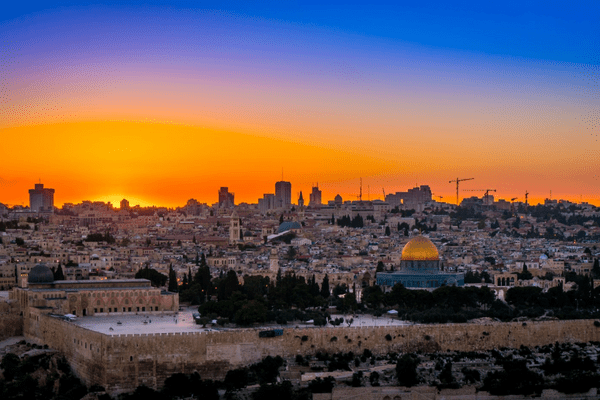 And they said to him, “We had dreams, and there is no one to interpret them.” So Yosef said to them, “Surely Hashem can interpret! Tell me [your dreams].”

Western culture does not value dreams enough. I am not referring to hopes and ambitions which are plans we make when we are awake. They are dominated by reason and logic. Hopes and ambitions are lightly sprinkled with fairy dust, but the dreams that come when we sleep are sometimes made entirely of divine inspiration, coming from somewhere outside of ourselves.

As such, dreaming plays an essential role in salvation, personal and national, as King David noted:

What exactly does this mean?

Jacob’s first encounter with God was via a dream of a ladder reaching heaven, but the true master of dreams was Joseph. Joseph’s dreams of personal dominance alienated him from his brothers, but it was his power to interpret dreams that freed him from prison and caused him to be raised to the second most powerful position in Egypt!

How did he do it?

When the imprisoned former royal baker and wine steward shared with Joseph that they each had dreams but did not know what they meant, Joseph encouraged them to share their dreams and assured them that he could provide them with an explanation:

More accurately, Joseph said that God would provide an explanation of their dreams, but then Joseph himself interprets them. How can this be?

It is clear that what Joseph meant was that God, who is the source of all dreams, would reveal the interpretation of the dreams to him. He was confident that God would send him the understanding and intuition to interpret the dreams correctly.

Dreams are like coded messages from God, yet how one interprets a dream is often subjective. The interpreter and his ideology play a key role in how one understands a dream. But in order to interpret the divine message correctly, one needs a measure of divine inspiration, or intuition provided by God.

Much like interpreting dreams requires intuition, divine inspiration is plays a role in a person’s success in any discipline. Whether it is an art or a science, a successful practitioner not only masters whatever there is to know about his area of expertise, but he has an innate intuition which guides him to success in his particular field.

This idea is not novel. In fact, the word ‘genius’ is derived from the word ‘genie’, because a genius was considered a person who was visited by an inspirational spirit. In North Africa, the audience would declare that a performance was particularly transcendent by saying, “Allah”, which has been transformed in Spanish culture to “Olé”. There was a recognition that the source of the performer’s success was something supernatural and divine.

Joseph understood that the source of the dreams was God, and relied on his divinely inspired understanding of God’s messages to correctly interpret them.

Similarly, when King David noted that those who return to Zion will “see it as in a dream,” he was implying that the dream of returning to Zion will require interpretation. Understanding the meaning of this “dream” will be dependent on those who will return.

Today we are living the prophecy of returning to Zion, as the land of Israel comes back to life and the exiles are returned home. Some view this as a natural process. That is their interpretation shaped by who they are and their worldview.

But others see the same events and have a clear vision of God’s hand. This understanding will shape how the return to Zion is realized, guiding the intent and actions of the returnees, and, ultimately, the realization of the dream.

In the words of Rabbi Berel Wein:

Holy spirit is required to make sense of the dream and to implement its promise. The Lord presents us with opportunities. What we do with those opportunities is the ultimate measure of our interpretation of the dream. Yosef (Joseph) not only interprets Pharaoh’s dream but he lays out a course of action in order to actualize its promise and opportunity. The healthy intuition born of Jewish experience and tradition can help us arrive at the correct and most meaningful realization of our age-old dream of Zion and Jerusalem, peace and holiness.