Have Compassion and Empathy Even in the Most Trying Times 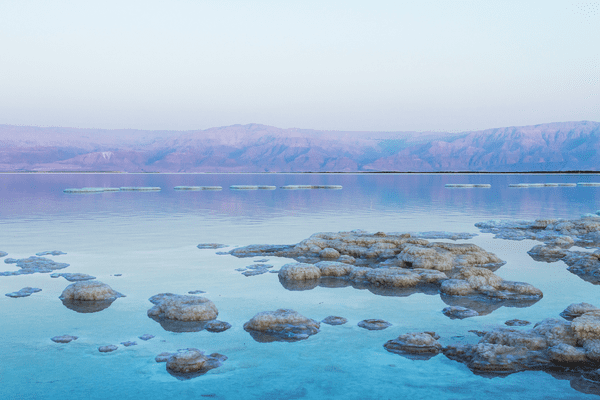 The officials shall go on addressing the troops and say, “Is there anyone afraid and disheartened? Let him go back to his home, lest the courage of his comrades flag like his.”

Shai was an anomaly in the IDF. The patches on his shoulders had two stripes, making him a captain. But he thought patrols in the desert were a great opportunity to work on his tan, so as soon as our jeep left the front gate his shirt came off and I rarely saw his stripes. He didn’t care that he was going bald and the crown of hair circling his head was long and beginning to gray.  Shai was passionate about cooking, my profession, and my great unfulfilled dream was to be a master carpenter, which he was. So even though he was a secular, tattooed, Tel Aviv dweller, and I was a religious “settler”, patrols became long and intense conversations about everything except politics and religion.

Another thing we never discussed was our army credentials. I had done the most basic level of training and I assumed that Shai was not a dedicated “fighter”. I later discovered that he had served in a serious commando unit.

One night, a call came over the radio; someone was coming over the border. They weren’t sure how many there were or whether or not they were armed. That section of the border was rife with drug smuggling, but it was also a spot for terrorists to enter the country. I knew it was serious when Shai put his shirt on and buttoned the bottom three buttons. Frantic voices from all areas of the sector were struggling to be heard on the radio.

Through it all, Shai stayed calm, directing more senior but less experienced officers. Our jeep cruised into position and perched on a hilltop overlooking the ravine the infiltrators needed to pass through. Shai turned to us told us to strap on our gear.

“We have to go down to check it out,” he said. We all began struggling into our gear. Being the medic, I had the biggest load and so Shai came over to help me.

“I need someone to stay behind on the overlook, covering us from the high ground,” he said in a low voice. “Do you want to stay here?”

I immediately understood what Shai was doing. He was giving me a chance to stay behind while saving face.

“I’m good,” I said with more confidence than I was feeling. Shai looked into my face, saw something, and nodded.

Shai didn’t know it, but he was doing exactly what the Torah commanded the officers to do before going out to battle.

WHAT ARE THE OFFICIALS SUPPOSED TO ASK THE TROOPS BEFORE GOING OF TO WAR?

Just as the nation is about to enter Israel and begin the process of conquering the land, Moses describes what is to happen when the nation prepares to go out to fight. Prior to battle, officers were to go out amongst the soldiers and make an announcement, saying that any man who was newly betrothed, had just built a house, or had just planted a vineyard should leave the camp and go home.

And then they announced the fourth category: “Is there anyone afraid and disheartened? Let him go back to his home, lest the courage of his comrades flag like his.” (Deuteronomy 20:8 The Israel Bible, p.488)

In the Talmud, Rabbi Yossi HaGalilee explains that the first three categories of exemptions came only for the sake of the fourth category. The reason for exempting those who had built a house, planted a vineyard or were engaged to be married was so that nobody would be able to know which soldiers were leaving out of fear, and which fell under the other three exemptions. By exempting the three other categories of people, the Torah was preserving the honor of those leaving because they were afraid to fight.

Is fear enough of a reason to walk away from the obligation of fighting for your people? There are different types of fear. Every person who puts on a uniform learns to cope with fear, from the first moment the officers begin yelling in basic training until the moment you have to run towards an enemy who is shooting at you.

But there is another fear soldiers must face. According to the Talmud (Masechet Sotah), this fourth category exempting a soldier due to fear applies to a soldier who felt that he had sinned so much that he had no credit to save his life in the midst of battle. This level of fear and self-doubt can be insurmountable and even infectious.

The lesson here is remarkable. The Torah is describing a state of national emergency, and what is on the minds of the soldiers and officers is not to embarrass or humiliate a fellow human being – even one that is so full of his sin he is afraid he might not merit to survive the battle.

The Torah describes so many obligations that must be fulfilled in order to serve God. There are an equal number of factors standing in our way. But rather than simply say, “get over it and do your job,” the Torah is full of compassion. Even allowing for a fearful ‘sinner’ to back out honorably, and hopefully use the opportunity to repent and return to God.

May we learn from here to always relate to other with kindness and empathy, even in the most trying of times, just as God relates to all of His children with compassion.