Freedom Through Submission: The Paradox of Worshipping God 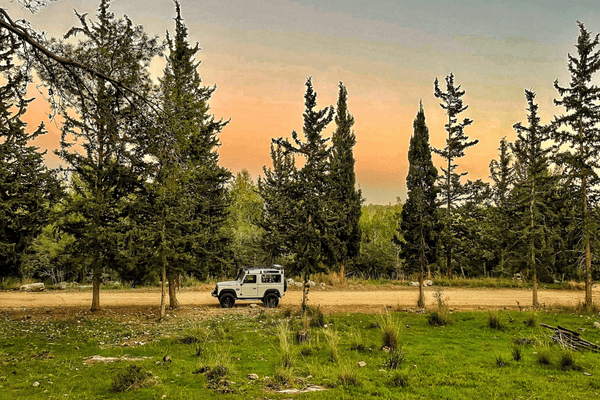 And say to him, ‘Hashem, the God of the Hebrews, sent me to you to say, “Let My people go that they may worship Me in the wilderness.” But you have paid no heed until now.

My anti-religious friend was giving me a hard time again.

I poured two coffees. This was going to require a lot of patience.

Moses confronted Pharaoh with the now-famous demand, “Let my people go.” The reason he gives is so that the Israelites could worship God. But couldn’t they have worshipped God in Egypt? Why did they need to leave? And what is the point of being freed from Pharaoh only to become a slave to God? Are we really free if we are required to follow so many commandments?

The biblical commentator Nachmanides, known as the Ramban, taught that the commandments are really only incumbent upon Jews in the Land of Israel. He learns this from the fact that Jacob married two sisters in Haran, which is expressly forbidden by Torah law. Yet today we do follow the commandments outside of Israel. Why? Keeping the commandments outside of Israel allows the Jews to differentiates themselves from the surrounding nations. But beyond that, the Ramban writes: “even though God may exile us from the Land, we should continue to perform the mitzvot in order that, when we return, they should not be new (unfamiliar).”

So it was necessary to leave Egypt in order to be able to perform the Torah commandments fully.

In addition, it is also impossible for a slave to serve God. If the slave’s owner orders him to do something that is in contradiction with the Torah, the slave has no choice and is compelled to serve his master. A slave cannot serve two masters. Therefore, the Jews had to be freed before they could be given the Torah at Mount Sinai.

This idea is reflected in the law which requires a slave who refuses to go free at the end of seven years to have his ear pierced next to the doorpost (Exodus 21:6). What is the symbolism behind this act?

Rabbi Shimon used to interpret this verse [in a beautiful manner]… why were the door and the doorpost singled out from all the fixtures in the house? The Holy One, blessed is He, said: The door and the doorpost were witnesses in Egypt when I passed over the lintel and the two doorposts, and I said, “For the children of Israel are slaves to Me; they are My slaves,” but [they are] not slaves to slaves, and [yet] this one went and acquired for himself a master-[his ear] shall be bored before them [for everyone to see]. — [Kiddushin 22b]

“That’s all nice,” my friend pressed. “But what is point of being freed from slavery only to become a slave to God? How are we free if we have to follow so many commandments?”

My friend likes stories so I told him a story that answered his questions:

Rabbi Yosef Hayim was famed for his wisdom. Known as the Ben Ish Chai, he became an adviser to the king of Baghdad. One day the king said to him, “You Jews say you are on a journey to God. But the only thing I see is prohibitions. If you can’t move around freely in the world, you will never find God.”

The Ben Ish Chai thought for a few moments before asking the king to join him on the roof of the palace. The palace was the tallest building in the city but the roof was rarely used.

“Please tell me what you see?” the Ben Ish Chai asked the king.

“I see the outskirts of the city,” he answered.

The Ben Ish Chai nodded and they returned to the throne room. The next week, the Ben Ish Chai again invited the king to join him on the roof. When they ascended, the king saw that a fence had been built on the edge of the roof.

“What do you see?” the Ben Ish Chai again asked.

The king walked to the parapet and leaned out over the edge. “I see the street full of people.”

“Exactly,” the Ben Ish Chai said. “Since there is a fence, you can go all the way to the edge without fear. That is the purpose of the rules in the Torah. They are for our safety. If something is forbidden, we do not go there. But if the Torah permits something or orders us to do something, we know that we can safely put one hundred percent of our effort into it without fear of falling.”

I followed with a second parable just to make sure he had gotten the point. “Imagine a traveler finds himself in a unfamiliar city. He is unsure of where to go and what to do, until he finds a map and begins to study it. As the traveler starts to understand the layout of the city and how to read the map, he begins to feel more confident and in control. With the map, he discovers new places and experiences that he would have never found otherwise. The map becomes his guide and companion.

The Torah is like our map of life. Just as a map can help the traveler find his way in a new city, the Torah can help a person navigate the complexities of life and make sense of the world around him. The Torah provides a person with a moral compass and a framework for making decisions. The Torah can also open up new perspectives and ways of understanding the world and oneself, and develop a relationship with his Creator. And as a person continues to study and follow the Torah, he develops a deeper understanding of its teachings and principles, and feels more confident in his ability to navigate the challenges and opportunities of life.