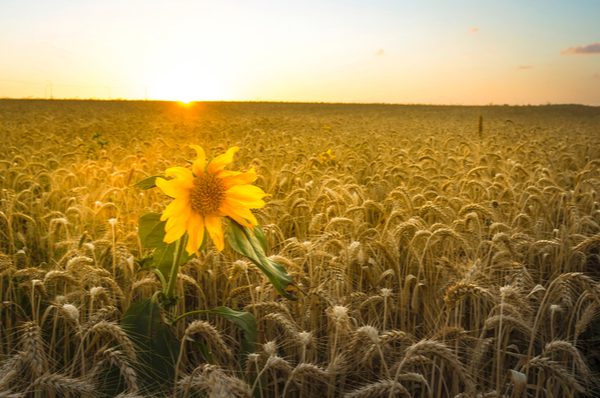 Thus Naomi returned from the country of Moab; she returned with her daughter-in-law Rut the Moabite. They arrived in Beit Lechem at the beginning of the barley harvest.

When Naomi, and her daughter-in-law Ruth, returned to Israel from the plains of Moab, they arrived at the beginning of the barley harvest. In fact, this is one reason why the Book of Ruth is read on the Feast of Weeks, which celebrates the barley and wheat harvests.

Barley, the second of the special agricultural products of the Land of Israel (Deuteronomy 8:8), looks similar to wheat but is a smaller grain, and is surrounded by long, hair-like strands. This explains its Hebrew name se’orah (שעורה), which comes from the word sei’ar (שיער), meaning ‘hair.’ Additionally, barley requires less water and ripens earlier than wheat.

In the Bible, the barley harvest signifies the beginning of spring. The omer, an offering of barley, was brought to the Temple in Jerusalem on the second day of Passover, corresponding to the sixteenth day of the month of Nissan. Only once this offering was brought, all grain that had taken root prior to the time of the offering could be eaten. The barley offering in the Temple was a joyous ceremony that teaches us the importance of dedicating a portion of our crops to our Creator before we eat from them ourselves.

In comparison to wheat, barely is a more lowly grain, commonly used for animal food rather than for human consumption. What is the lesson of the simple barley grain? Every person has parts of him that more resemble animals and parts that resemble the Divine. Man is plagued by animalistic desires and passions, yet at the same time, yearns for fulfillment, spirituality and a connection to the Lord. When it comes to the animalistic parts of man, a barley offering is in order; animalistic passions need restraining and binding to God. The message of barley and the omer offering is that man must use his physical desires in the way that God wants, thus ensuring that all his actions and thoughts are appropriate for someone created in the image of God, and bringing him even closer to the Divine.

Seven weeks later after the omer offering is brought, on the Feast of Weeks which celebrates the giving of the Torah on Mount Sinai, the offering that is brought is made from wheat. Barley is what animals are given to eat, while wheat is staple of human consumption. The offering made out of wheat on the Feast of Weeks, in contrast to the offering of barely brought on Passover, teaches us that following the Torah, the word of God, is what raises us from the level of animal to the level of man.