Figs: A Symbol Throughout Jewish History 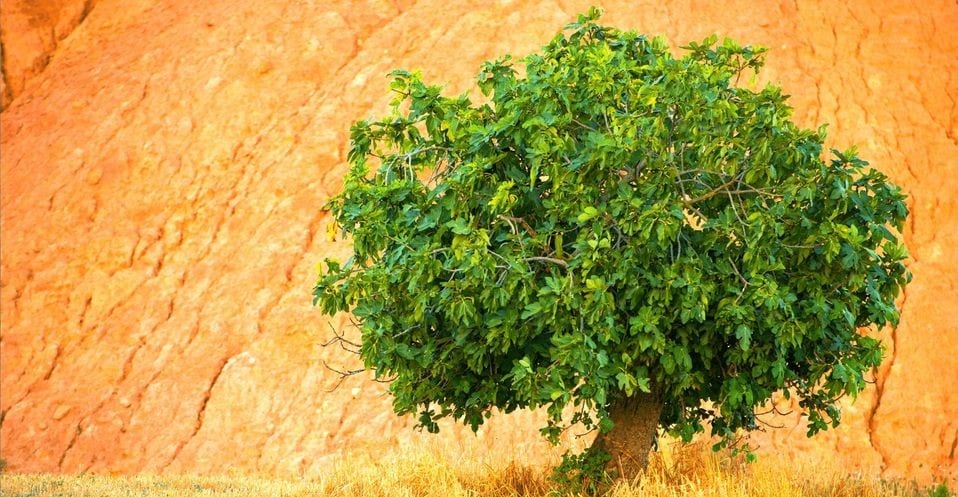 But every man shall sit Under his grapevine or fig tree With no one to disturb him. For it was God the lord of Hosts who spoke.

❝Every man shall sit Under his grapevine or fig tree With no one to disturb him.❞ Micah 4:4

The fig tree is very unique compared to other fruit trees in Israel. Its characteristically shaped leaves make it easy to identify even when it is bare of its delicious fruit. You will most often find this marvelous tree growing from the cracks in the walls of Israel’s many ancient ruins. Unlike most other fruit trees, the Common Fig has few nutritional 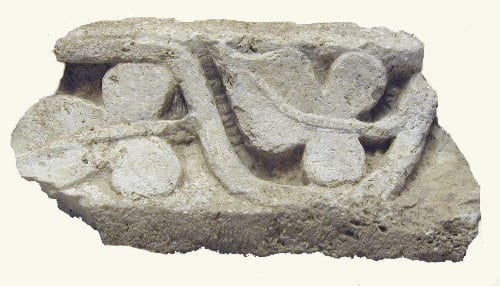 Carving of fig leaves in limestone found at Capernaum in Israel

needs and can thus grow in the most unlikely places. So long as a trickle of water can be found by its roots, the fig tree can grow in many different soils throughout the country and has done so for thousands of years.

It is remarkable how little the fig tree has changed over the centuries. Its aforementioned telltale leaves can be seen in a plethora of ancient artifacts discovered in the Holy Land. One of the oldest such representations can be seen in stone carvings from Capernaum, a synagogue from the time of the Hasmoneans, in Israel’s Galilee.

Fig iconography, in Jewish culture, represents abundance, wisdom, and fertility. It is so engrained into the psyche of this land that it can often be found chiseled into the wall art of many ancient dwellings, such 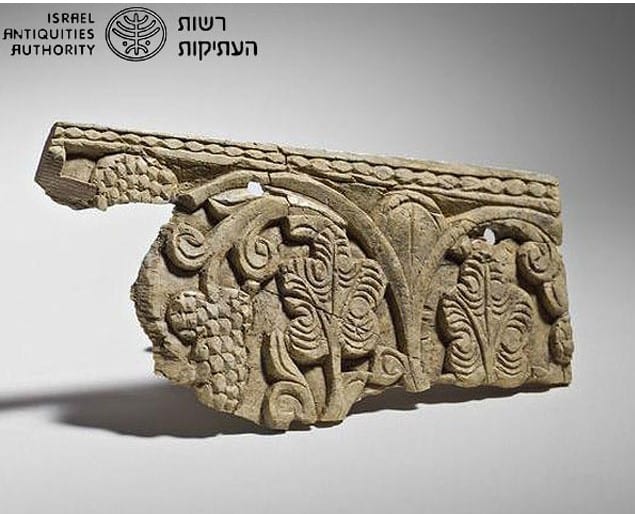 as those discovered and housed by the Israel Antiquities Authority.

Today, the fig tree can be found throughout the Mediterranean region and the fruit is commonly eaten as part of a Tu B’Shvat celebration by Jews in Israel.

This fruit tree has quite the reputation, one deserving of the first plant mentioned by name in the Bible. It was also one of the fruits that the spies brought back to Moses. In times of antiquity, blessings were accounted to areas that had an abundance of these trees. This can still be seen in several towns’ ancient names, such as Te’enat Shiloh (the Fig of Shiloh), Beit Pag (House of Green Figs) and Beit Te’enah (House of the Fig).

Perhaps, what the fig tree best represents is peace. Tranquility awaits anyone who can find the time to sit back against the fig trees smooth gray bark and listen to its unique leaves rustle softly in the breeze. A symbol of peace since the times of the Prophets, the fig tree is truly engrained into the heart and soul of the Land of Israel.