How Will We be Remembered? 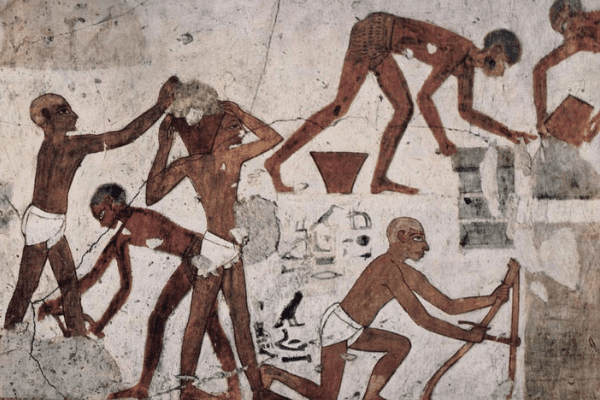 When you acquire a Hebrew slave, he shall serve six years; in the seventh year he shall go free, without payment.

After leaving slavery in Egypt, the Torah outlines for the Hebrews strict guidelines for slavery. Slavery appears frequently in the Bible, sometimes in a positive light, as it does with Eliezer the slave of Abraham and the handmaidens Bilhah and Zilpah, or in a negative light, as was clearly the case with Joseph’s experience in Egypt that resulted in centuries of slavery for the entire nation. As such, the Torah sets out strict guidelines for what is understood to be an unfortunate reality and cultural norm at the time.

Based on the verses in the Torah, the Talmud tended to consider slavery a form of contract between persons. In that sense, a Hebrew slave was more like a voluntary slavery, or an indentured servant, as opposed to chattel slavery where the enslaved person is legally rendered the personal property of the slave owner. Jewish men could be sold into slavery if they incurred a debt they could not repay or if they stole and could not repay the value of the theft, which, depending on the circumstances, could also include a penalty.

A Jewish male can only be sold into servitude for six years, and on the first day of the seventh year he is set free. In addition, all Hebrew slaves go free in the Jubilee year. Alternatively, the slave can redeem himself before the end of his period of servitude.

This is true of a maidservant girl, but she must also be set free if she “shows signs” of coming of age. Since young girls were technically under the auspices of their father, a girl could be sold into slavery by her father. In fact, though not ideal, purchasing a Hebrew maidservant could be a precursor to marriage.

At the end of his six-year term, the slave may choose to continue to serve the master. If he does so, his ear is pierced with an awl:

But if the slave declares, “I love my master, and my wife and children: I do not wish to go free,” his master shall take him before Hashem. He shall be brought to the door or the doorpost, and his master shall pierce his ear with an awl; and he shall then remain his slave for life. (Exodus 21:5-6)

The Talmud explains this:

Why the doorpost of all the parts of the house? God said: This is the very doorway that was my witness in Egypt when I passed over the lintels and doorposts of the houses of Israel. It was then that I said, The children of Israel will be slaves to me, and not slaves to my slaves, the people whom I took from Slavery to freedom. Now this person has deliberately acted to acquire a (human) master for himself – let his ear be pierced before that doorpost. Why was the ear singled out from all other limbs of the body? God said: The ear which heard my voice at Mt. Sinai saying, The Children of Israel are My slaves and not slaves to others slaves, and went and acquired a master for himself, let his ear be pierced through (Kiddushin 22b).

Jews are the slaves of God and must be free to serve their one true master. Therefore, the owner of a Hebrew slave may not negotiate terms that obviate this biblical mandate. It is forbidden to order the slave to violate biblical commandments such as working on Shabbat.

During the term of his servitude, the Hebrew slave must be treated well, as per the verse (Deuteronomy 15:16) which specifies that the reason the slave chooses to stay is that “he…is happy with you”. The slave may not be abused physically, and if he is struck, losing an eye or a tooth, he is set free. This is understood as a prohibition against any bodily injury, but the Rambam extends this to prohibit verbally abusing the slave.

The Talmud learns from this that the master may not eat better food than his slave, nor may he avail himself of better bedding than the slave. His master must provide sustenance for his wife and children

The slave must not be worked in a manner for which he is not suited or not used to. He must continue doing the skills he learned and may not be forced to do menial tasks.

For these reasons, the Talmud states that whoever acquires a slave has, in fact, acquired a master for himself.

A Canaanite slave (i.e.non-Jew), on the other hand, does not go free in the seventh year or in the Jubilee. He could be released if someone paid his worth. Like a Hebrew slave, he had to be released if he was injured by his master. Even more, a master who hits a non-Jewish slave gets the death penalty.

Even though he is not Jewish, his master may not order him to work on Shabbat. In addition, his owner is not entitled to sell him to a gentile, lest the new owner influence him to become an idolater. A slave that fled to Israel from abroad could not be turned in to his former masters if he preferred to stay in Israel. Furthermore, the Torah demands that such former slaves be treated equally to any other resident alien.

Rabbinic law mandates that non-Jewish slaves are to be offered the option to convert to Judaism during their first 12-months term as slaves. If accepted, the slaves are to become Jews, hence redeemed immediately. 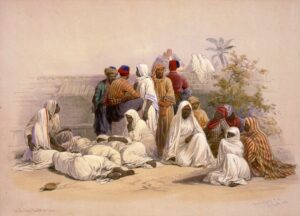 Though the very concept of slavery seems cruel and inhumane to us, in the context of the ancient world, slavery was the norm. In Rome, slaves were 30% of the total population. In Sparta, each free person had 70 slaves. While most people living in Western society shudder at the thought of slavery, based on estimates, approximately 21 million people today are still living under the status of forced, or coerced, labor. Historically, the life of a slave was not valued and they were treated as chattel, objects that existed for the pleasure of their owners, easily exchanged and devoid of any rights. Many rabbis understood that the Torah therefore came to mandate a vast improvement to the institution of slavery as it existed in that time.