Digging Our Own Wells 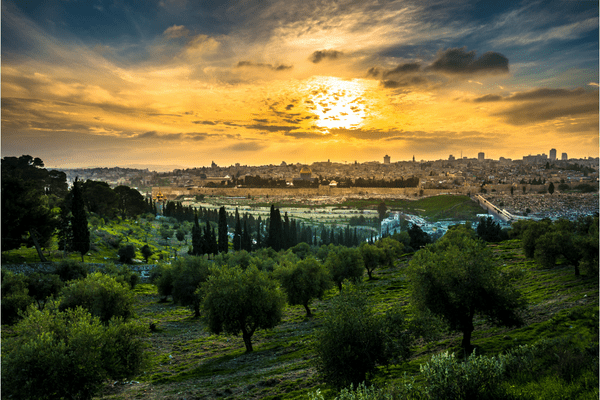 He moved from there and dug yet another well, and they did not quarrel over it; so he called it Rehoboth, saying, “Now at last Hashem has granted us ample space to increase in the land.”

Abraham was the man who brought monotheism to the world.  He and Sarah taught thousands upon thousands of their fellow men and women about God.  Their tent was always open for those in need.  And he passed the most horrible of tests with flying colors, ready and willing to sacrifice his beloved son for God.  For three full weeks we read of the exploits of Abraham in the synagogue and it feels like we have only been scratching the surface. But when it comes to Isaac, whereas Avraham gets three full weeks dedicated to his life and accomplishments, we only need about 3 minutes to read what the Torah says about Isaac before the story of Jacob.  3 minutes!

Why does the Bible tell us so little about the life of this patriarch and what were his accomplishments?

The first thing we read about Isaac’s life after his marriage and his father’s passing is the “story” of the wells, though I think it’s pretty generous to call it a story. The Torah records that the Philistines had filled up with earth all of the wells that Isaac’s father Abraham had dug.  Why?  We aren’t told.  But this was a violation of the treaty between his father and the Philistines.  And so Isaac re-dug these wells of his father.

And then Isaac dug some entirely new wells, in addition to the wells of his father that he had fixed.  And with this, the story begins to shift to the next generation.

The story leaves me wondering, who cares about wells! THIS was Isaac’s great accomplishment which we remember every year when we read the Torah portion of Toldot? Why is it that this is what the Bible chooses to teach us about Isaac?

Rabbi Simcha Bunim of Peshischa, one of the most insightful and unusual Hassidic thinkers in our tradition, believes that this simple and superficially boring story of the wells holds the secret to Isaac’s greatness. He explains that there are many paths to serving God.  But in order for one’s efforts to be accepted by God, they must have what he calls an inner life force.  Meaning, your service of God must be genuine and authentic; it must be connected to who you are, to YOUR individual soul!

It’s possible for one person to serve God in a particular way, and this service of God is incredibly holy!  And yet it’s also possible for someone else to serve God in exactly the same way, and for the second person it would be an utter failure!  Because for the first individual, serving God in this way derives from her inner life force – this is HER unique service of God!  But for the second person, serving God in such a way is inauthentic; her service has no inner life.

With this principle in mind, Rabbi Simcha Bunim explains the story of the wells.  The Philistines “filled up the wells of Abraham.”  They were NOT simply acting like rats just for the sake of being cruel.  No!  The Philistines revered Abraham and they desired to follow in his holy path!  But in trying to emulate Abraham, they made a great mistake – they tried to be exactly like Abraham.  And so, on a spiritual level, they “clogged up the wells of Abraham” – they copied the actions of Abraham, but without the inner life force of Abraham!

But Isaac also understood that simply copying his father’s way of serving God, like the Philistines did, would not be real – it wouldn’t be authentic!  Abraham was great, but Isaac was a different person!  Isaac had a different personality, different strengths and weaknesses, a different soul!  And so Isaac, in addition to re-digging his father’s wells, also dug new wells – his own wells!  Meaning, Isaac sought out his own, authentic way of serving God by drawing upon his own strengths and upon the root of his soul!

It was truly an awesome privilege to be the son of Abraham.  But for Isaac, the challenge was equally great!  It would have been all too easy for Isaac to mindlessly follow the ways of his father, or, on the other extreme, to reject the example of his father altogether. But Isaac was no Philistine!  He found the golden mean.  He learned from the example of his father but also dug his own wells of inspiration.  His service of God was unique, authentic, and with inner life.  And he taught us for all time that there is more than one way to be great!