Did they just find Noah’s Ark? 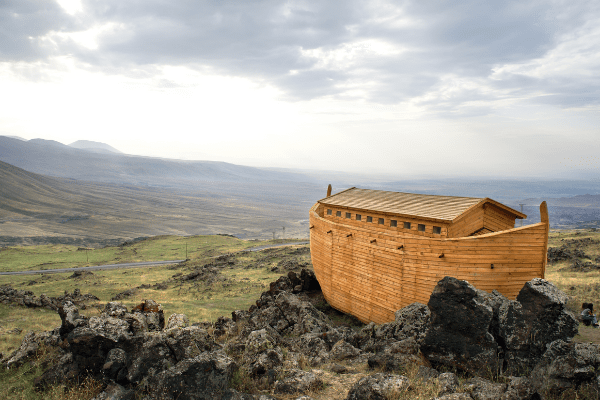 so that in the seventh month, on the seventeenth day of the month, the ark came to rest on the mountains of Ararat.

The Torah’s fantastic story of Noah herding animals onto his boat and taking care of them for 40 days and 40 nights while torrential rainfall flooded the earth is one of the most memorable and famous in all of the Bible. Faithful fans of Noah have even built incredible replicas all over the world.

The $100 million Ark Encounter in Kentucky has welcomed millions of visitors to tour its full-size replica that can fit 16,000 animals since opening in 2016. 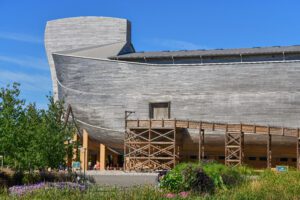 The Stern of the replica of Noah’s Ark, in Kentucky, USA (Shutterstock)

Across the pond, a Dutch businessman had a dream leading him to build the only full-size floating replica of Noah’s Ark, which he plans to sail from the Netherlands to Israel, “This is a copy of God’s ship. It only makes sense to take it to God’s land.”

So what happened to the original Noah’s Ark? Well that too is a fascinating story.

During a military aerial survey on September 11, 1959, Turkish Army Captain Ilhan Durupinar discovered an unusual boat-shaped formation on Mt Tendürek, an area associated with the Ararat Mountains. that conforms with the dimensions described in Genesis.

Researchers noticed that the formation conforms with the dimensions described in Genesis:

This is how you shall make it: the length of the ark shall be three hundred amot, its width fifty amot, and its height thirty amot. (Genesis 6:15)

Scientists began studying the site in the 1970’s and their geophysical surveys showed layers and interesting angular structures below the ground. New ground-penetrating GPR data shows parallel lines and angular structures buried below the surface, which according to scientists is not something you would expect to see in a natural, geologic formation.