Abraham Accords Signals the Reconciliation Between Isaac and Ishmael 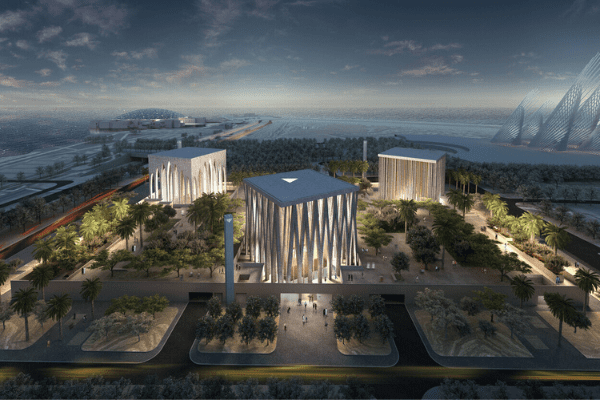 His sons Yitzchak and Ishmael buried him in the cave of Machpelah, in the field of Ephron son of Zohar the Hittite, facing Mamre,

The Torah says that Ishmael was a wild child, whose bad behavior caused him to be kicked out of the household of Abraham. Sarah sees Ishmael’s evil practices and banishes him and his mother Hagar out of their home. Ishmael goes on to become a thorn in the side of his brother Isaac in the Bible and throughout history, as the father of the Arabs.

However, according to Jewish tradition, in the future, Ishmael will repent and reunite with Isaac, following again in the footsteps of his father Abraham. This optimistic vision is based on our verse. Since Ishmael was older, his name should have been mentioned before Isaac. The fact that our verse claims that “Yitzchak and Ishmael buried” Avraham shows that Ishmael repented and let Yitzchak take the primary role as the spiritual successor of Abraham. All of this is subtly alluded to in the verse since Isaac is mentioned before Ishmael.

When the Abraham Accords were launched a year ago, Israel365 News carried many articles claiming that the prophetic era of reconciliation between the descendants of Isaac and Ishmael had finally arrived. “A paradigm shift of Biblical proportions” read one headline, and reporters offered their “prophetic perspectives.”

In the past year, there have been many encouraging moments since the historic Abraham Accords.

The UAE is building a new synagogue, mosque and church in Abu Dhabi on an interfaith compound called the Abrahamic Family House, a beacon of hope for a Muslim country to encourage Jewish and Christian worship.

Arab countries began to learn about and commemorate the Holocaust and to combat anti-semitism in the region. The United Arab Emirates (UAE) and Israel carried out a historic, lifesaving exchange of kidneys for the first time that has saved the lives of three women. Tourists are traveling back and forth between the two regions and learning about one another, and business deals have blossomed with trade increasing each month.