A Relationship Under Pressure 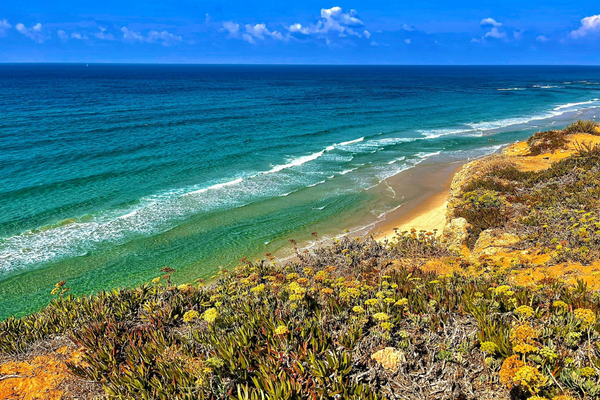 They said to him, “Where is your wife Sara?” And he replied, “There, in the tent.”

As we read about the awe-inspiring and history-altering moments of Abraham and Sarah’s life, there is another, parallel story that we read about in the Bible – the story of their relationship.  It’s a more subtle story, certainly, and easy to miss.  But it’s a story, I believe, that we were meant to notice.

A little bit of context that is all too easy to forget: Abraham and Sarah lived a hard life.  Torn away from their families, God promised blessing and abundance – but there was plenty of hunger, hardship and stress along the way.  And all too often, these hardships placed a tremendous strain upon their marriage.

How did their relationship fair throughout all of these obstacles? And why does the Bible tell about these interactions? Is it not a violation of their privacy?

In the Torah portion of Lech Lecha, when Abraham and Sarah traveled to Egypt during a famine, Abraham makes a strange comment to Sarah:

On a simple level, this is beautiful – our grandfather Abraham is telling our grandmother Sarah how beautiful she is (a good reminder for all of us!)!  But the literal translation of the Hebrew means “I just now realized that you are beautiful”.

The medieval biblical commentator Rashi explains, astoundingly, that Abraham and Sarah were so modest that Abraham never realized Sarah was so physically beautiful!  It was only now, because Abraham was afraid the immoral Egyptians would kill him and take Sarah as their own, did he really pay attention to her physical beauty.  And so he asks Sarah to present herself to the Egyptians as Abraham’s sister instead.  Predictably, Sarah was taken by Pharaoh to be a part of his harem.  Now it’s true that, in the end, God saved Sarah and returned her to Abraham.  But the stress must have been terrible! And the explanation of Rashi implies that there is a formality, a distance between Abraham and Sarah.

Years later, when Abraham and Sarah came to the land of Abimelech, Abraham was once again afraid that he would be killed because of Sarah.  And so once again, he and Sarah did the “brother-sister” act.  Only this time, Abraham didn’t ask Sarah’s permission. “Abraham said of Sarah his wife ‘she is my sister'” (Genesis 20:2, The Israel Bible p. 47).  This time, Abraham simply announced that Sarah was his sister – and Abimelech promptly took Sarah to his home.

The Rabbis are very tough on Abraham, saying that this “brother-sister” act was against Sarah’s will and not in her best interests!  Obviously, Abraham was afraid for his life; he never intended any harm!  But this whole experience could only have been terribly painful for Sarah.  We are left to imagine the conversations Abraham and Sarah had after these terrifying episodes?  How it must have challenged their closeness and trust…

But this is only part of the stress on Abraham and Sarah’s relationship.  For decades, both Sarah and Abraham yearned and prayed desperately for a baby.  Finally, Sarah told Abraham to take Hagar as a mistress – so that if a son would be born to Hagar, Sarah could raise him as an adopted child (Genesis 16). Imagine how this must have felt for Sarah!

But when Hagar conceived, the Torah tells us that she looked down upon Sarah.  According to the sages, she would tell people: “Sarah is clearly not as holy or righteous as she seems – for she is barren, and I became pregnant right away!”

In her pain, Sarah lashed out at Abraham: “The wrong done me is your fault!” (Genesis 16:4)

But what did Abraham do wrong? The sages explain that Sarah accused Abraham of only praying to God that HE should have a child.  “You should have prayed for US, for both of us!”

The pain in this interaction is so obvious, it hurts to read it even now, thousands of years later!  All the pain that built up over the years boiled over;  Sarah feels insulted and cast aside.  And Abraham must feel that Sarah is being terribly unfair; she had told Abraham to take Hagar as a wife in the first place!

They’re alone in the desert, with only each other for support, and yet the distance between them seems to be growing wider and wider.

Eventually, as we know, the angels bring miraculous news – that Abraham and Sarah would have a baby.  But the birth of Isaac didn’t end the tension in Abraham and Sarah’s relationship; the problems don’t just go away.

When Ishmael acted sinfully and dangerously, Sarah demanded that Abraham send Ishmael away – “kick him out!” – so Isaac would not be spiritually harmed.  But Abraham’s view of the situation was radically different from Sarah’s: ”The matter distressed Abraham greatly” (Genesis 21:11, The Israel Bible p. 49). Again, the tension in the relationship is palpable!

Clearly, God wants us to pay attention to Abraham and Sarah’s marriage – otherwise these painful interactions wouldn’t be in the Torah in the first place!  And certainly, as we’ve just seen, the Rabbis didn’t hesitate to discuss their marriage – even in critical terms.  And this, too, is for a reason.

Alain de Botton, in The Course of Love, shares a deep insight:

The ordinary challenging relationship remains a strangely and unhelpfully neglected topic.  The extremes repeatedly grab the spotlight – the entirely blissful partnerships or the murderous catastrophes – and so it is hard to know what we should make of, and how lonely we should feel about, such things as immature rages, late night threats of divorce, sullen silences, slammed doors, and everyday acts of thoughtlessness.

The real experience of a relationship between husband and wife plays out in private, at home, hidden from the eyes of other people – friends and family included!  We spend time together, socially, with other couples, but we don’t really know what’s happening behind closed doors.  And since everybody else’s experience of marriage remains a secret to us, we have no way of knowing if our own struggles are a normal part of marriage, or if we’ve made some sort of unusual and fundamental error.  We are left completely in the dark.

I believe this is why the Torah gives us a “peek behind the curtain” – why we are given a glimpse of what the married lives of our forefathers and foremothers were really like – on the inside!  Our Father in Heaven knew how lonely couples can feel when they struggle in marriage.  And so He gave us models, examples, of extraordinarily holy people who, despite their holiness, dealt with challenges in their relationships.  What greater comfort can there be for married couples struggling to achieve happiness together?

But the lesson of Abraham and Sarah goes deeper.  At every engagement party it seems that people say the bride and groom are “perfect for each other.”  But the reality is, this is a lie!  If we’re completely honest, no two people are truly “compatible” in every way.  Our interests, our emotional needs, the way we experience the curveballs of life – we are all too varied and particular to ever be fully aligned with another human being!

This way of speaking, of thinking that people are “perfect” for each other, can be dangerous.  Because as Eric Fromm writes, it leads to the frequent illusion that love means the absence of conflict – which simply isn’t true! Marriages, by their very nature, are meant to be challenging!

For the goal of marriage is NOT to remove these differences, and somehow transform husband and wife into a perfectly unified, lean mean marriage machine.  Rather, the goal of marriage is to negotiate inevitable and permanent differences with empathy and good grace – for husband and wife to try to understand each other, as best they can, even when their spouse seems irrational or unfair!

When the three angels come to Abraham and Sarah’s tent, they say to Abraham: “where is you wife Sarah?” (Genesis 18:9, This Israel Bible p. 42).  It’s an odd question; these are Divine messengers, on a mission from God.  Do they really not know where Sarah is?

And the sages add another wrinkle to this conversation.  In the Torah text, above the words “They said to him,” there three extra dots. And if we read only the letters connected to those dots, we get the word “איו” (aiyo), “Where is he.” Interpreting this, the Rabbis say that the angels were ALSO asking Sarah: “Where is Abraham your husband?”

What is the significance of these questions?  The commentator known as the Kli Yakar explains:

My heart tells me that the questions “Where is she?” and “Where is he?” were not spatial questions, meant to determine where she or he actually were. Rather they were questions about their “levels”…

In other words, the angels were asking Abraham and Sarah to describe one another, to remember each other’s wonderful qualities – to remember the things they love about each other!  They are being asked – reminded – to praise one another!

The angels are telling Abraham and Sarah – “Yes, you have issues.  So what – everybody has issues!  And the two of you have been through so many painful challenges – more than most!  But at the same time, never forget what you love about each other!  Never forget each other’s good qualities, the kindnesses and love you have shown to each other through the years!”

And this is exactly what Abraham and Sarah did.

It was a life, and a marriage, filled with great tests and challenges.  It wasn’t “perfect” in the simple meaning of the word.  But it was, ultimately, a marriage of deep and lasting love – a marriage that became the foundation for all that the Jewish people have accomplished in this world!